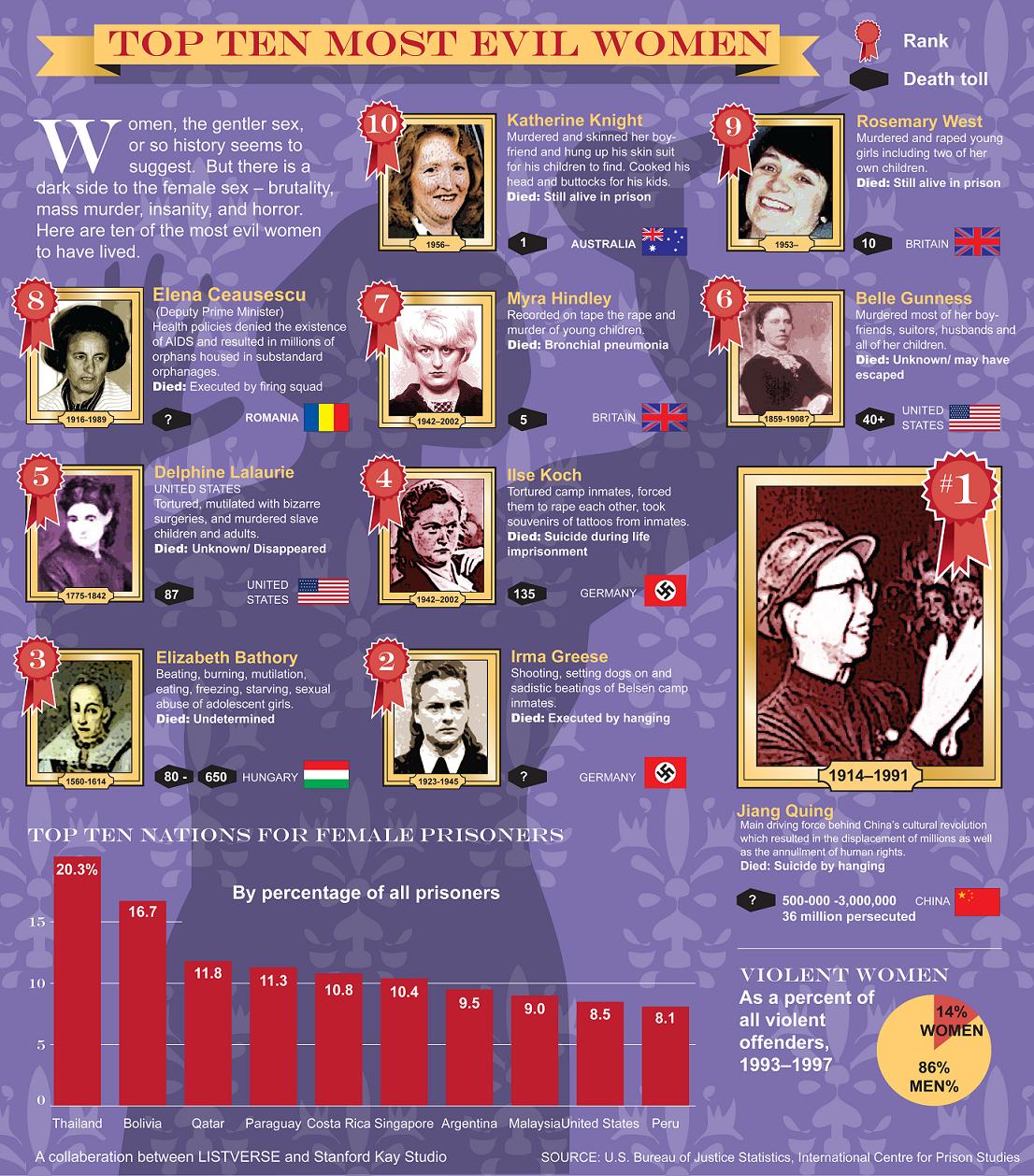 Murdered her boyfriend, skinned him and hung up the skin suit. Cooked his buttocks and head.

Charged with murder and rape of young girls, including her own two two children, now lives in prison.

Health policies introduced by the Deputy Prime Minister of Romania resulted in millions of children being abandoned and subjected to poor living conditions in substandard orphanages.

Recorded the rape and murder of young children on tape.

Murdered her boy friends, suitors, husbands and her own children.

Tortured camp prisoners and took tattoos of inmates by murdering and skinning them.

Abused adolescent girls, burned, mutilated and even ate them.

Set dogs against the inmates of Belsen camp, beat up and shot them.