Deforestation is a serious problem that is affecting the entire planet in a way which is far graver than we think. To know more about deforestation, its causes and effects, please read the following.

The destruction and the deforestation of forest land that is caused mainly by expanded agricultural activity in the tropical developing countries are accountable for roughly 12% of all greenhouse gas emissions. The use of electricity and heat is responsible for 25% of global GHG emissions. 25 countries, most of which are developing countries in the tropics accounted for 95% of all forest based emissions from 1990 to 2005.

How to Reduce Deforestation

50% of the world’s tropical forests have been cleared or degraded. Some steps that we can take to avoid deforestation are: 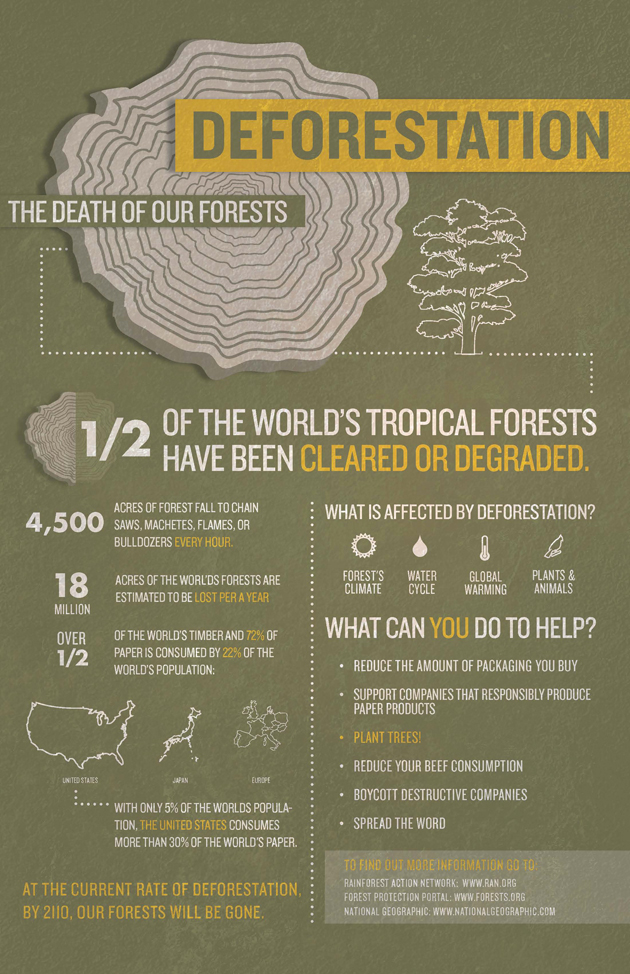 If forests are destroyed by the means of logging or burning, their carbon is released into the atmosphere as carbon dioxide which is a climate changing greenhouse gas. Global deforestation contributes 20% of the carbon dioxide emissions. Nearly 300 Million tons of carbon which is roughly 40 times the annual greenhouse gas emissions comes from fossil fuels. Forests are responsible for regulating the earth’s climate because they store nearly 300 Billion tons of carbon.

How the World is Losing its Forests and Grasslands

In South America and Asia, the major reasons for deforestation are simply a matter of survival and providing for one’s family. The other major economic reasons are oil plantations in Indonesia and China, along with soybean and cattle farms in Brazil. There are over 12 million hectares of land lost each year to desertification. This drives the hunger for more land which in turn contributes to the need to clear 4500 acres of forest every single day. 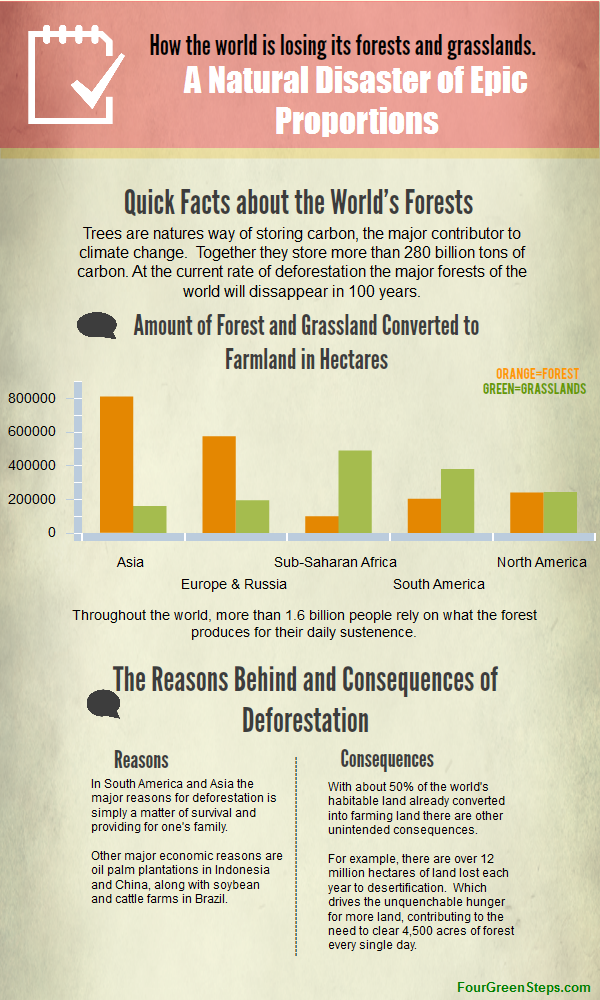 It is a fact that it takes about 10 to 15 years for a young plant to fully mature but it takes less than 1 hour to cut a tree down. Trees are made up of 50% carbon. When a tree is felled or burned, the CO2 they store escapes back into the air. Some 13 million ha of forests worldwide are lost each year, almost entirely in the tropics. 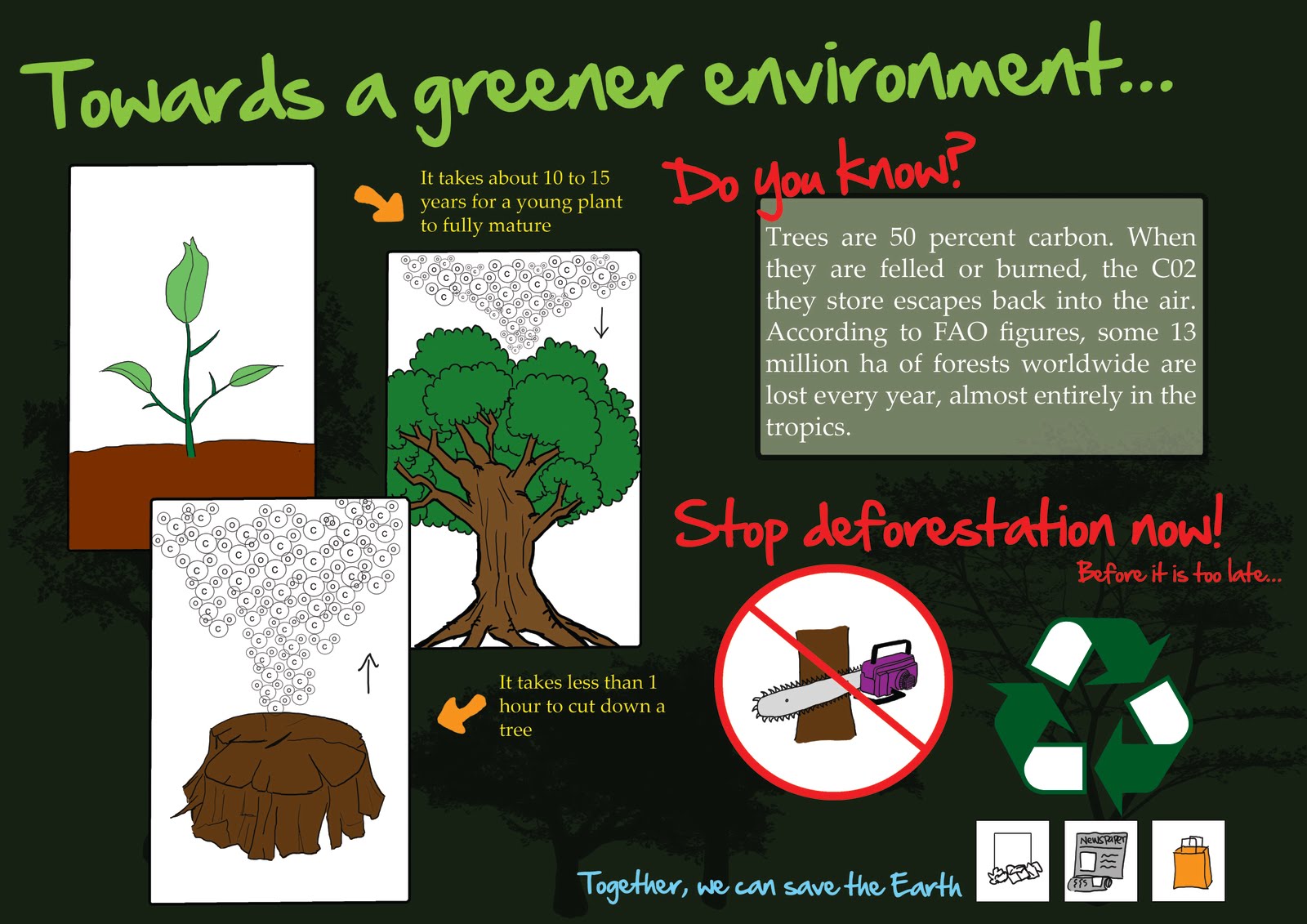 Rainforests play a vital role in locking up the carbon in their vegetation via the process of photosynthesis. But when forests are burned, cleaned or degraded, large amounts of carbon are released into the atmosphere in the form of carbon dioxide and other greenhouse gases. 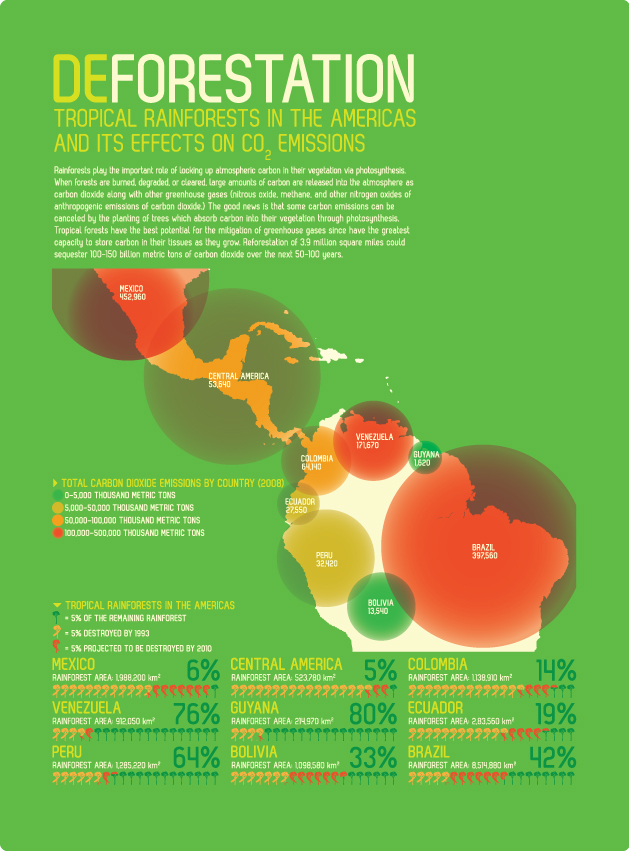 Tallest Dinosaurs in the World