Where are the best places in the world to soak up the sun? The answers may surprise you! You may imagine sunny beaches, pristine emerald green waters and lush forests in the South American country of Colombia.

The Colombian city of Totoró is actually the least sunny place in the world, getting just 637 hours annually. While there are sunny, sweltering places in Colombia, the mountainous nature of the country makes for a dynamic climate. Contrast Totoró with Yuma, Arizona, which receives an average of 4,015.3 hours of sunshine annually!

Yuma’s location at a fertile crescent between the Gila and Colorado rivers combined with perpetual sunshine makes for a year-round growing season. 90% of the United States’ lettuce is produced in Yuma and the surrounding areas. 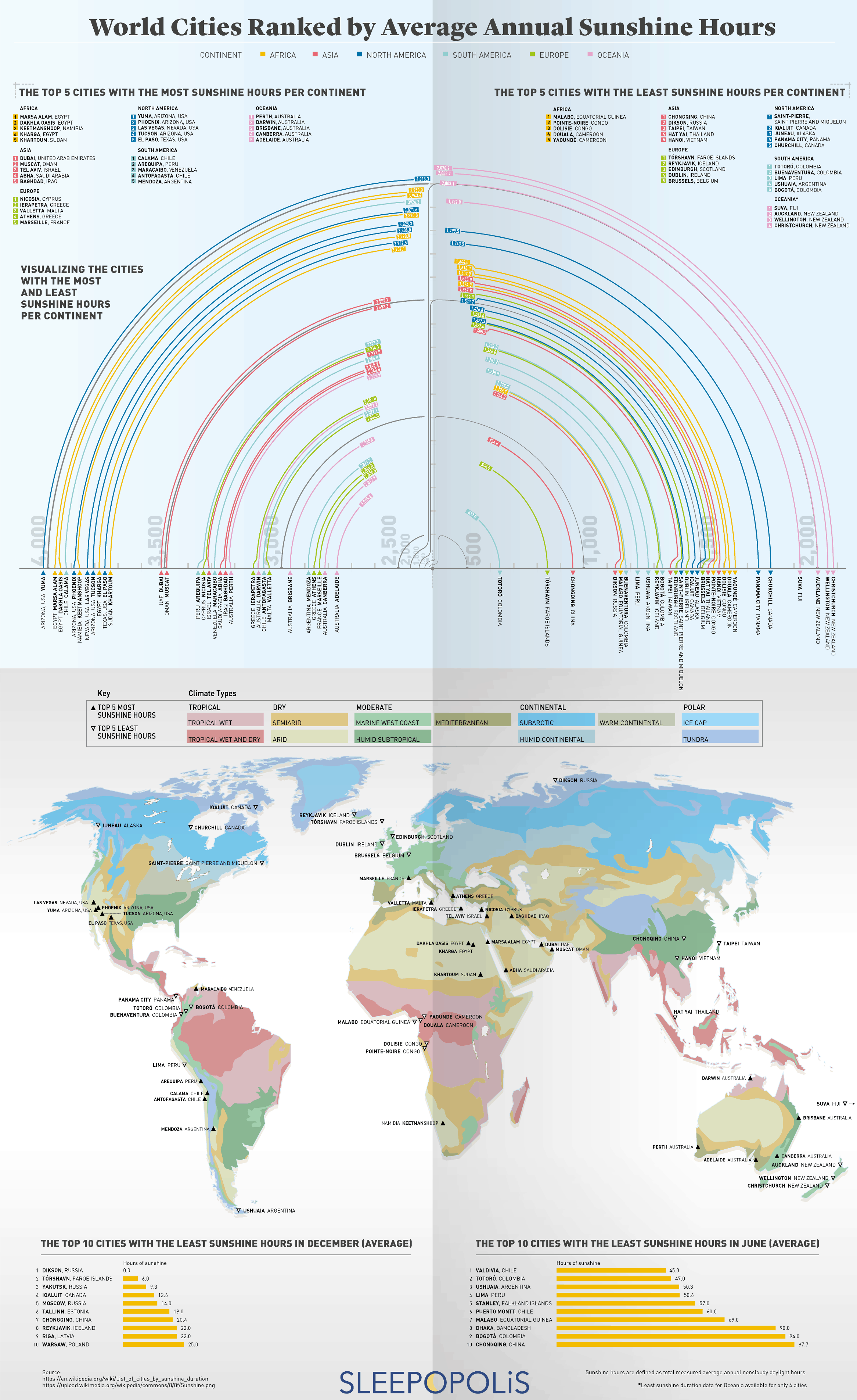