Home  »  Economy Graphs   »   The Average Funeral Cost Across America: Which Cities Have the Most Expensive Funerals?

The Average Funeral Cost Across America: Which Cities Have the Most Expensive Funerals?

Did you know that the average cost of a traditional funeral in the United States is $7,360.00? Not only that, but the average cost of a cremation in America is $6,260.00. This infographic from Choice Mutal takes a closer look at the cities across the country where the costs for both are either the most expensive or least expensive, including a look at the 15 most populous cities.

The data on this infographic from ChoiceMutual.com shows that Las Cruces, New Mexico is the cheapest city in the country for both services, with Olympia, Washington and Moore, Oklahoma rounding out the top three in both categories.

Rockville, Maryland tops the list in both categories for being the most expensive, with an average cost of $9,847.00 for traditional funerals and $6,170.00 for cremations. When it comes to the most populous cities in the country, the most expensive burials are in Houston, Texas! Did your city land anywhere on this infographic? 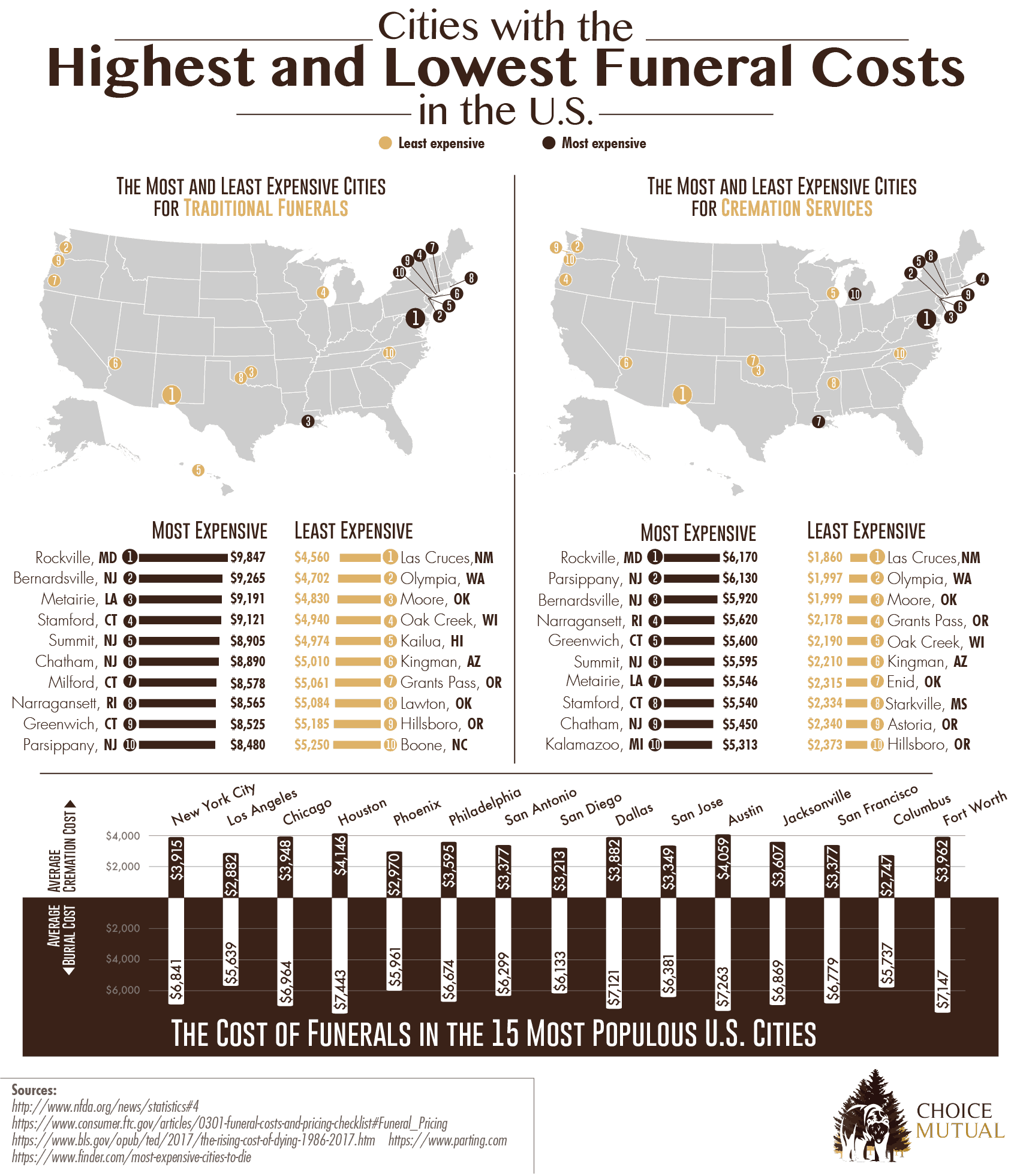