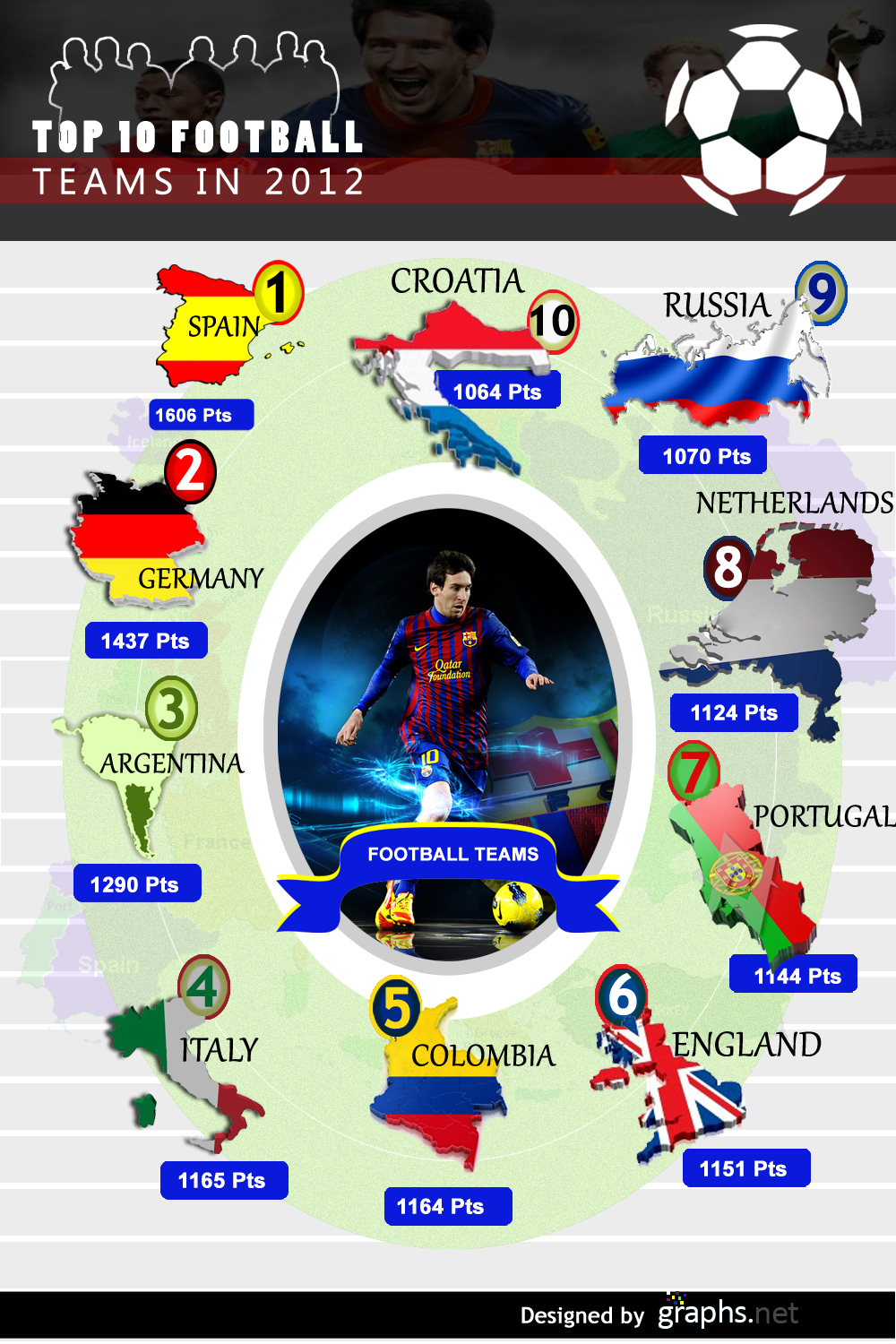 Football is one of the most popular game which is played across the globe and there are large numbers of fans who support their favourite team in the game. If you also wish to see where does your favourite team stands then the following list of top 10 Football teams in the year 2012 will be of great interest to you.

The bottom most position in the list of top 10 Football Teams in the year 2012 is grabbed by Croatia with 1064 points.