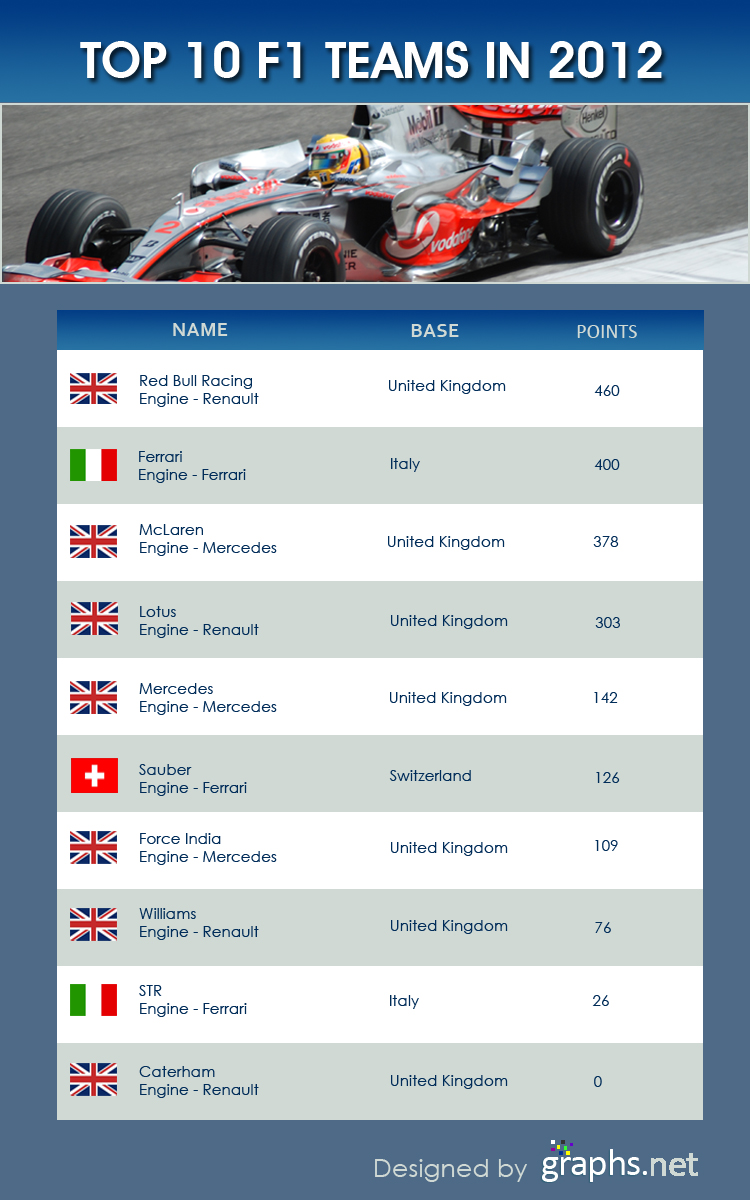 If you are a F1 lover then the following list of top 10 F1 teams in the year 2012 will surely attract you. The top position in the list goes to Red Bull Racing Engine-Renault with UK as base and the team has a total of 460 points.

The 2nd position is bagged by Ferrari Engine- Ferrari of Italy with 400 points. The 3rd and the 4th position in the list goes to McLaren Engine- Mercedes of UK with 378 points and Lotus Engine-Renault also of UK with 303 points respectively.

The UK’s Mercedes Engine- Mercedes with 142 points stand at the 5th position whereas the 6th position is bagged by Sauber Engine- Ferrari which has total 126 points.

In the list of top 10 F1 Teams in the year 2012, the last position goes to Caterham Engine- Renault which has a base country of United Kingdom and has 0 points.