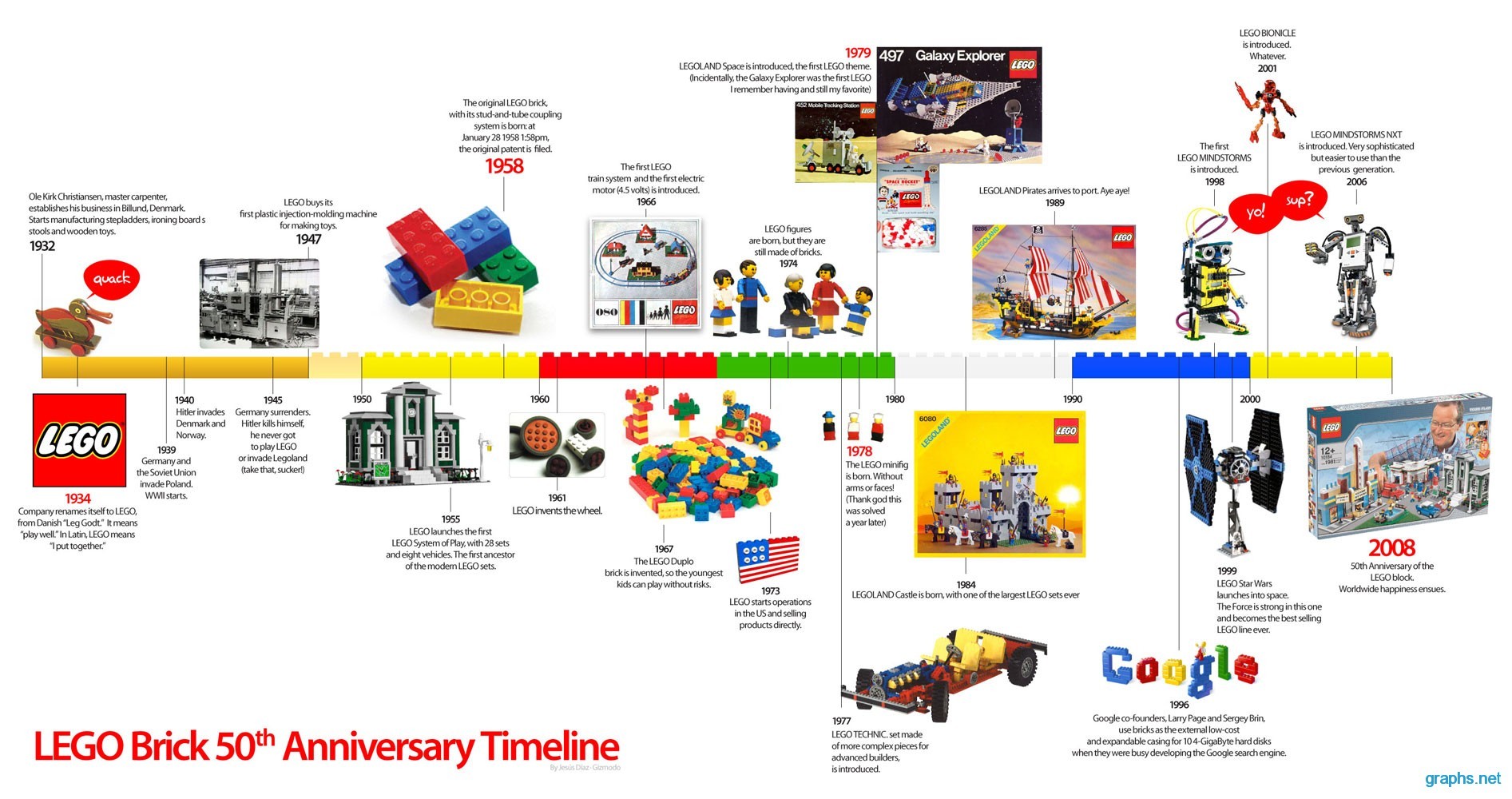 The legacy called Lego is every child's dream toy. Let us look at the major milestones in the history of Lego.

A Danish carpenter was the founder father of this great organization. Post world war 2, the company got its first plastic injection-molding machine and rolled out their first set of Lego bricks. This was in 1958.

In 1966 the first Lego train and engine set was launched. In 1973, the US operations of Lego was launched. The year 1974 saw the invention of figures in the bricks format. Up until 1990 many new thematic Lego sets were introduced into the market including the star wars kit.

The new millennium saw the introduction of tech-savvy Lego bricks, made for the technology inclined Lego lovers. Today, robotic Legos continue to thrill the creative geeks around the world.