The Science behind Superheroes is the longest comic ever which is a crafted comic’s limited series. The super strength of Superman on earth makes him capable of lifting up to 800,000 tonnes which is 8 million times than an average bench presser. If jumped from a 152m high building, 4.6 meters of electrically charged wingspan would allow the batman to glide for 349m at the speed of 109kph before he comes down to the ground at 80kph.

In his films, James Bond has travelled to more than 50 countries among which the destination which featured majority of the times in his films included UK that is 11 times which is followed by USA, Italy and France with 8, 5 and 4 times respectively. The most expensive car that is used by James Bond is the original DB5 which he drove in Thunderball and Goldfinger and the car had a cost of around $8,665,000.

Cost for being a Batman:

Salma Hayek with its little Black dress in 1996, Eva Mendes with its red halter dress, Rihana in its printed maxidress in 2007 and Selena Gomez in her Giambattista Valli dress are among the best of the MTV Movie Awards Red Carpet.  If we look at the worst list of the Red carpet then the names like Sarah Jessica Parker in 1993, Halle Berry in 2000, Paris Hilton in 2003 and the recent dress of Christina Aguilera in the year 2010 can be considered. 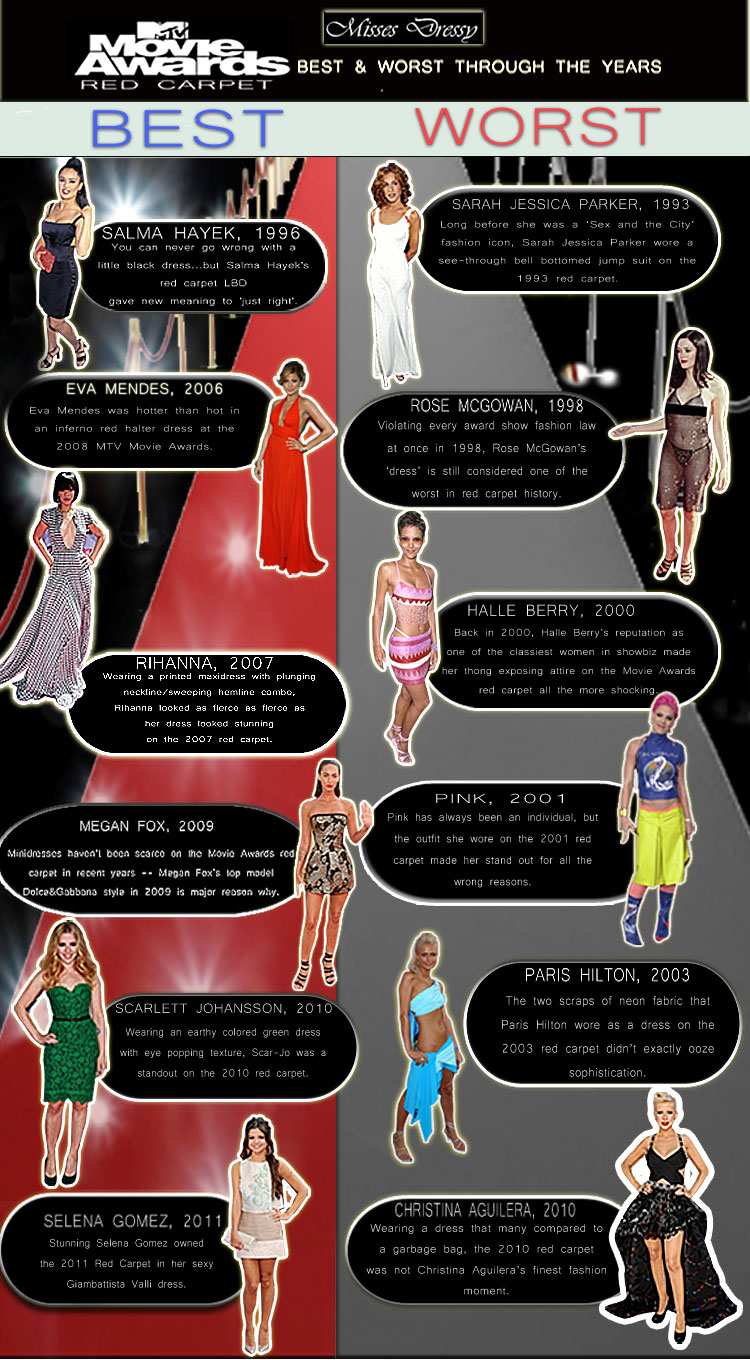 The Opening Video montage at the academy awards stands at 6% negative, 17% positive and 77% neutral. When it comes to the Oscar buzz, The Dictator stands at the top most position with 35% followed by The Artist with 34% and then Meryl Streep with 15%.

Some of the most popular TV shows till date include names like I Love Lucy, The Honeymooners, The Andy Griffith Show, Saturday Night Life, Seinfeld and The Sopranos.