Dogs are one of the most widely owned pets in the world and only fall behind cats. If you wish to know more about dogs, then please read the following:

The Benefits of Owning a Dog

Some benefits of owning a dog are:

Some Facts about Canine Communication

Food You Should Never Feed Your Dog

Some foods you should never feed your dog are: 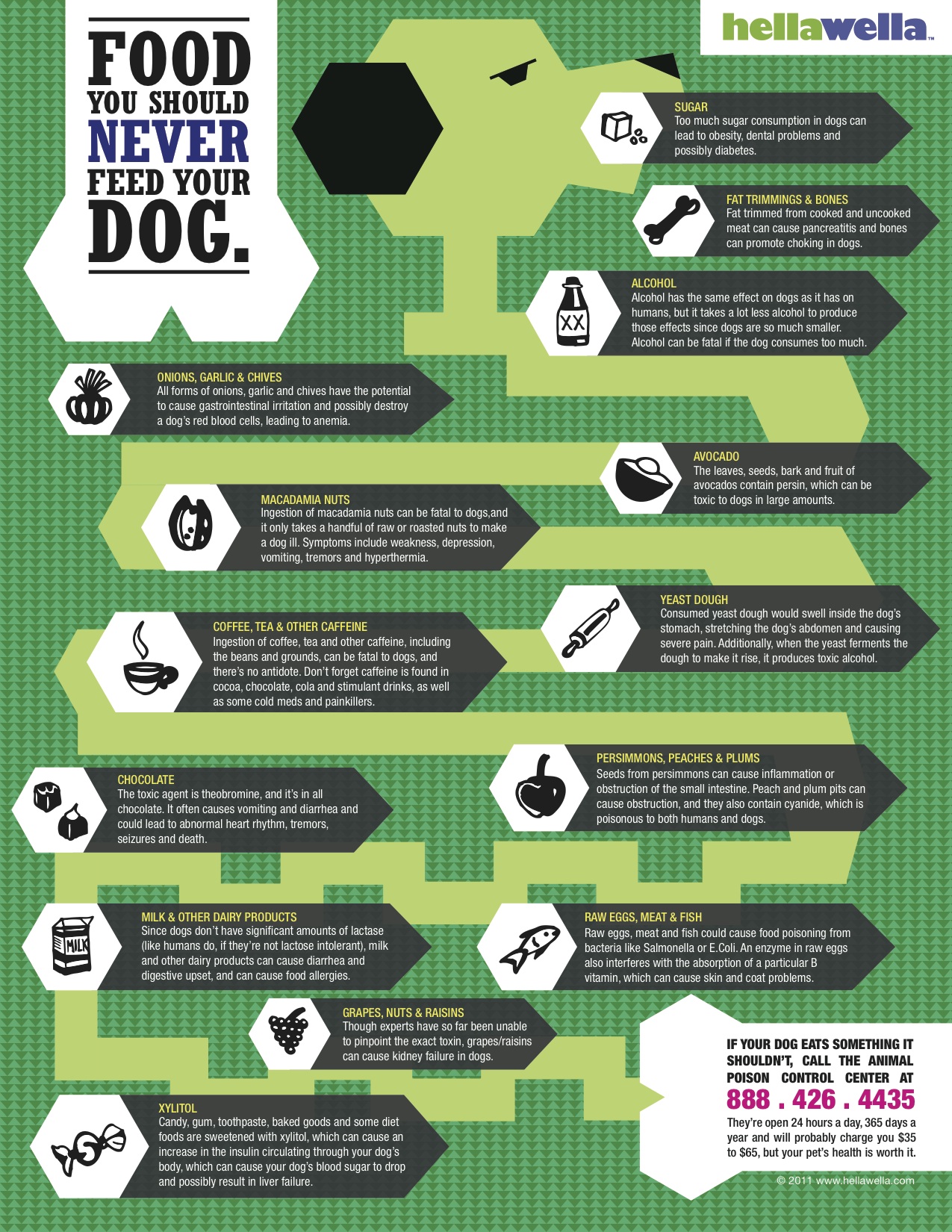 Some of the most popular dog names are:

Lassie is the most famous TV dog whereas Laika is the first animal in space. Giant George is the tallest dog ever and Sylvia is the shortest dog ever.

Some dog development stages are Embryo stage, puppy stage, maturity stage and Rainbow Bridge. Dogs are born deaf and blind and are totally dependent on their mothers. During the second week, the ear canals of dogs open for the first time. By the end of the 18th month, dogs reach their sexual maturity.

Owners with 3 or more dogs are more likely to have socialized their dog when it was a puppy. Most dog owners think that their dogs are better trained than those belonging to other people. 94% of people do at least some training with their dog at home.

Bluey the Australian cattle dog was owned by Les Hall of Rochester, Victoria is the oldest dog ever and lived for 29 years. The oldest dog breed is the Saluki breed. Tigger, a bloodhound from USA has the longest recorded ears on a dog. The Giant George is the tallest dog ever.

Top 10 Most Dog Friendly US Cities

The Expense of a Pet

In the year 2012, American expenditures in the pet industry as a while were somewhere around $52.87 Billion. The cost of a pet varies by breed and where you are buying it from. But if you are going to adopt, fees can range from $15 to $350.The fees can include costs for vaccinations, spraying, microchip, flea treatment and heart-worm tests.

68% dog owners say that their dog has damaged their electronic equipment. One must try and keep the computer clear of fur, prevent breaks and spills, prevent scratches and protect your files.