Forests are very important as they maintain the global ecosystem and have various other benefits as well. People all across the globe are making efforts to preserve the forest and plant tress.

Deforestation and its Consequences in America

There are various reasons of deforestation in America which may include urban expansion, agricultural needs and others. Due to deforestation the air quality in America has diminished and has led to the reduced level of carbon dioxide sequestration. 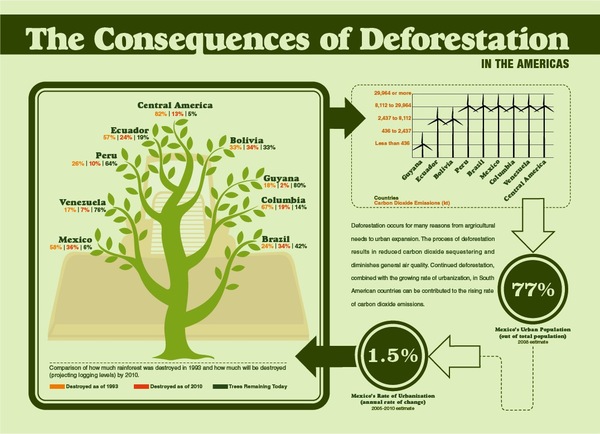 Rainforests filters huge amount of carbon dioxide from the atmosphere and acts as hotspots of biodiversity. But due to increased palm oil plantations and the usage of palm oil in various types of products like soaps , cosmetics and detergents the rainforests are destructed which is leading to large amount of carbon pollution, species extinction and community conflict. 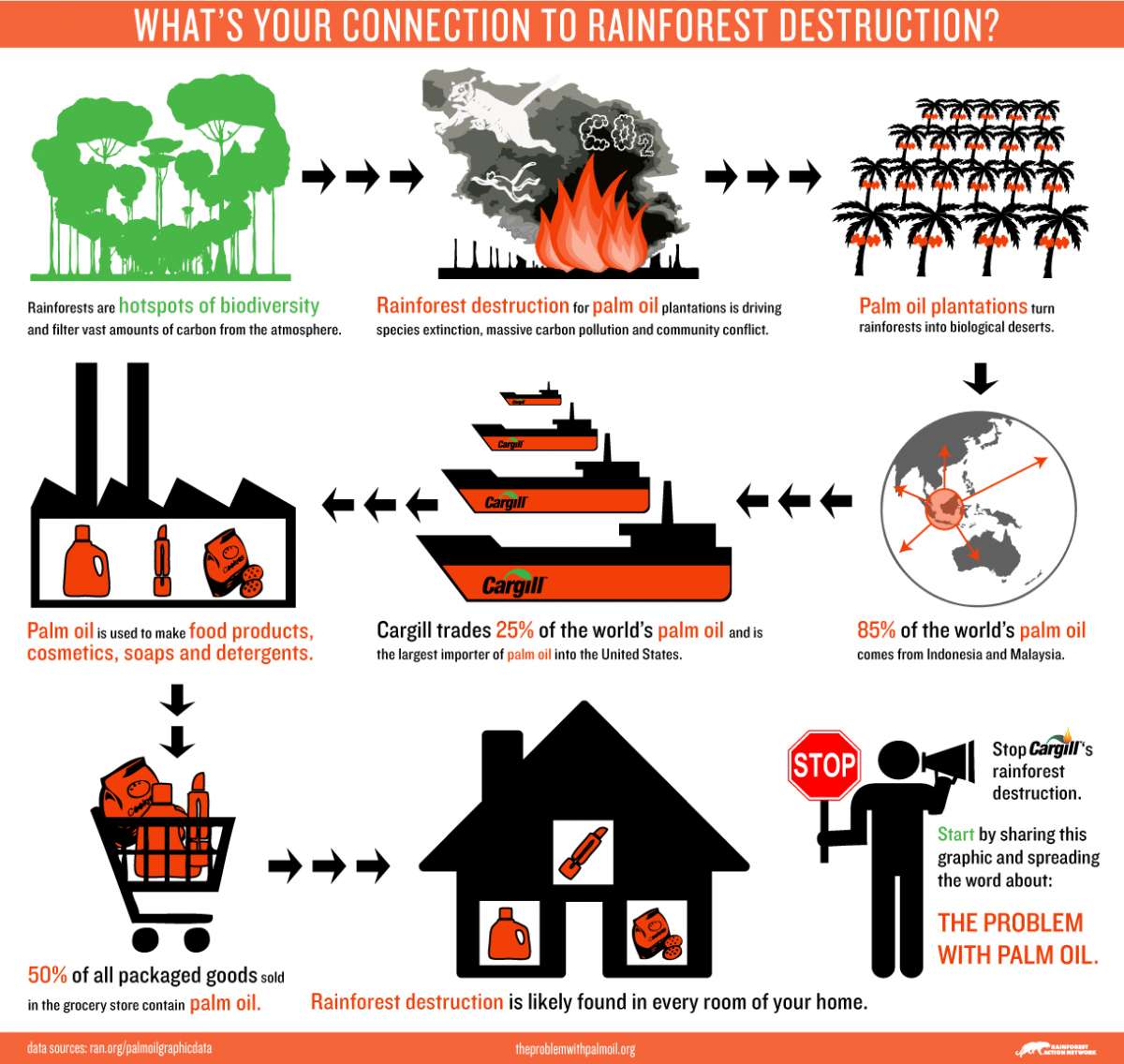 Sending Fax and Cutting of Trees in US

There are various different types of forest fires including brush fire which spreads along the vegetation that lies low, the crown fire that burns the tall shrubs and the crown of the tress and the peat fire that includes mild peat starting at the depth of around 25cms and massive one that burn at a depth of around 50cms. 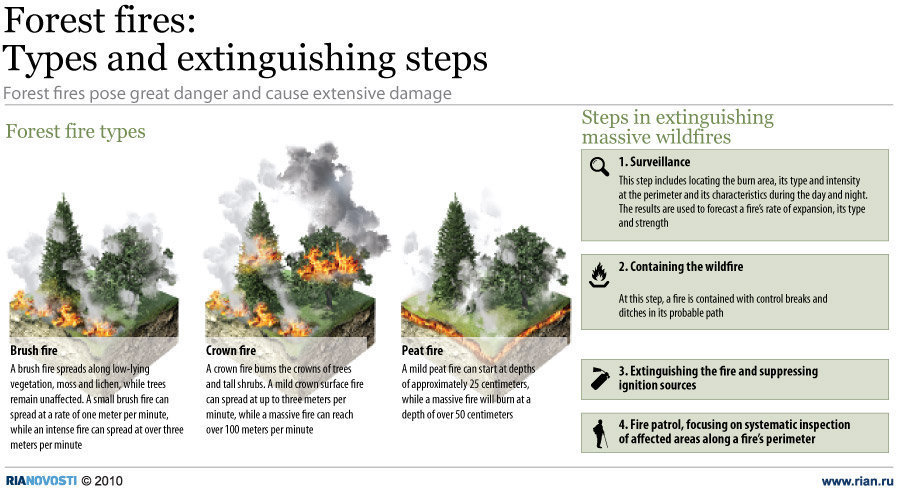 How does your Globe and Mail reach your Doorstep from the Forest:

The Globe and the Mail make use of the trees from the forests that are inspected regularly and are regularly replanted. Then at the mill the paper is produced with minimal waste and the newspaper is printed on the recycled fibre content paper. Then after collecting the news, they are printed on paper which is imaged through laser and then the final newspaper is distributed across Canada through more than 17,000 retail outlets. 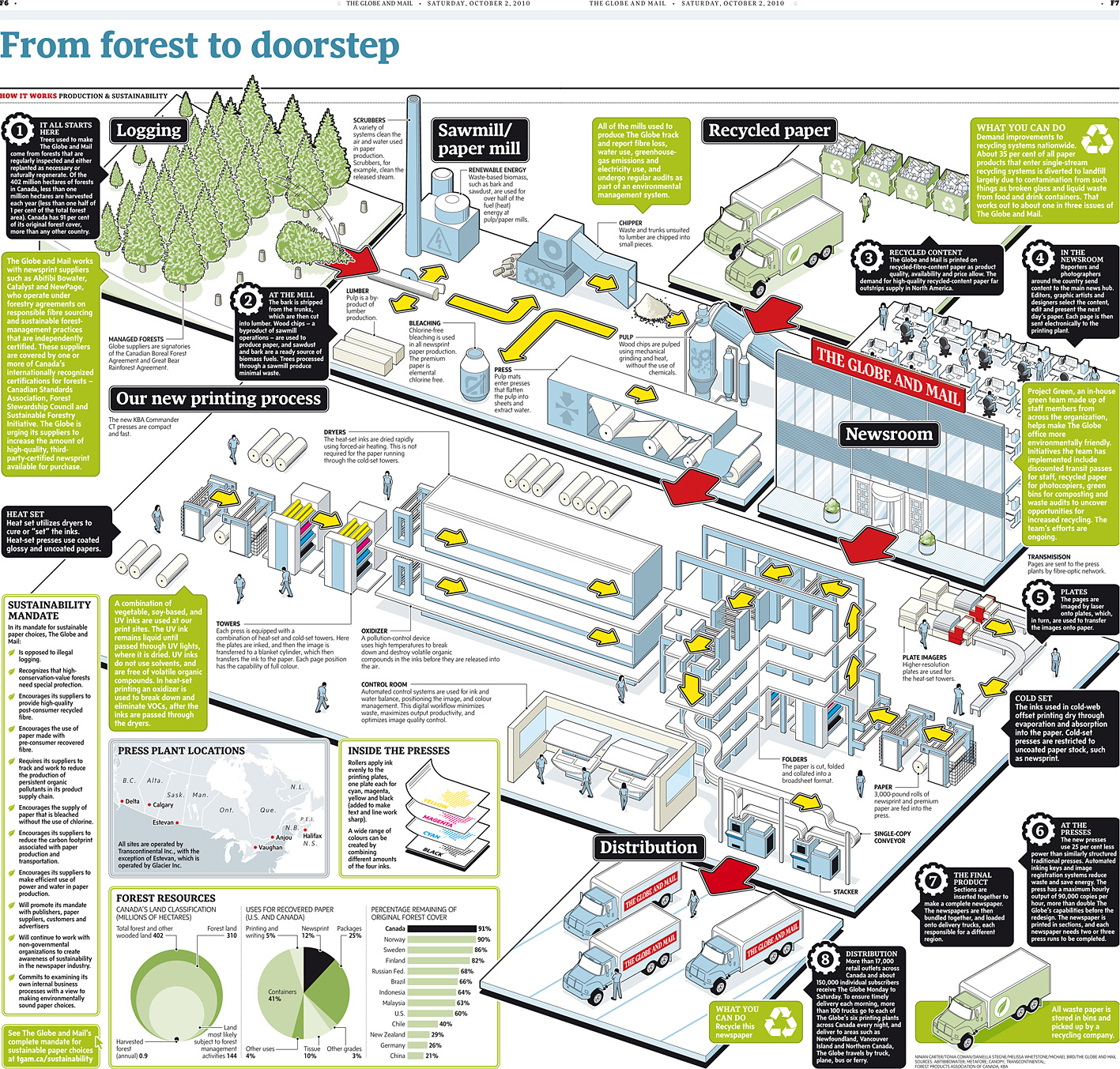 Forest Fires and their Ecological Consequences:

The most vulnerable trees in the forest fires include Linden, oak, ash and spruce. The forest fire leads to various ecological consequences like aggravating of soil conditions, killing various species of animals, spreading of harmful insects and parasitic fungi and others. In order to smother the forest fires, Fluorosurfactants are widely used and these chemicals are very harmful for the environment as they destroy the ozone layer and leads to irreversible genetic mutations of the animals. 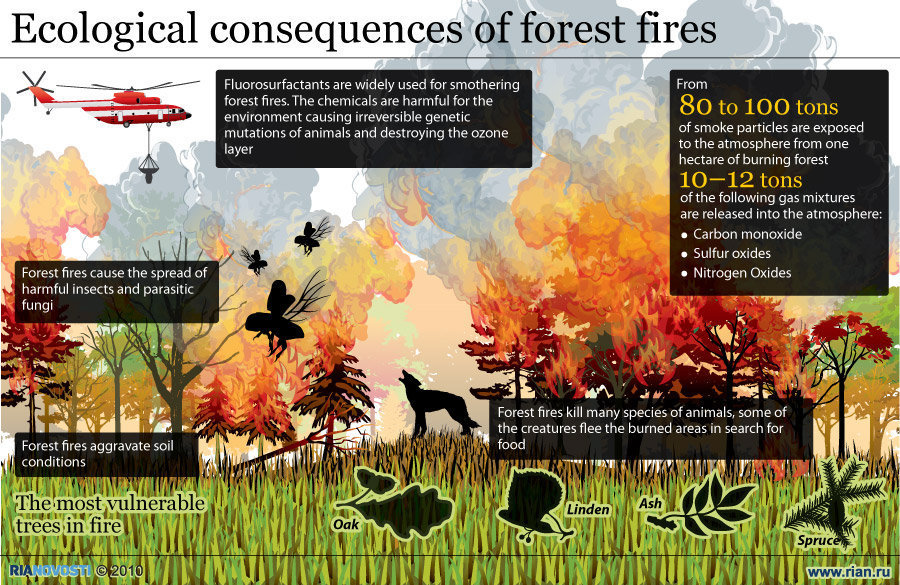 Forests and their Importance:

Forests are very important for the people all over the world due to various reasons. Around 1.2 billion of people depend on forest for their livelihood and in last 10 years we have worked to protect the forest equivalent to an area of England and Wales which is around 17 million hectares. Globally the UK Government is on the forefront for the efforts to protect the forest in the world. 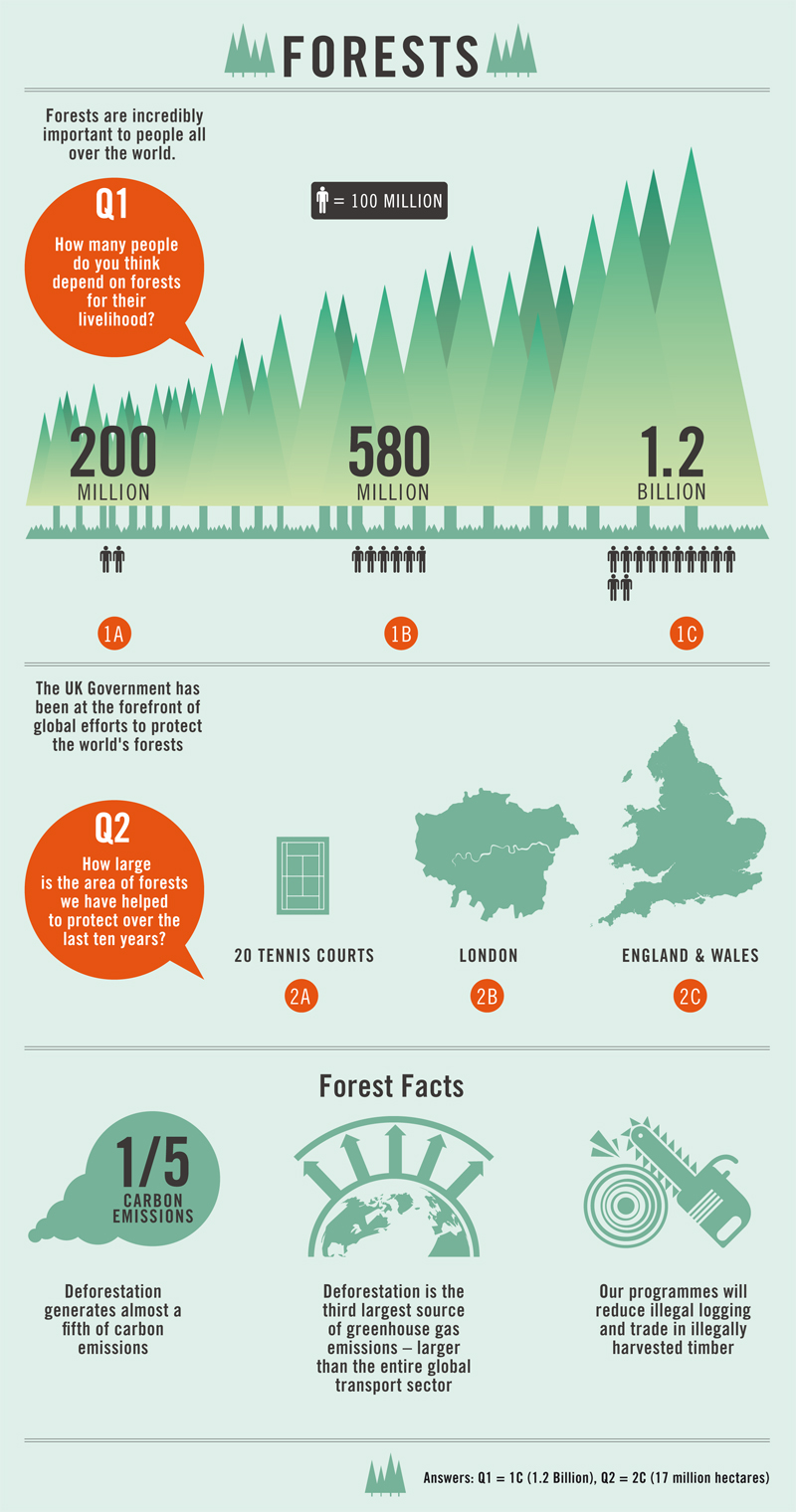 Greenhouse Gases and their Emission:

There is a major climate change in the world due to green house gas emission that is caused because of various factors including human activity. The 25% of global GHG emission is the result of the use of heat and electricity whereas around 12% of emission is caused due to destruction and degradation of the forests. Other factors contributing towards GHG emission are industrial uses of energy, transportation, industrial processes and waste management, agriculture livestock and other sources related to energy production and consumption.

Forests and Management of Ecosystem:

One should work towards preservation of forests and planting of tress as they help in the management of ecosystem and has various benefits. The forests help to prevent the land degradation and help to retain the moisture. There are various species of animals and communities of human that depends on the forest for their survival and thus they help to preserve the habitat. Above all, the forests provide water and oxygen to the humans and animals. 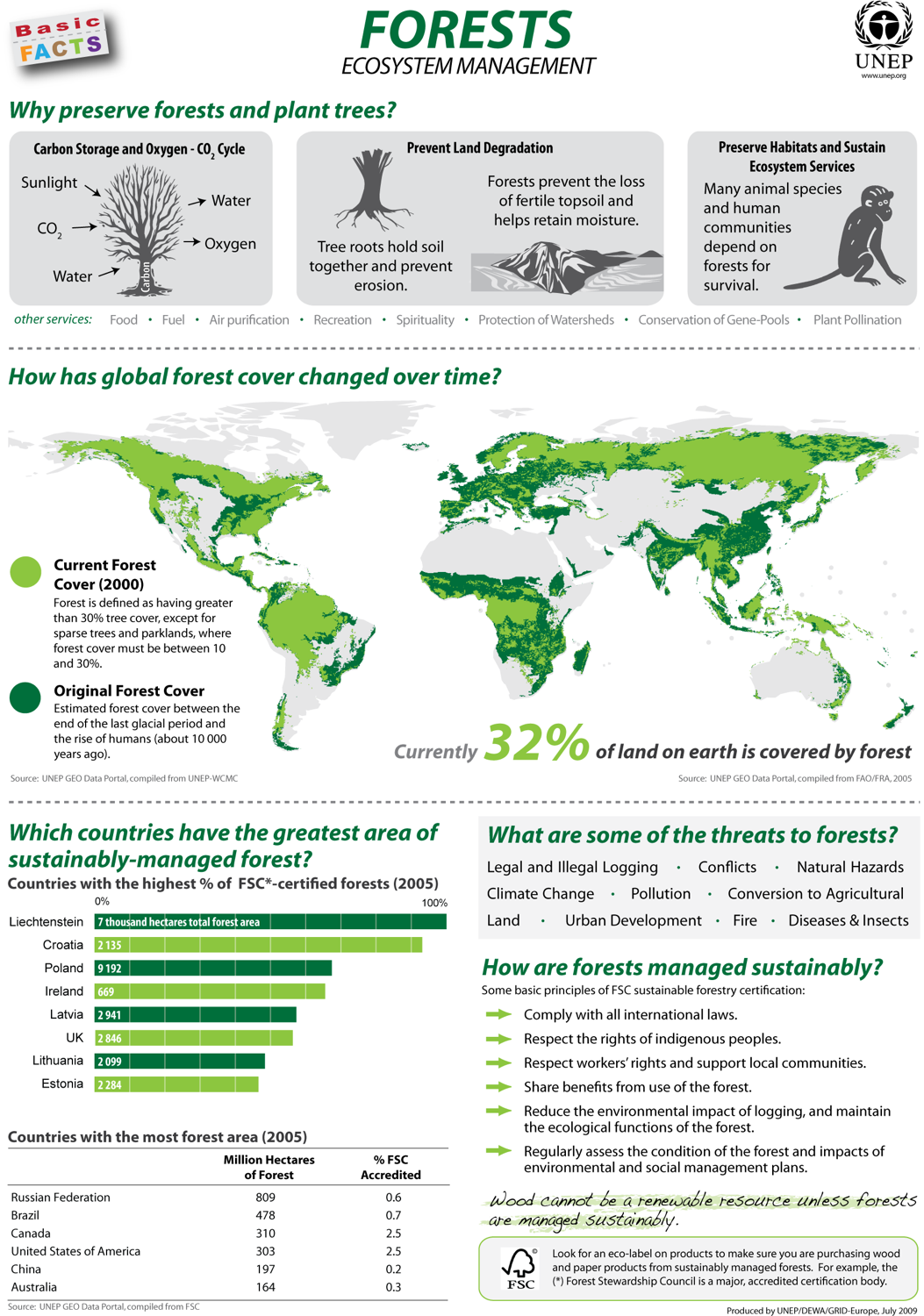