Diabetes is a worldwide problem and is not just seen in developed nations. Even developing nations are coping with this disease, which can take a toll on the healthcare system and national productivity. Diabetes is the fifth leading cause of death among people, but with proper lifestyle and dietary habits, it can be prevented as well as controlled.

Statistics on Diabetes around the World

About 285 million around the world suffer from diabetes, making it the fifth leading cause of death. The largest diabetes sufferers are in China, with 43.2 million, followed by India, with 40.9 million, and then the US, with 25.8 million. However, it is the island of Nauru that has the highest incidence of diabetes in the world, with 30 percent of its population suffering from the disease.

The two types of diabetes, Type 1 and Type II, are caused due to various factors. Type I can be genetic or caused due to ethnicity, diet and presence of antibodies. Type II can also be genetic, but other causes include obesity, geography and ethnicity. While both have similar symptoms, Type 1 develops quickly and Type II takes years to manifest itself. The treatment for the two types are also similar – diet change, exercise and insulin injections. Type 1 diabetes is neither preventable nor reversible, but Type II is. Around 3 million people suffer from Type I diabetes and 23 million from Type II diabetes.

Facts about Diabetes and Insulin

Carbohydrates are converted to sugar in the stomach which is then carried to the pancreas. The pancreas is responsible for maintaining blood sugar by releasing insulin into the blood as and when required. Blood sugar levels can be maintained by consuming a balanced, healthy diet. It also reduces the risk of Type II diabetes. If a person consumes unhealthy diet, the blood sugar spikes and the pancreas is unable to secrete sufficient amounts of insulin to reduce the level. This can result in fatigue, lethargy and other health-related problems, including Type II diabetes.

What is the Cost of Diabetes to the Nation?

Diabetes costs the US more than $174 billion, of which $116 billion is spent on medical treatment and $58 billion is lost due to lowered productivity. About 79 million people in the US are prediabetes and more than 18 million have been diagnosed with the disease. In 2010, about 1,900,000 new cases of diabetes were diagnosed among people aged 20 years and above.

If you are diabetic, you can still enjoy your vacation if you take a few measures. If traveling to Europe, take a European health insurance to get coverage in the country of your travel. Always take a travel insurance that covers diabetes and any specialist equipment that your condition may require. If you are carrying your injection and other sharp-objects, carry a letter from your doctors, so that you will not face a problem while boarding the plane. When traveling for long periods, carry sufficient amounts of insulin and always carry foods and drinks in case the flight is delayed and you have spend time at the airport. Keep your insulin refrigerated and away from sunlight. Never walk bare feet and carry glucose tablets to help with hypoglycemia.

Facts and Figures on Diabetes

Over 8 percent of people in the US suffer from diabetes. Out of this, 18.8 million have been diagnosed; 7 million have not been diagnosed; and a whopping 79 million are categorized as prediabetes. In the US, 66 percent of Hispanics are more likely to be diagnosed with diabetes, with more than 90 percent Hispanics are either at risk of getting the disease or already have diabetes. According to available statistics, nearly 12 percent Hispanics aged 20 and above have diabetes. 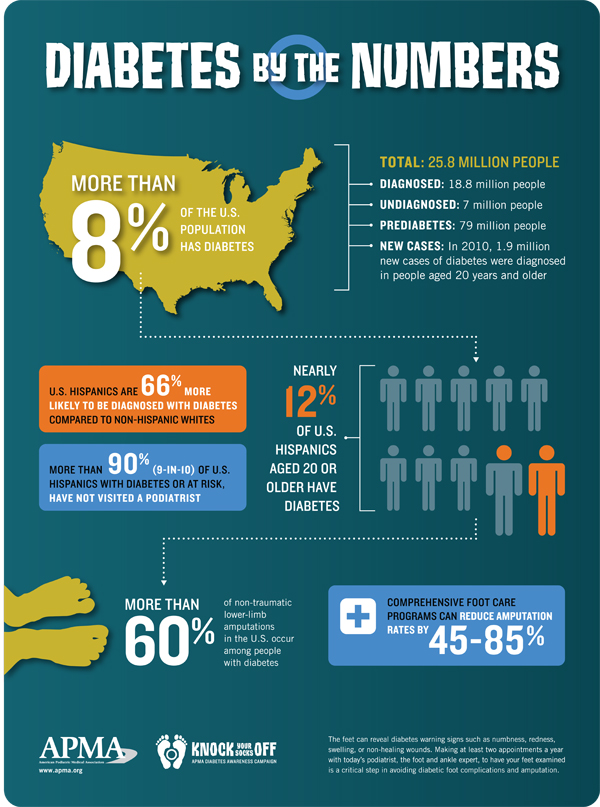 Association between Diabetes and Hearing Loss

Hearing loss is more commonly found in adults with diabetes than adults without diabetes. In a recent study conducted by Henry Ford Hospital, it was found that women between the ages of 60 and 75 who have managed to bring their diabetes under control had better hearing compared to women that did not have their diabetes under control. About 1 in 10 people in the US have some degree of hearing loss; and less than 15 percent doctors ask diabetics whether they are facing any hearing loss. 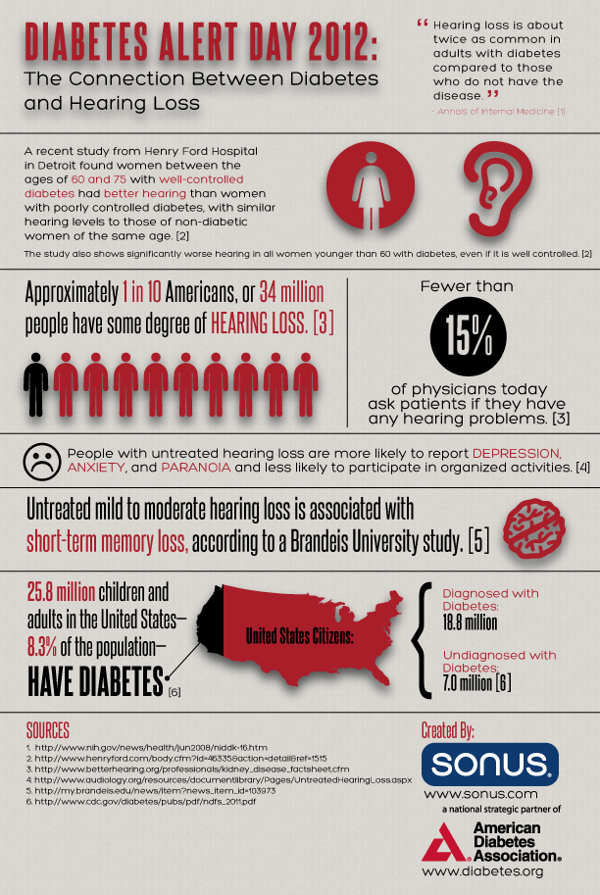 While fast foods are very popular, they have been linked to onset of diabetes. Fast foods taste good, are convenient to eat and quick to prepare, but they have low nutritional value, contain a lot of calories and are high in sugar, fats, calories and additives. According to research, regular consumption of fast food causes insulin resistance, which can result in Type II diabetes. 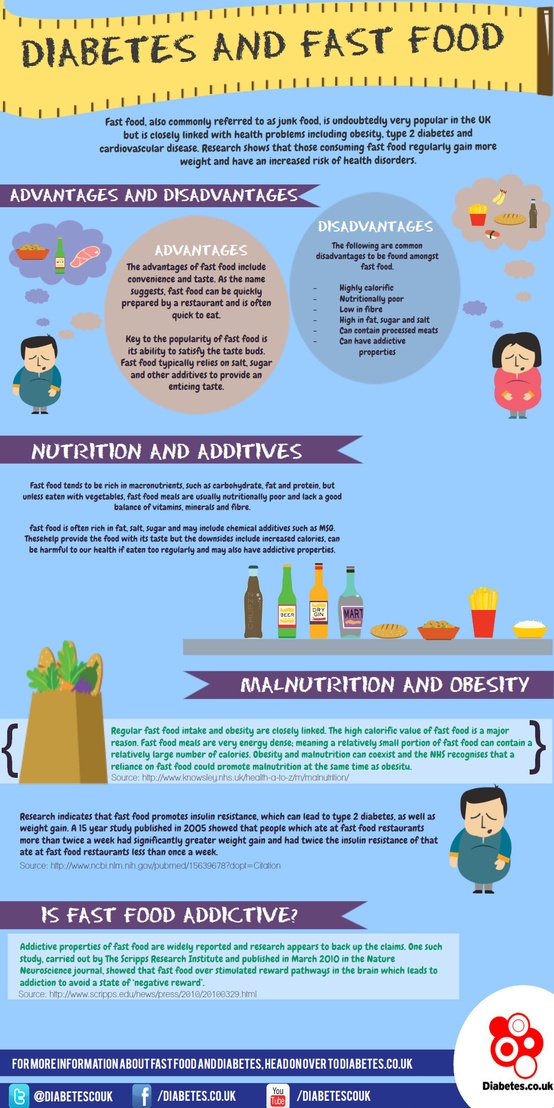 If you are suffering from diabetes, you can still opt for body piercing. However, before the piercing ensure that your blood sugar levels are under control, as this will reduce the chances of infection and poor healing. While you can get any body part pierced, refrain from sites that go not get adequate blood, such as ankles, buttocks and shins. If the pierced site gets infected, it is because the diabetes is not under control or proper piercing methods were not followed. 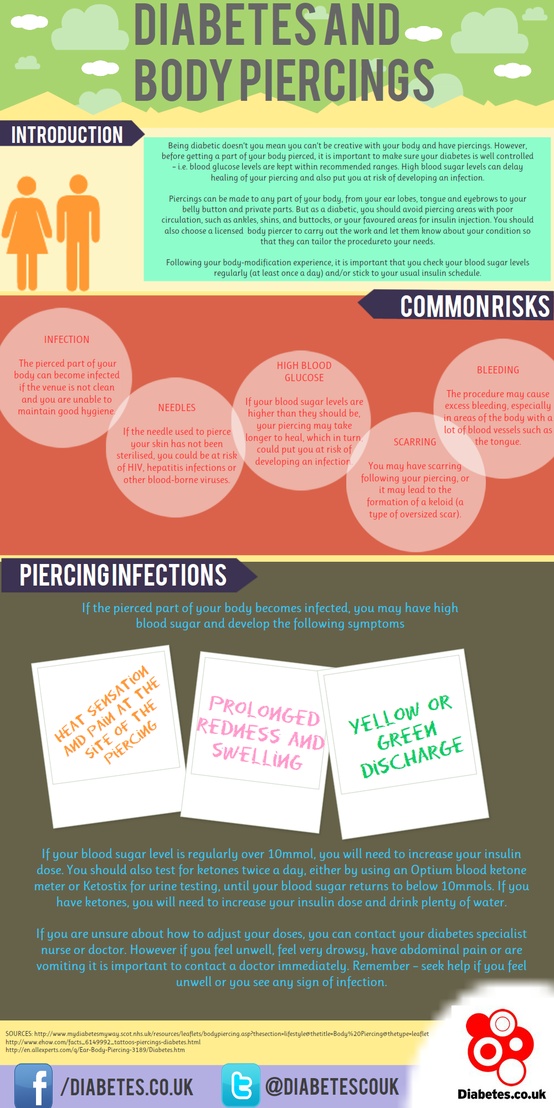