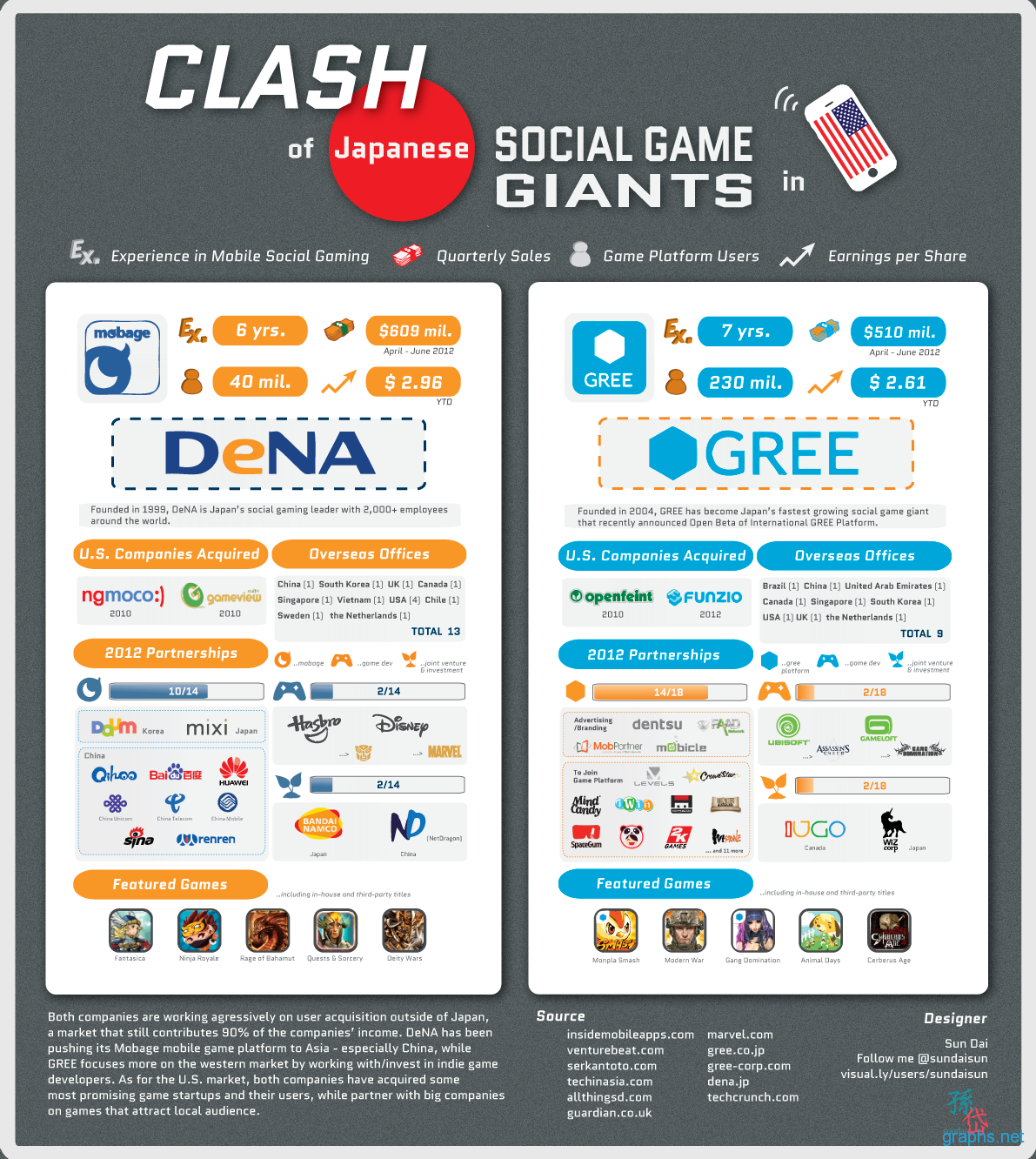 Dena and GREE are top social games developer headquartered in Japan. Dena was found in the year 1999 and GREE was launched in 2004, it is recognized has the fastest developing social gaming company.