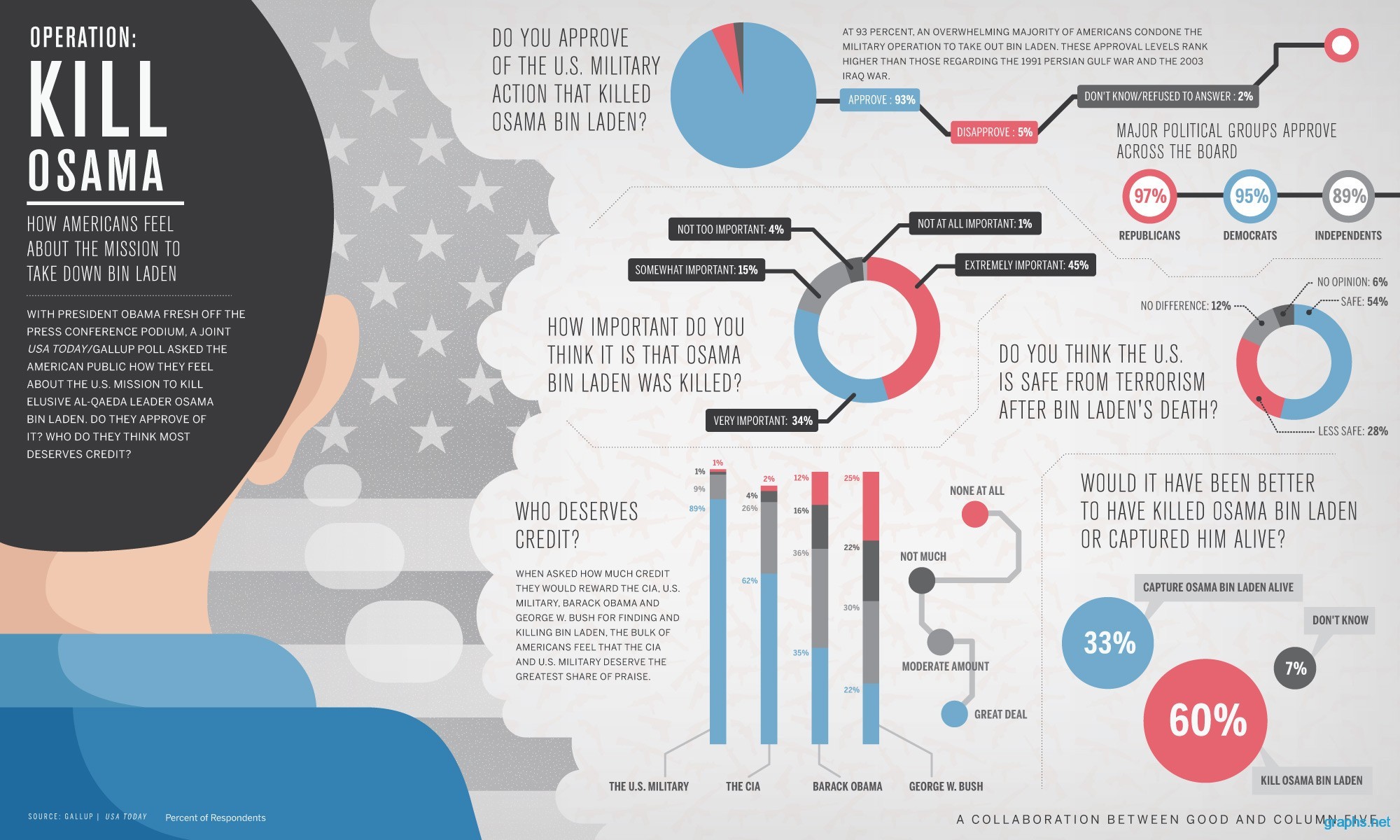 Osama Bin Laden was killed in a stealth military operation.

Republicans, Democrats and the Independents, all these political groups voted high on approval.  About 79% of the citizens agreed that it was an important event in the history of the Nation. And more than half of them felt that the USA was at lesser risk of a terrorist attack after this event.

And when asked who deserved the credit, a majority of them answered that it is the US military and CIA who deserve the praise. 63% of the citizens feel that it was a good decision to kill Osama rather them capturing him alive.