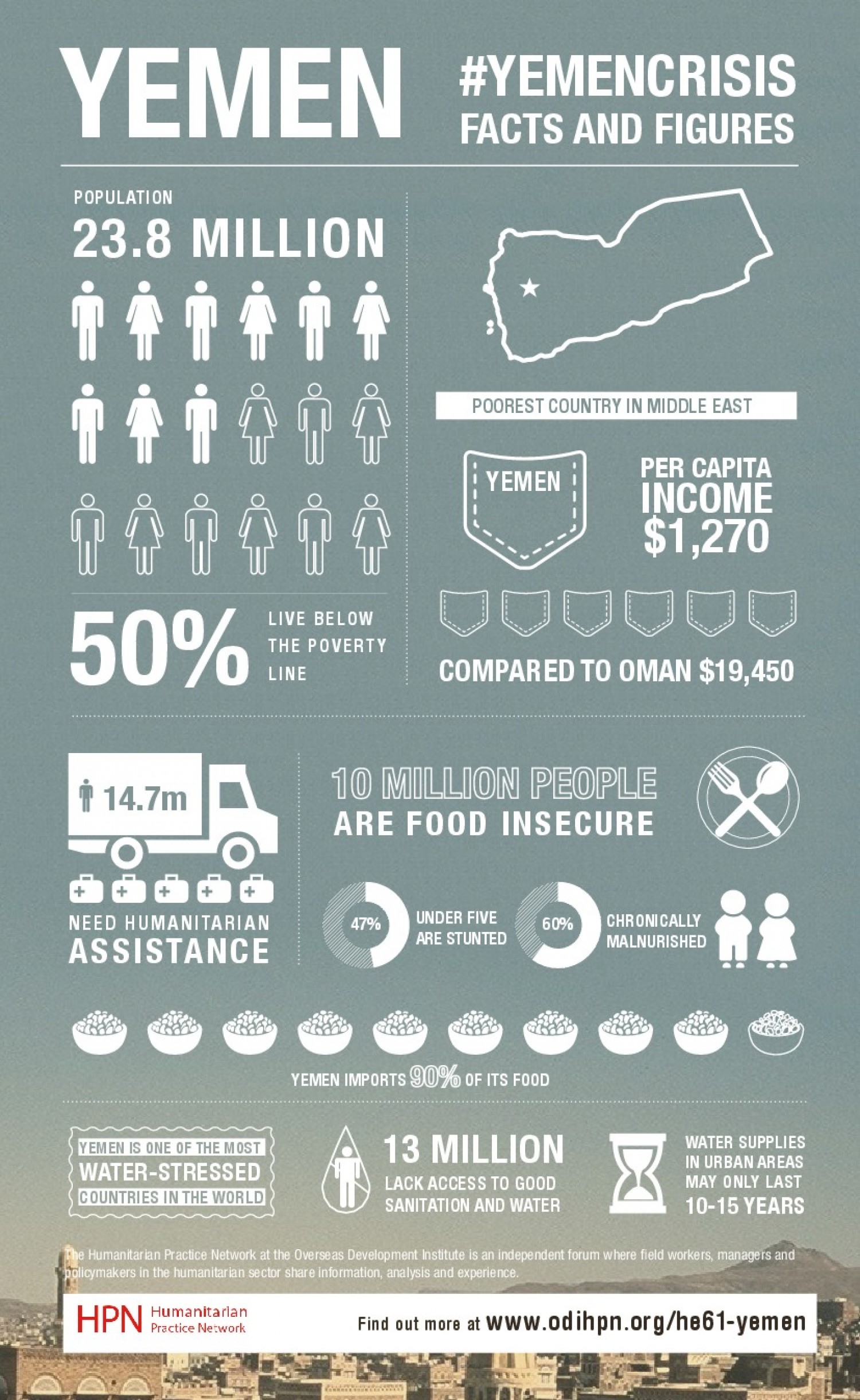 Yemen is known to be one of the poorest countries in the middle east with a per capita income of only $1270. It has a population size of over 23.8 Million of which more than half live below the poverty line.

With so much poverty going on for its people, it comes as no surprise then that 60% of the population is chronically malnourished while 47% of the children under the age of five are shunted.

Over 14.7 million people in this country is in need of humanitarian assistance with lack of food, clean drinking water and access to sanitation being the biggest of its problems.