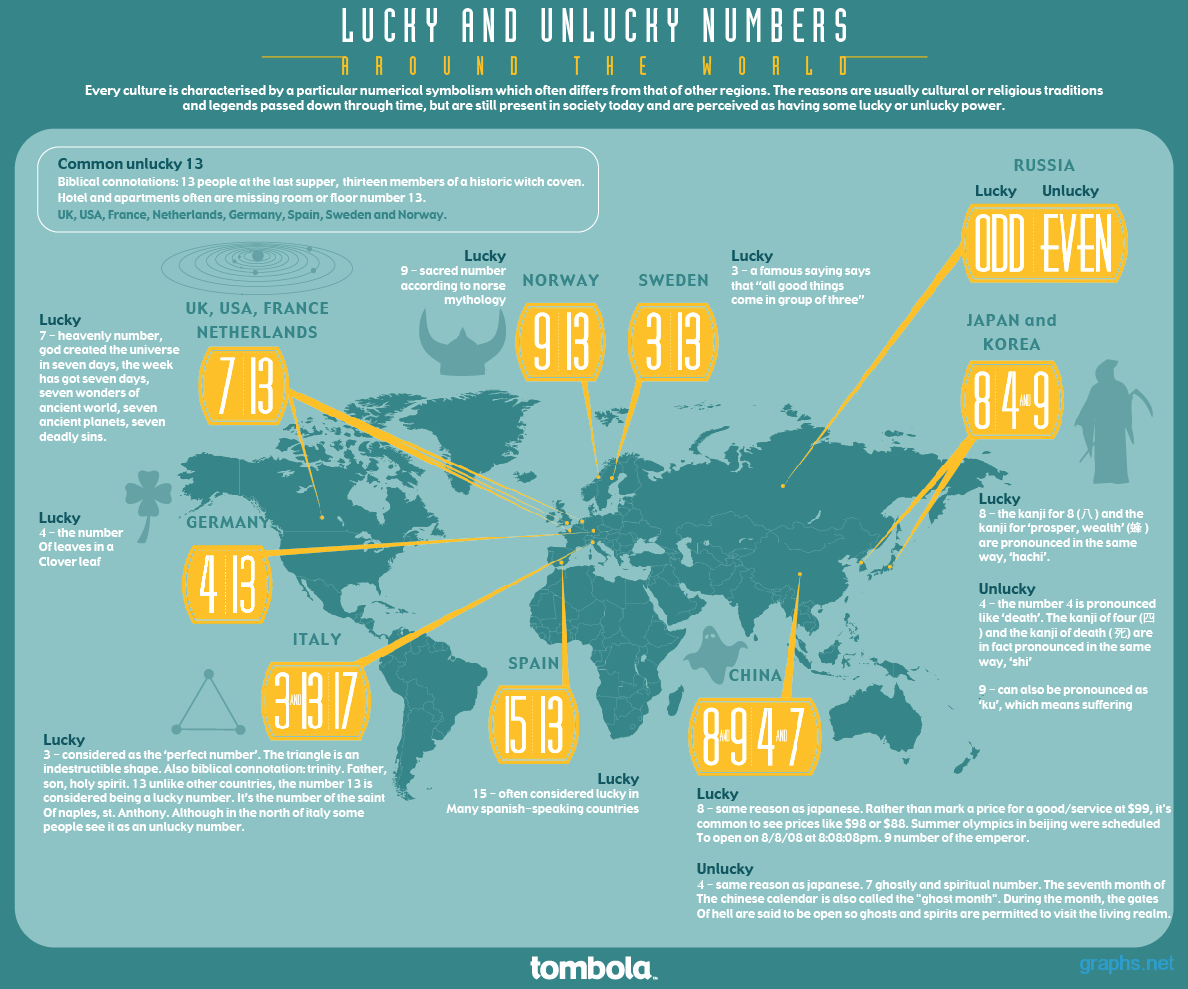 Numerology is the study of numbers and their influence on our lives.

Its not very uncommon to ask whats your lucky number. So here are world's luckiest and unluckiest numbers for you.

First world countries such as US, UK, France and most of Europe consider 7 to be the luckiest number. And all of them also consider 13 to be the most unlucky. 15 is lucky for Spain. Russians consider all odd numbers to be lucky and even numbers to be unlucky.

Coming to the continental nations, Japan, Korea and China consider 8 as the lucky number. 4 is the unlucky one. However, 9 is considered lucky in China and unlucky in Japan and Korea where it represents suffering.