How does video conferencing help companies 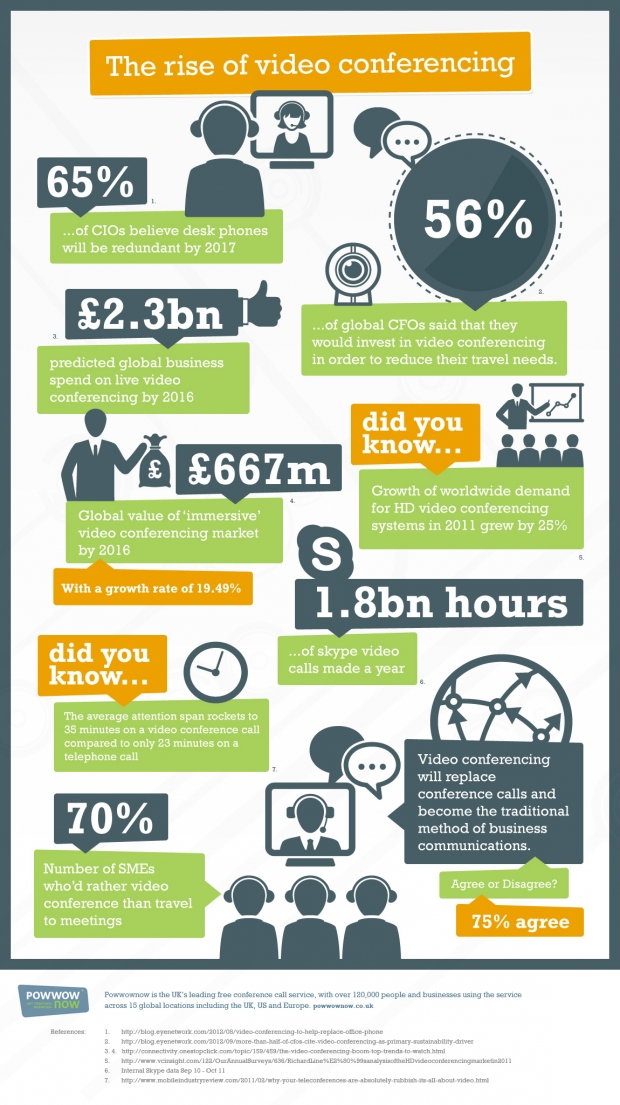 Video conferencing has been demonstrated as a perfect solution for collaborating with enterprises that are looking out to conduct more effective telework programs and organize meetings with the company officials residing in various remote locations as it incurs huge travel expenses to confer with them in person.

Businesses are always in search of methods that assist them in cutting down the business costs and allow the companies to run on lower budgets. The best way to reduce travel cost and office costs while operating a business is to encourage video conferencing.

The infographic below depicts few amazing statistics about video conferencing: