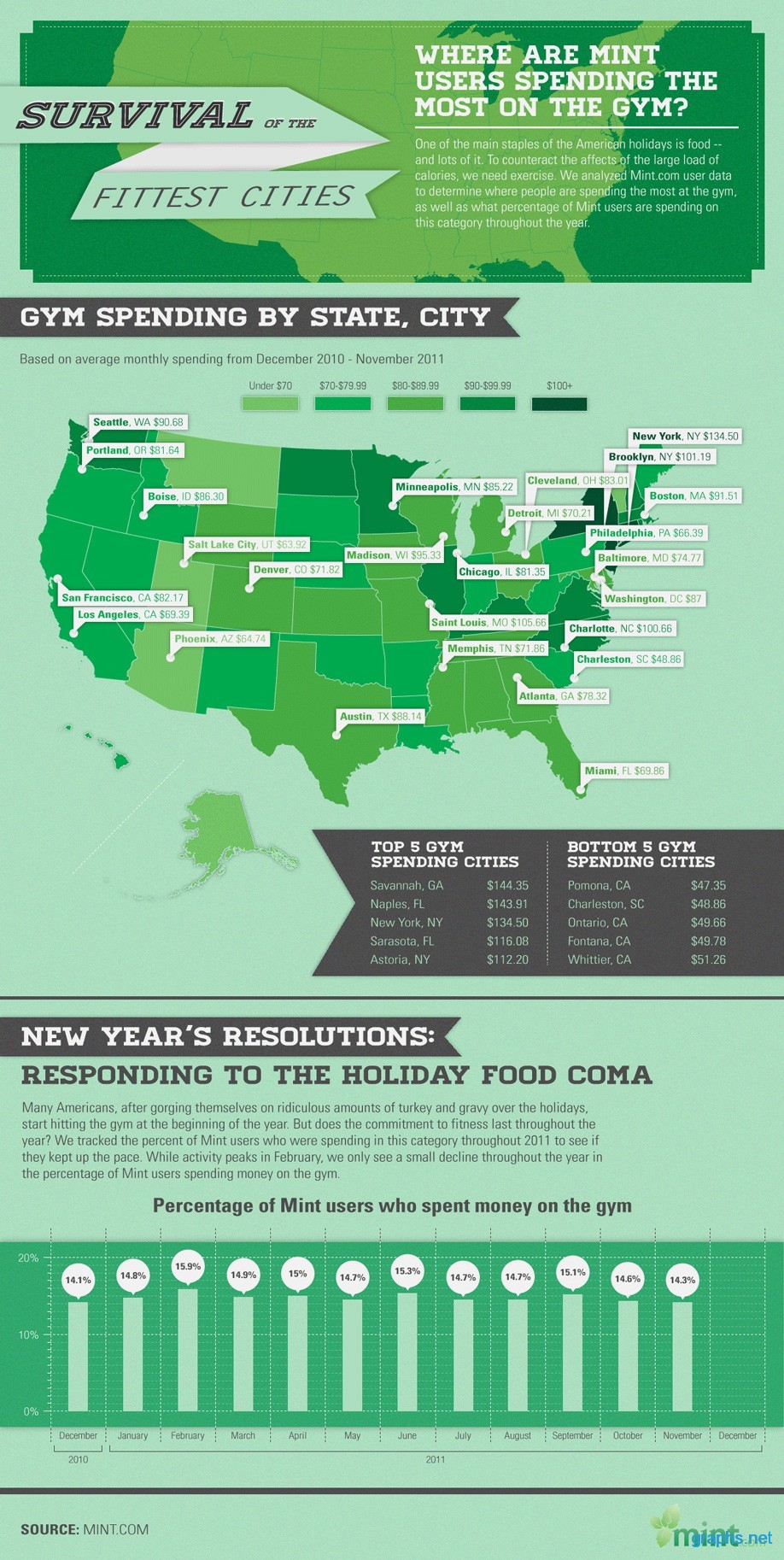 In America, the staple for them during holidays is food and that too lot of it. So a reading was done on Mint users to find the fittest cities in America. Based on the average monthly spending during the year Dec. 2010 to Nov. 2011, Savannah is city which spends about $144.45.

The city which spend the least on gymming in US is Pomona in California with $47.35 spending. To compensate for the overeating during holidays, people make new year resolutions to hit the gym. So when Mint made tracked its users regarding this it was found that the money spending on gymming peaks in February.

And the spending declines only minimal throughout the whole year.