Diversity is a fact that we have to deal with everyday. It is a much needed force to compel inclusivity and understanding among various groups.

Diversity is extremely important in the workplace today, with 85% out of 321 executives of a large company supporting the inclusivity and diversity that characterizes their workplaces. Recruiting, developing and retaining diversity in the workplace gets support from 65%, 53%, and 44% of the people surveyed.

Diversity in the Workplace, some figures: 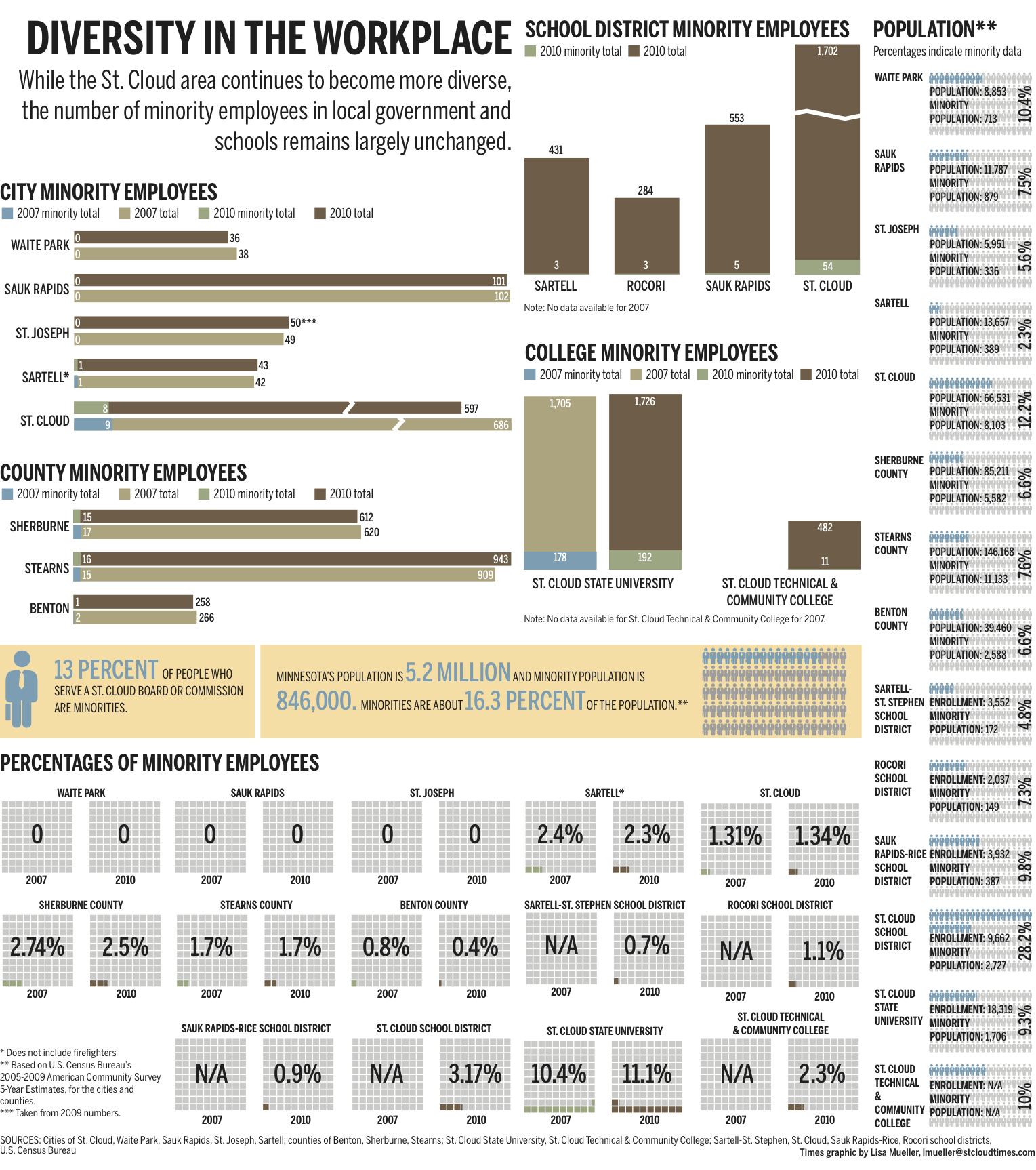 The European Union is the best example of a diverse group being held together by overarching principles of support and unity. For example, the 12 stars on the flag, in a circle, symbolize unity, completeness and harmony between the 27 countries that form part of the European Union. While the population of the EU is 501 million, that of the US is 310 million which forms 7.31 and 4.51% respectively of the global population.

While the population that immigrated in the 1840s is around 2 million and is caused mainly by the Irish potato famine, it reached a peak in 1991. In 2009, 80% of the immigrants were from Latin America and Asia, while in 1960, 75% of immigrants were from Europe. India had the second greatest increase in immigrants of over 16000%, and China had the third greatest increase in immigrants of over 2000%. Some of the really famous immigrants include Einstein, Houdini, Thereon, Pulitzer, Pei, Hope, and so on. Building a family tree is an effective and unique way of establishing migration patterns within your own family, and understanding how immigration at one time or the other affected all of us.

Jews, being among the most displaced people in the world, Jewish values have always privileged inclusivity, understanding and tolerance over all other issues. Solidarity, temperance in using one’s language, civility, humanity, peace in the home are some of the important values that shape Jewish life and culture in general. Diversity is very important in the Jewish ethos, with the Jewish Diaspora being spread all over the world in various pockets large and small.

Diversity is a common and accepted trait even among seemingly homogenous religions or communities like that of the Muslims. While there are approximately 1.6 billion Muslims in the world, there is a wide difference within them regarding certain tenets of their religion as well.