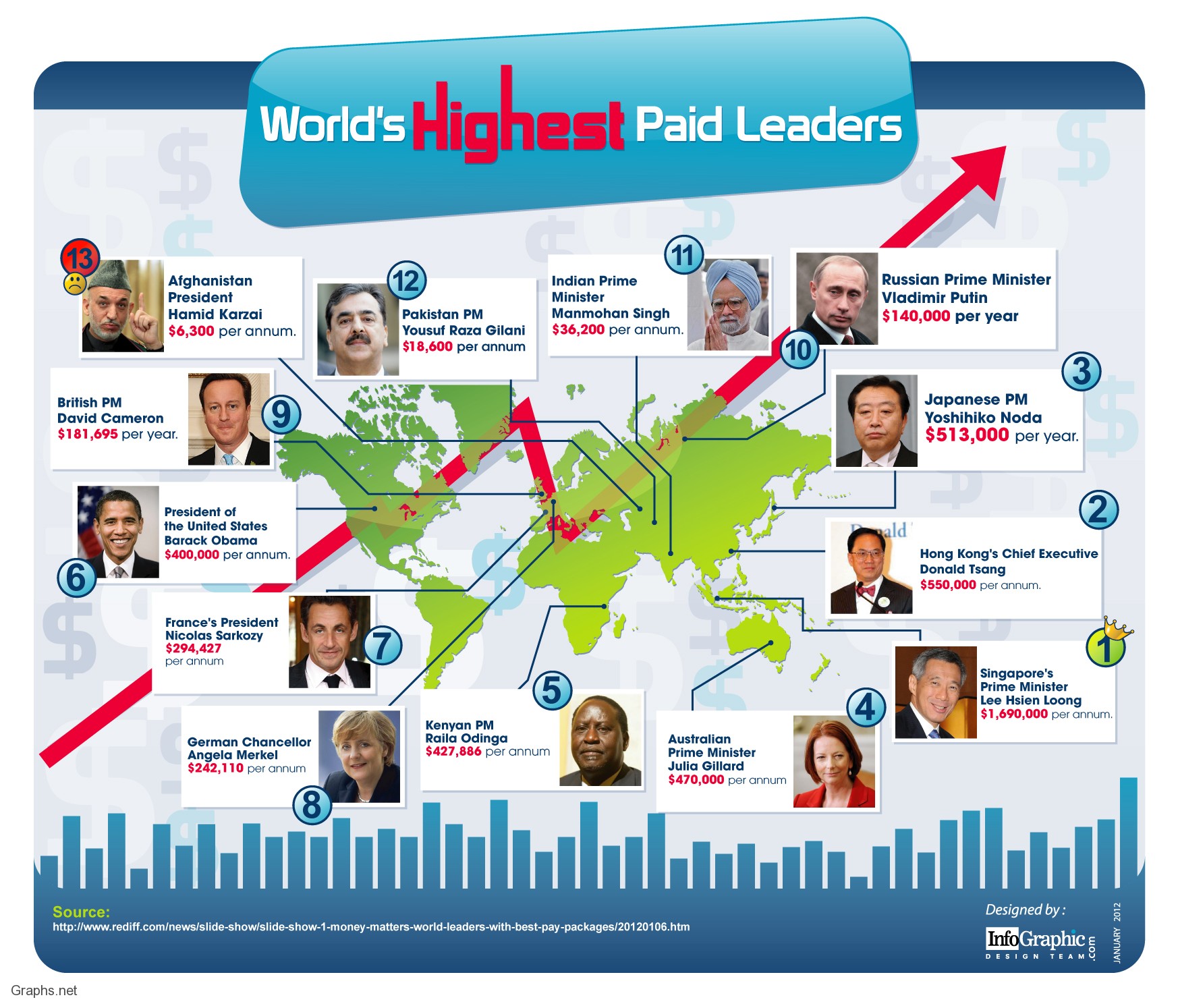 It's very interesting to know about the wage of some greatest leaders who always be in the new headlines and create policies that rule the entire world. These leaders are the prime minister and presidents of the top nations like United States, Russia, Japan, Australia, Singapore, France and Germany.

The infogrpahic will showcase information about prime ministers and presidents of top nations on the globe:

Position: Prime minister of Japan
Salary: $ 513, 000 per annum
The top paid politician in the list is Lee Hsien Loong( Singapore's prime minister) and Hamid Karzai (Afghanistan president) with a yearly salary $ 6, 300 is at last position in the list.