The water cycle, otherwise called the hydrological cycle or the hydrologic cycle, portrays the constant development of water on, above and beneath the surface of the Earth.

The mass of water on Earth remains genuinely steady after some time yet the parceling of the water into the significant repositories of ice, crisp water, saline water and environmental water is variable relying upon an extensive variety of climatic factors.

The water moves starting with one supply then onto the next, for example, from stream to sea, or from the sea to the environment, by the physical procedures of vanishing, buildup, precipitation, penetration, surface spillover, and subsurface stream. In doing as such, the water experiences distinctive structures: fluid, strong (ice) and vapor.

The water cycle includes the trading of vitality, which prompts temperature changes. For example, when water vanishes, it takes up vitality from its environment and cools the earth. When it gathers, it discharges vitality and warms the earth. This warmth trades impact atmosphere.

The evaporative period of the cycle refines water which at that point recharges the land with freshwater. The stream of fluid water and ice transports minerals over the globe.

It is likewise engaged with reshaping the topographical highlights of the Earth, through procedures including disintegration and sedimentation. The water cycle is likewise fundamental for the support of most life and biological systems on the planet. 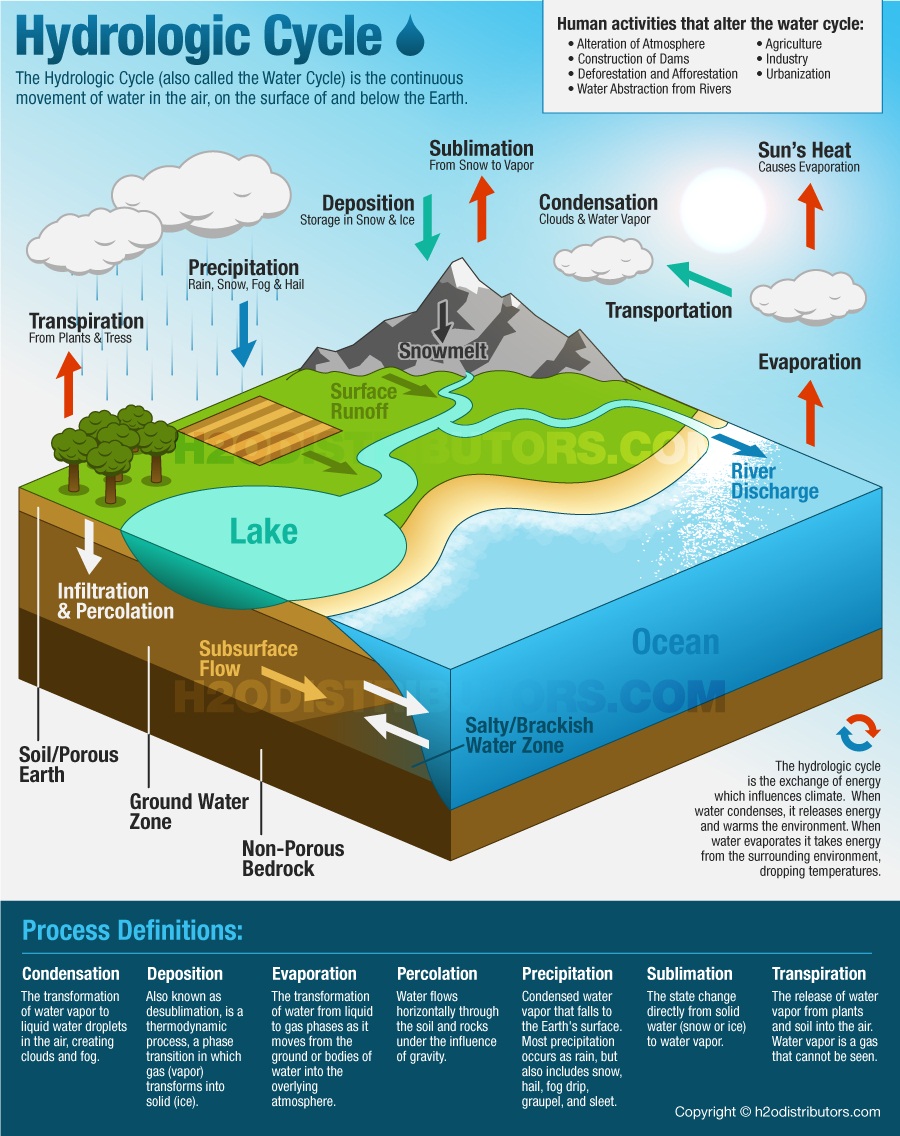