However, the highest total number of workplace fatalities was in the New York City-Newark-Jersey City metro area, which saw 215 of their 19,216,182 people suffering from fatal workplace accidents each year. As for the safest in America, that would be right up the road from New York City in the Poughkeepsie-Newburgh-Middletown, New York area. Did the closest metropolitan area to your rank on this infographic as being either one of the safest or most dangerous in the United States? 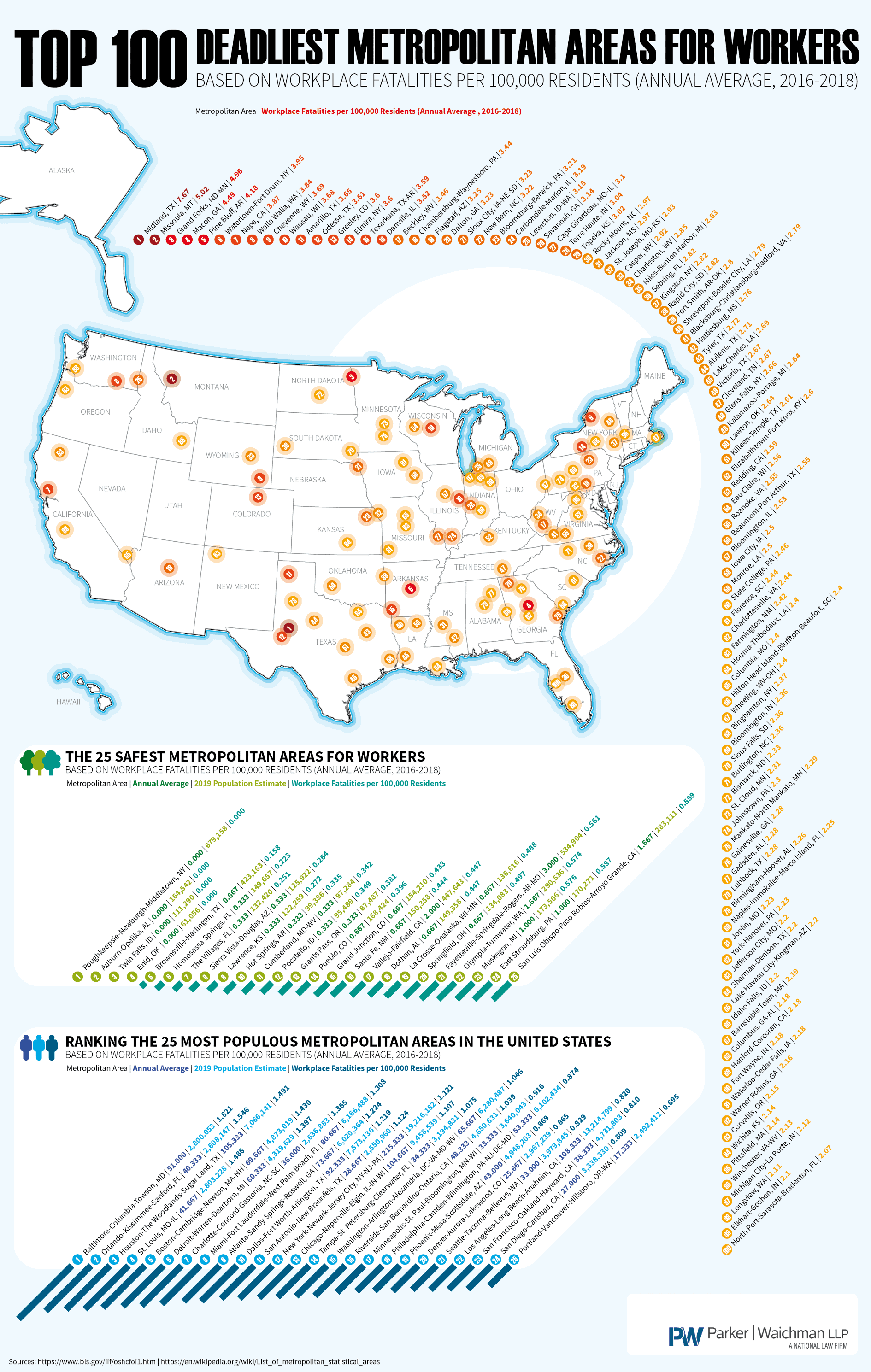