Have you ever wondered how many homes your state could power with its current supply of solar energy? You’re not alone. The Team at SolarPower.guide wondered the same which prompted them to gather solar energy information from the Solar Energy Industries Association (SEIA) and create this map visual, ‘How Many Households Could Each State Power Using Only Solar Energy?’. It includes the percentage of households the states could power based on the capacity of installed solar energy systems in each state. 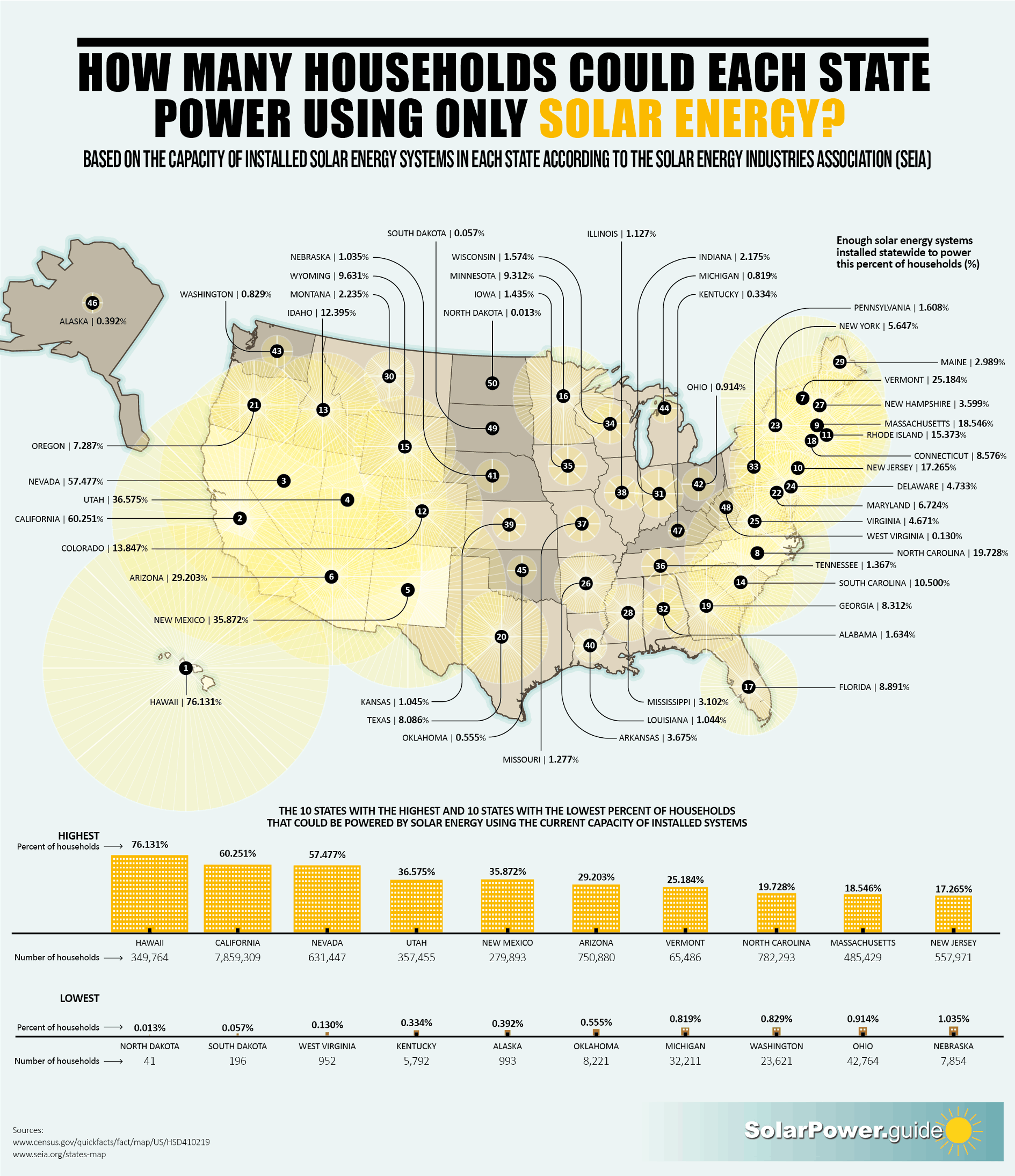