Home  »  Lifestyle Graphs   »   The Most Polluted Cities in the United States

The Most Polluted Cities in the United States

Not only that, but the top four of the entire ranking are cities in California, also including Bakersfield, Modesto, and Fresno. On this infographic, there are also data on what cities have the worst overall air quality, the cities with the highest EPA ozone design values, and those with the most contaminated drinking water. Also according to the data, the city (of the 100) with the least pollution is Grand Rapids-Wyoming, Michigan. 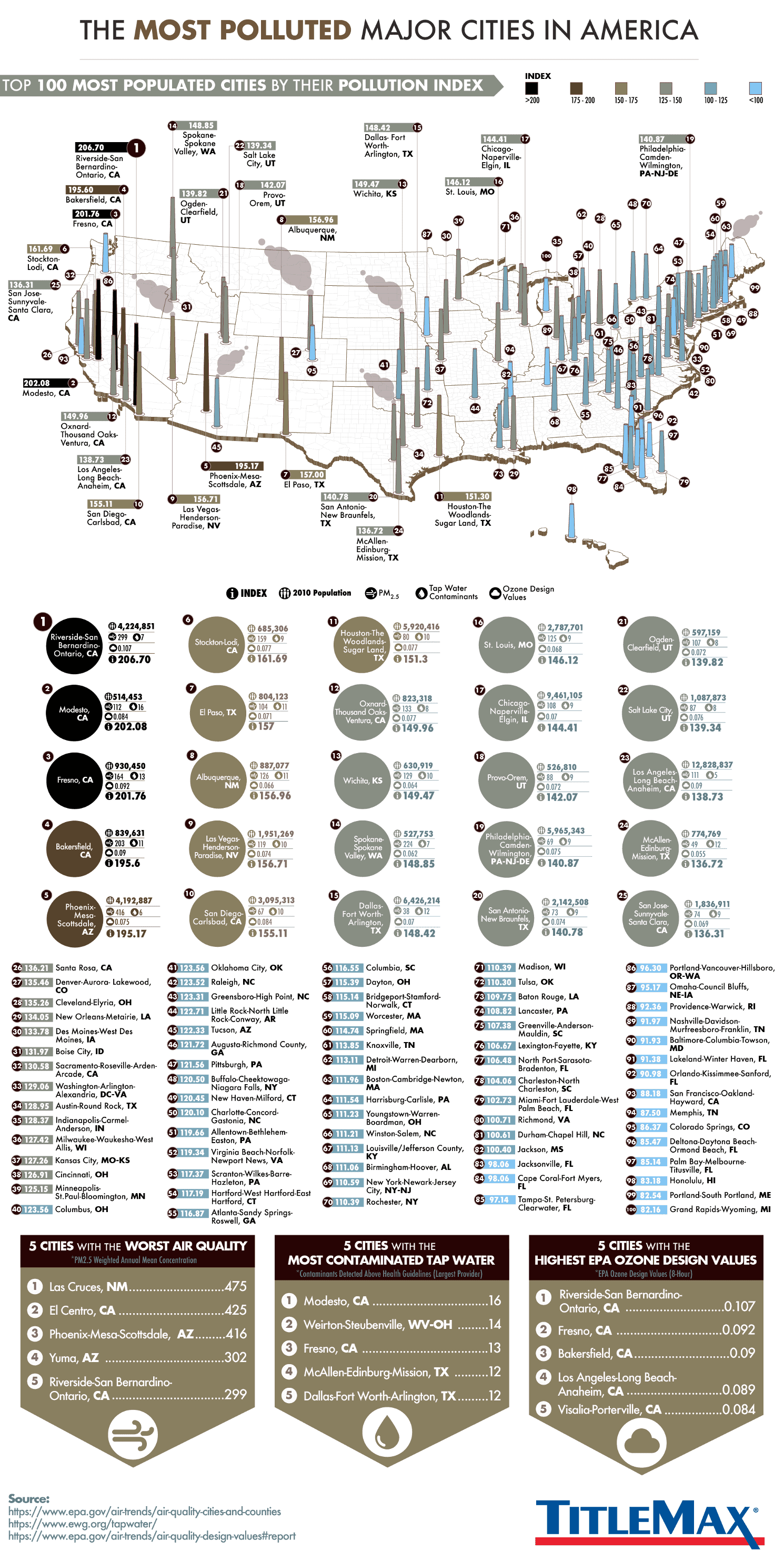