Home  »  Language   »   Which Languages Are the Official Languages for the Most Countries?

Which Languages Are the Official Languages for the Most Countries?

The countries with de facto national languages were also included in their respective language. There is a world map that highlights where the 5 most widespread official languages are found, making up more than half of the world. Would you be surprised to find that English is the most widespread, and was found to be the official language of 55 countries and the de facto language of four? 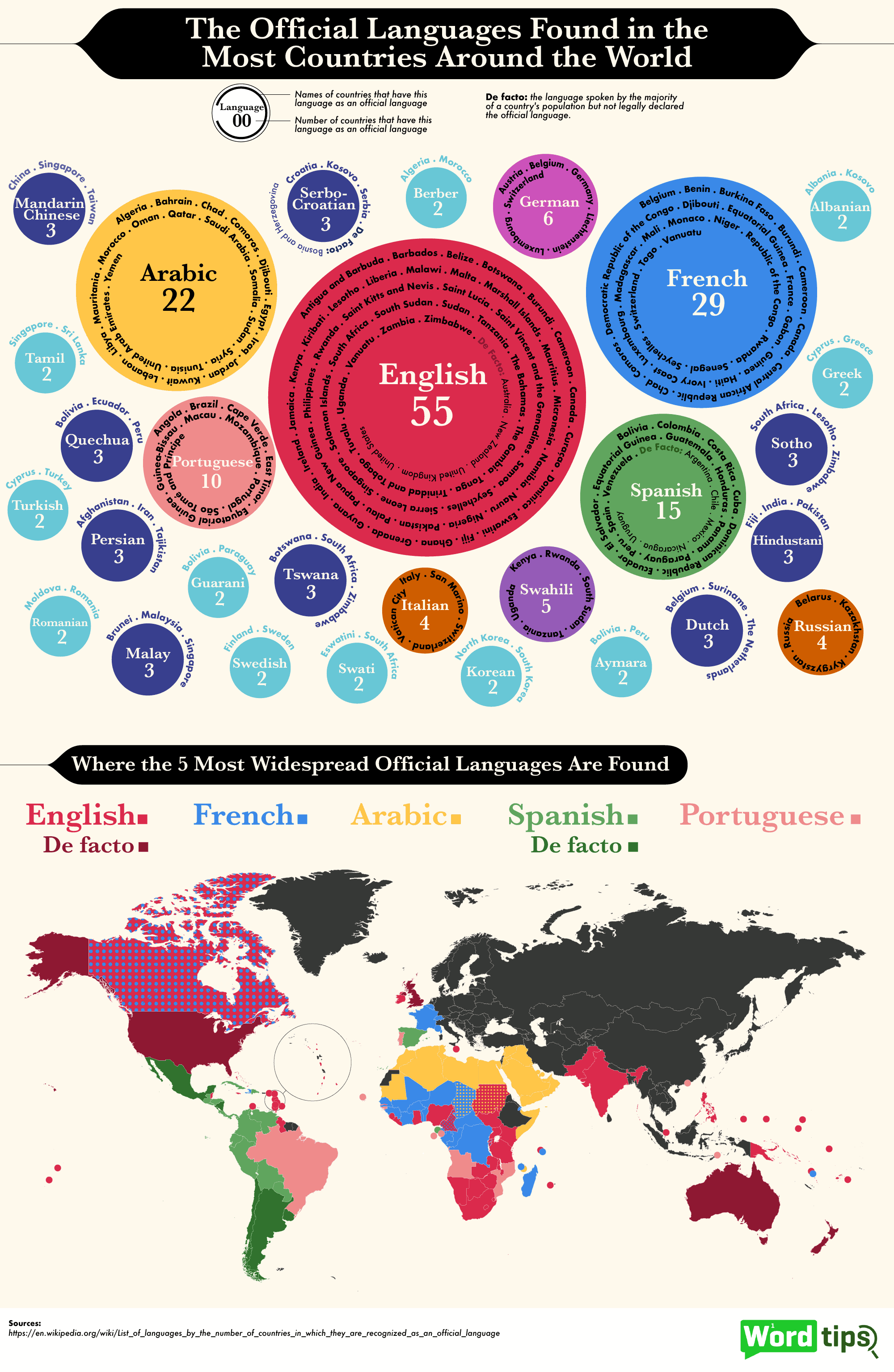