The Composition of American Coins Since 1783

American currency has even more of rich history than you might think, especially as it pertains to coins. This infographic from Alan's Factory Outlet takes a look at the metal composition of several coins dating back as far as 1783.

There's information on several coins, including those that have long been discontinued and obsolete, including the eagle coins. Many years ago, there was a whole system of eagle coins in America for a very long time, with a quarter-eagle ($2.50), Stella ($4), eagle ($10), double-eagle ($20), and many more that were in circulation.

Believe it or not, too, there have also been over ten versions of the American penny! The first was the fugio cent way back in 1787, and there have been several versions since, leading us all the way up to the Lincoln cent that we're familiar with today. Which of these coins on this infographic stands out most to you? 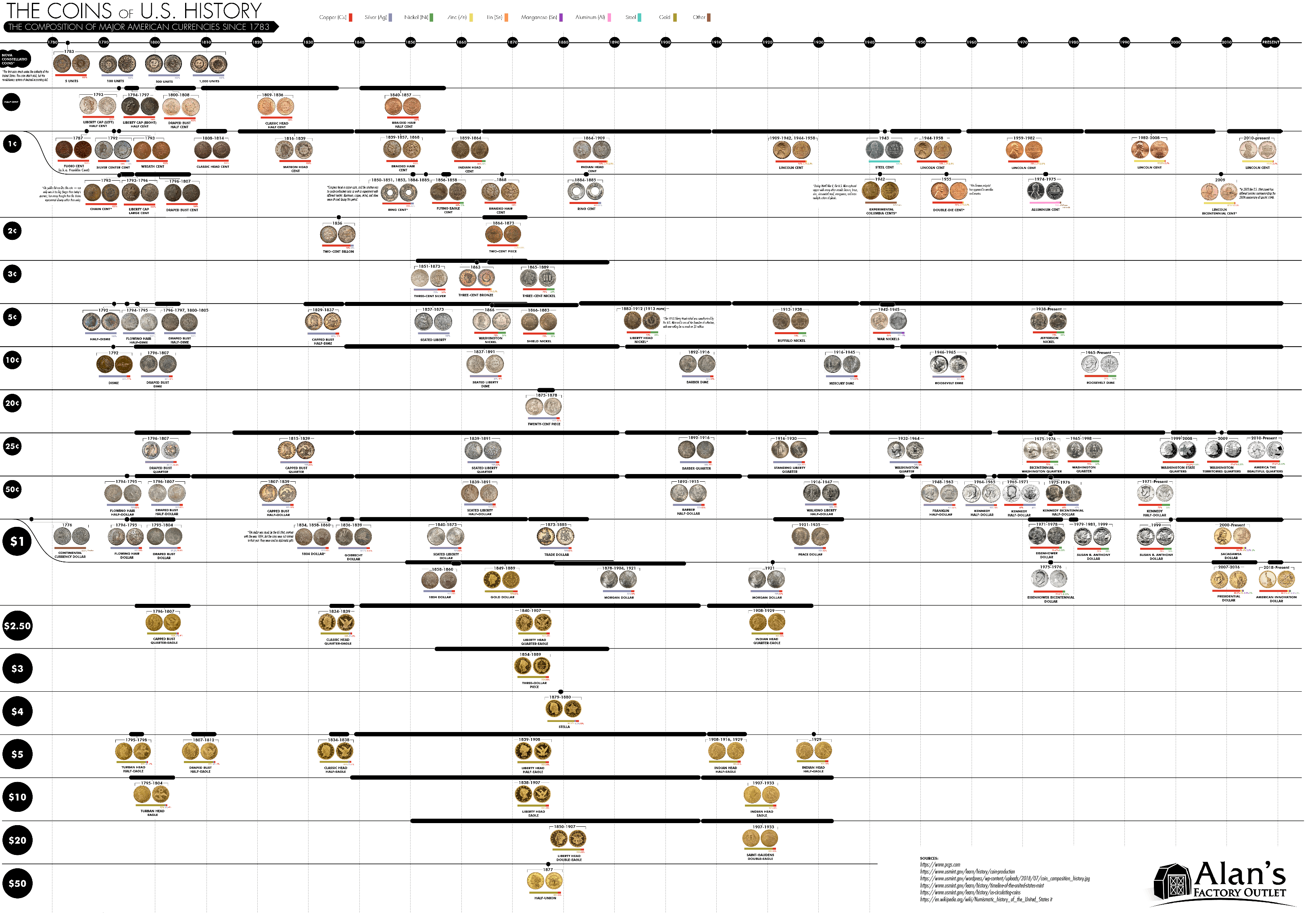