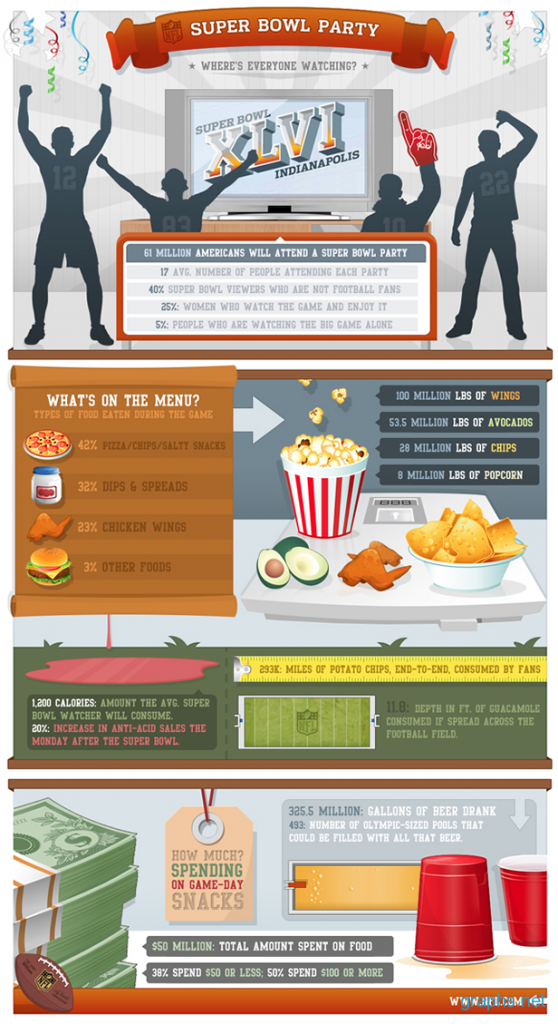 Game snacks for superbowl party, where 61 one millions attended, consisted of Pizza, Chips, Dips and Spreads, Chicken Wings and other junk foods.It is estimated that $50 million is what is spent on super bowl snack food. Out of them 50% of the viewers spent more than $100 and 38% spent $50 or less than that.

It is astonishing to know that 493 Olympic sized pools can be filled with the 325.5 million gallons of beer that is consumed during Super Bowl. Also an average Super Bowl watcher consumed 1200 calories.