Across the globe, all major cities are suffering from enormous water loss every year and authorities do scramble to upgrade outdated pipelines to minimize the leaks. Organization for Economic Cooperation and Development, OECD, report examines water usage in 48 major cities across 17 countries and it was found that the level of water loss is 21 percent. Mexico has a water loss much higher than the rest of 17 countries and its capital city comes to 44 percent in 2012.

Ageing water networks have shown adverse affects in terms of efficiency and water loss is a direct consequence. A survey conducts based on several factors, such as population in an areas VS water loss, and GDP per capita VS water losses. Smaller cities surveyed that have under 1.5 million inhabitants, did show higher degree of water loss when it is compared to bigger cities.

Statistics data reveals the water losses in 10 important cities and the report analyses is build on key factors that affect urban water governance, roles and responsibility to be taken by various governments, and right assessment of multi-level governance gaps in urban water management. In the bar diagram, it can be easily viewed that Mexico (44%), Naples (37%), Montreal (33%), Rome (26%), Edinburgh (24%), and Stockholm (19 %), Hong Kong (18%), New York (7%), Cologne (7%), and Amsterdam (4%). 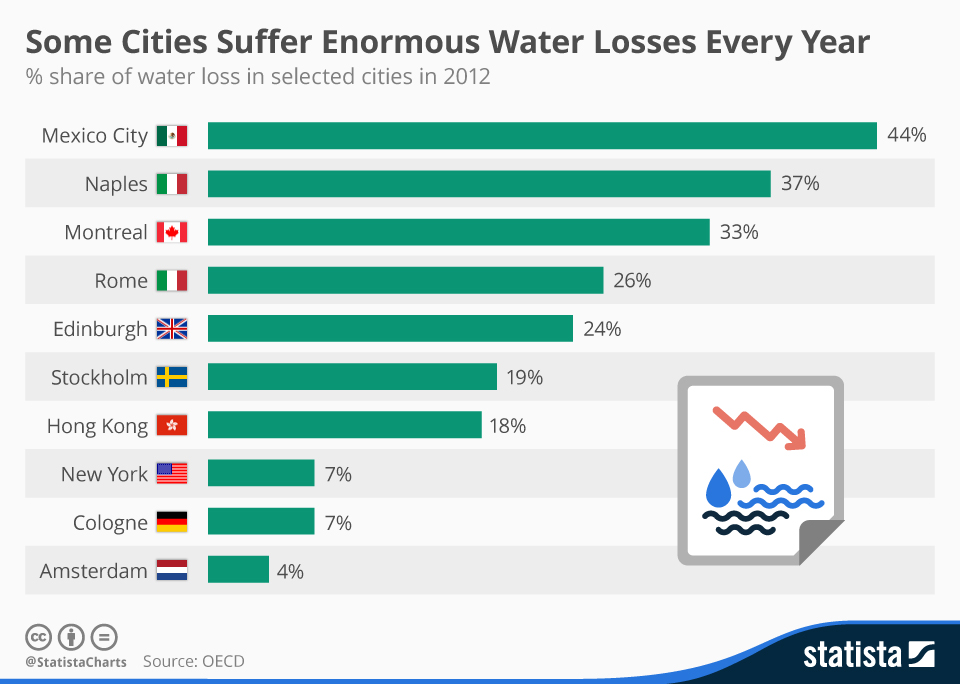