Majority of Gamers Vote for VR/AR – Gaming Platform in 2016

Players and developers are well versed about the gaming platforms and you can find each year the count of gaming participation is on rise. It is never unusual to see that surveys conducts always create an enthusiasm and brings about great surprises for you with startling results.

The organizers conducted a survey on ‘the most important gaming platform in 2016’ before the Game Developers Conference in March 2016 was initiated. As many as 2000 developers who are working on the cross platform levels were questioned. Many of the developers were working on the development of the virtual reality, VR, titles and their participation of development has double in one year from 7 percent to 14 percent by 2016.

The participating developers in the Virtual Reality, VR, seem to have drifted more towards the emerging VR devices like Oculus Rift, Sony’s PlayStation VR and Samsung’s Gear VR.

Opinion of Gamers on VR/AR

Developers have supported PC as the most important gaming platform in 2016 and it is 52 percent. No doubt, mobile devices have made a distinctive mark due to creation of the gaming platform. One reason that attracts developers to the smart phones is an extensive usage of it by the users. Developers do consider PlayStation 4 as the best console in the current generation. The usage of PS4 VS Microsoft’s Xbox One is developers’ community ignores 28% VS 23%. 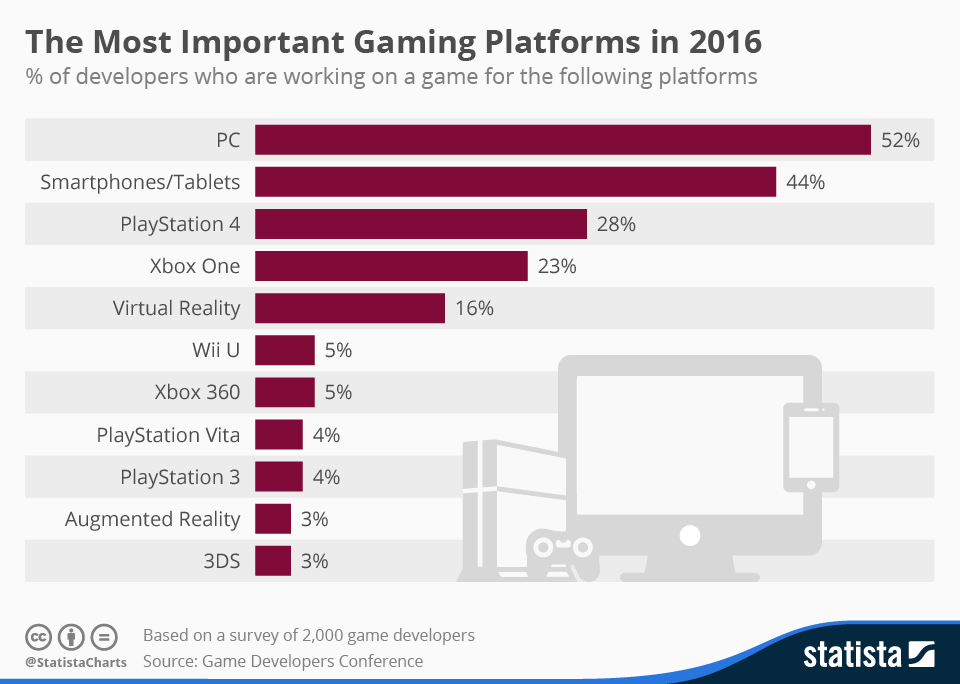