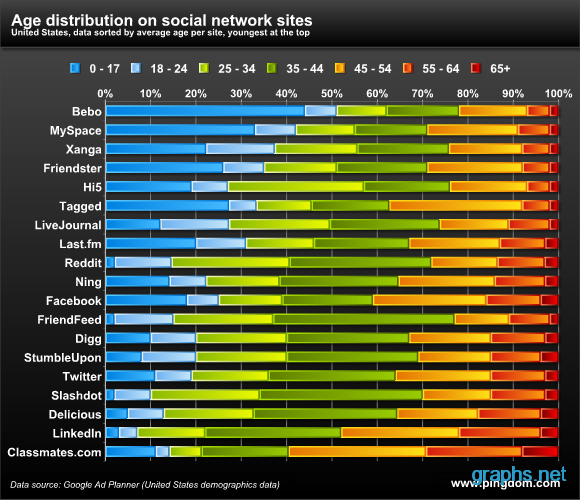 People with 35-44 years old are more likely to be the users of FriendFeed and Slashdot. Facebook attracts equally people from different age groups. Discover more in the above infographic.