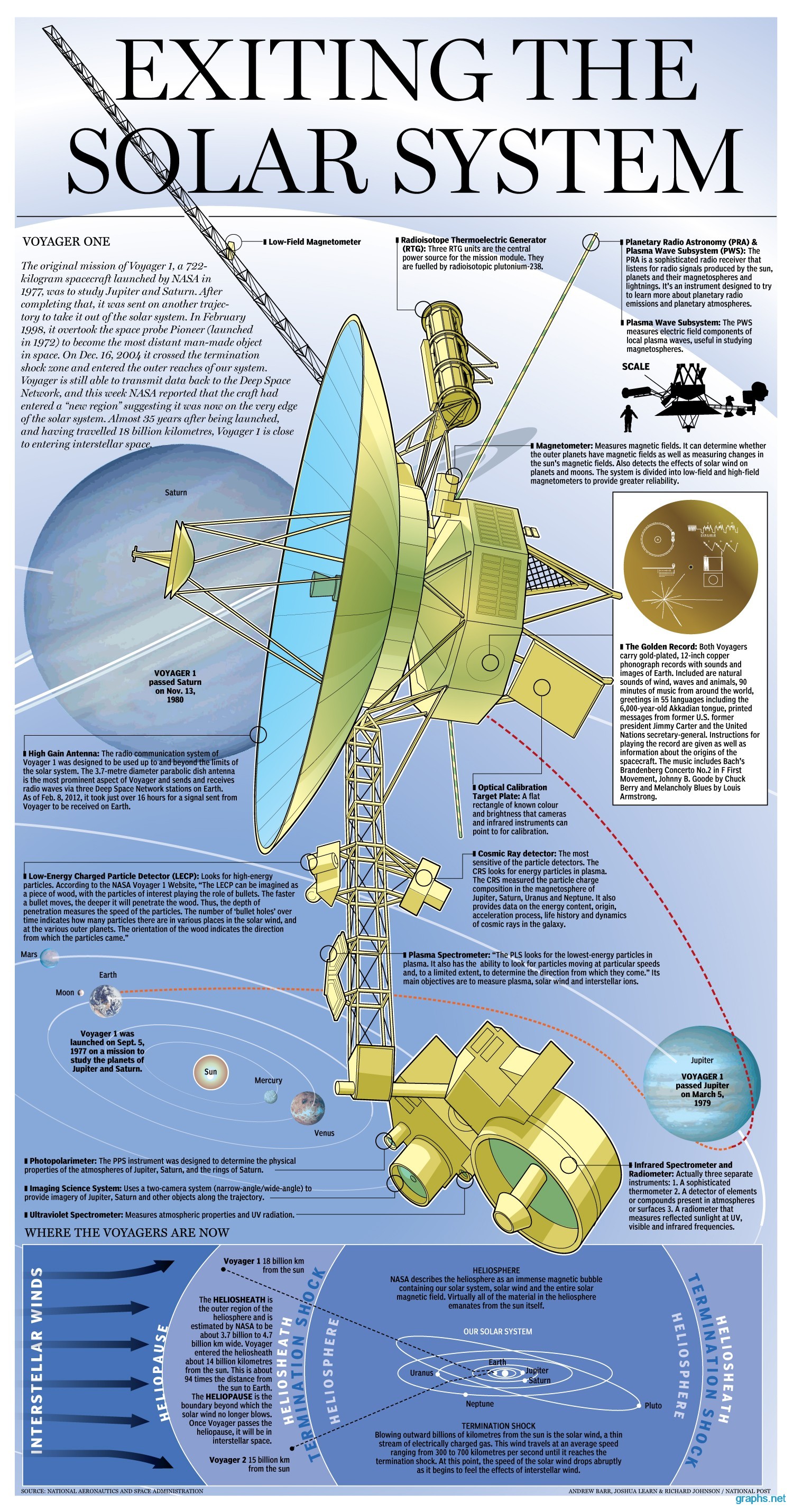 Saturn was passed on November 13th 1980 and Jupiter just one year before on March 5th 1979 by the Voyager One. NASA also launched Voyager 2 which is now placed at 15 billion Km from the sun. Both the Voyagers are in Heliosheath (the outer region of Heliosphere) which is about 3.7 billion to 4.7 billion km wide in space as believed by NASA.

Once the Voyagers pass the Heliopause (the outer layer of Heliosheath), they will be in the Interstellar space.