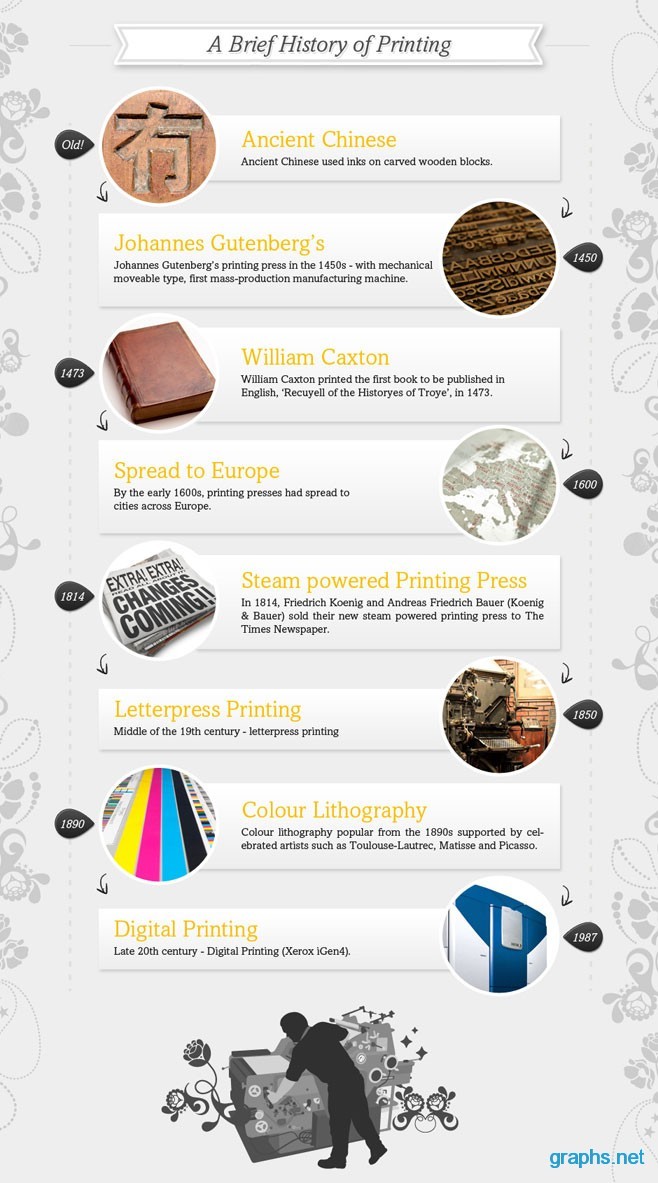 The concept of printing was started in China.Chinese used inks on carved wooden blocks. However, Johannes Gutenberg's invention of printing press led to mass-production of text.

The first book to be published in English was 'Recuyell of the Historyes of Troye', printed by William Caxton in 1473. In the 16th century, printing presses were adopted by Europeans. The Times newspaper used steam powered printing press in 1814.

By the end of 18 the century, the artists started using color lithography. In the middle of the 19th century, Letterpress printing was introduced. However, late 20th century witnessed digital printing.