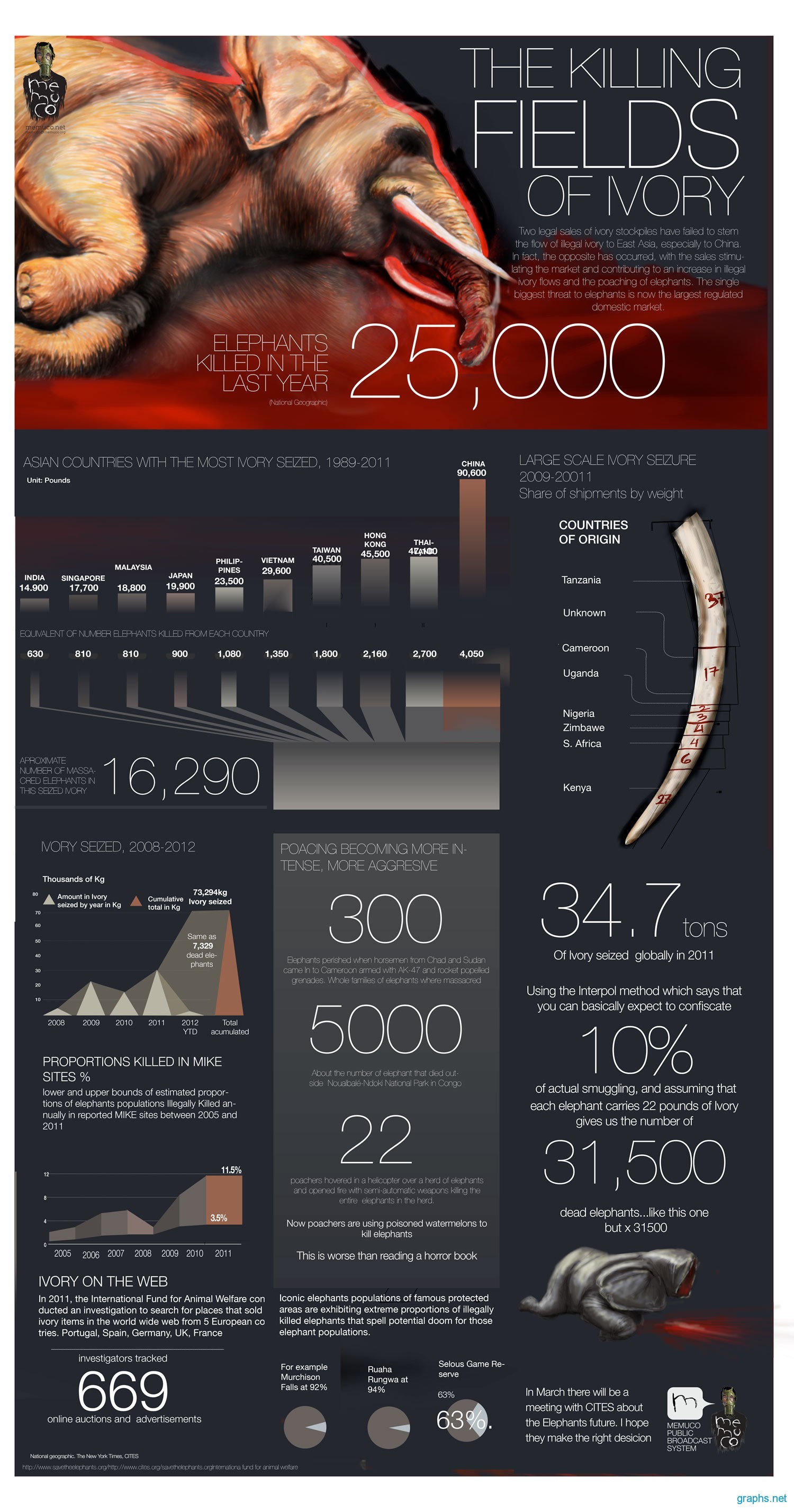 Poaching of elephants has become a common activity for most of the people living in East Asia and especially china. It holds the record for killing 4,050 elephants from 1989 to 2011.

The illegal sale of ivory is restricted in many countries and every year some tons of ivory flow is seized by the respective authorities. In 2011, more than 34.7 tons of ivory was seized worldwide. According to National Geographic, over 25,000 elephants were killed in the year 2011 and poachers have started using several new techniques to kill elephants.

About 300 elephants were perished by horsemen hailing from Chad and Sudan and more than 5,000 elephants were killed in National park of Congo when 22 poachers have opened fire on a herd of elephants.

In 2011, the International Fund for Animal Welfare has made an investigation in order to find places in top five countries that sell ivory. This investigation has tracked about 669 online auctions and advertisements related to ivory sale over internet.