Are You Safe Online? 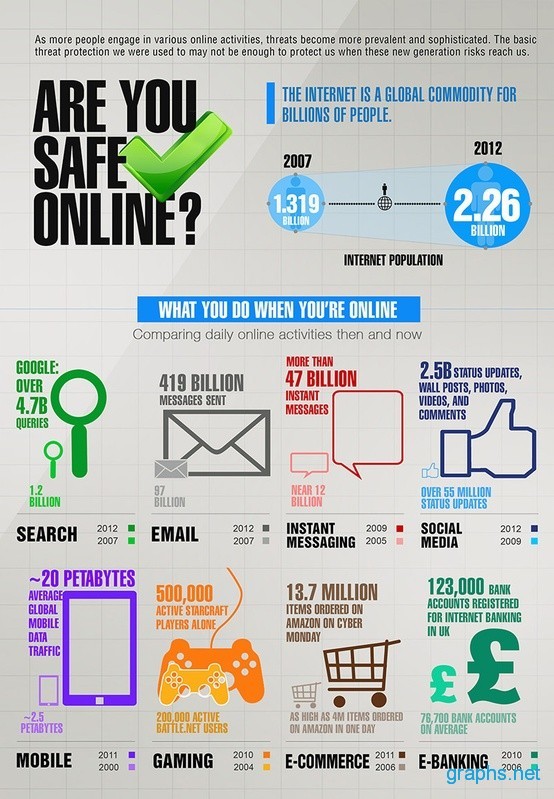 Every day several internet users involve in various online activities. This makes them to fall victims for online threats like phishing attacks and ethical hacking etc. In 2007, the internet population was 1.319 billion and by 2012, it has reached 2.26 billion.

The infograph below gives complete information about various online activities then and now.

In 2007, 97 billion emails were sent by various email users.
In 2012, the number of emails drafted has increased to 419 billion.
Instant messaging: