Slavery, when once people thought of the concept, brought to mind pictures of Africans forcefully carried across the ocean to work mainly in sugar plantations in the new world. And despite the fact that even though that slavery was abolished in the early 19th century and is illegal in recent times, slavery still exists and the numbers are rising at an alarming rate.

Human trafficking, bonded labor, child slavery, forced marriages, descent-based slavery, forced labor; are all forms that slavery has taken in the modern times.Merely for the thrill of domination or for the another person’s profit or for forced sex, the victims of modern slavery are not just denied their freedom but are also exploited and used day in and day out without any mercy or respite.

All around the world, a shocking 29.8 Million people are living under slavery. Slavery is defined as the condition of treating people as if they were one’s property. Conditions of human trafficking and forced labour also counts as slavery.

2. Child Slavery by the Numbers

Child slavery is on the rise around the world with more and more children being sexually exploited and pushed in human trafficking. There are 300 thousand children in the US alone who are at a risk of sexual exploitation and the total cost of child slavery amounts up to almost 12 million dollars per year.

Debt bondage, forced marriage and human trafficking are some of the modern forms of slavery around the world with 30 Million people worldwide are being treated as slaves. India ranks first with almost 14 Million slaves while China Comes nearly 3 million and Pakistan hold the third position with over 2.1 Million slaves. 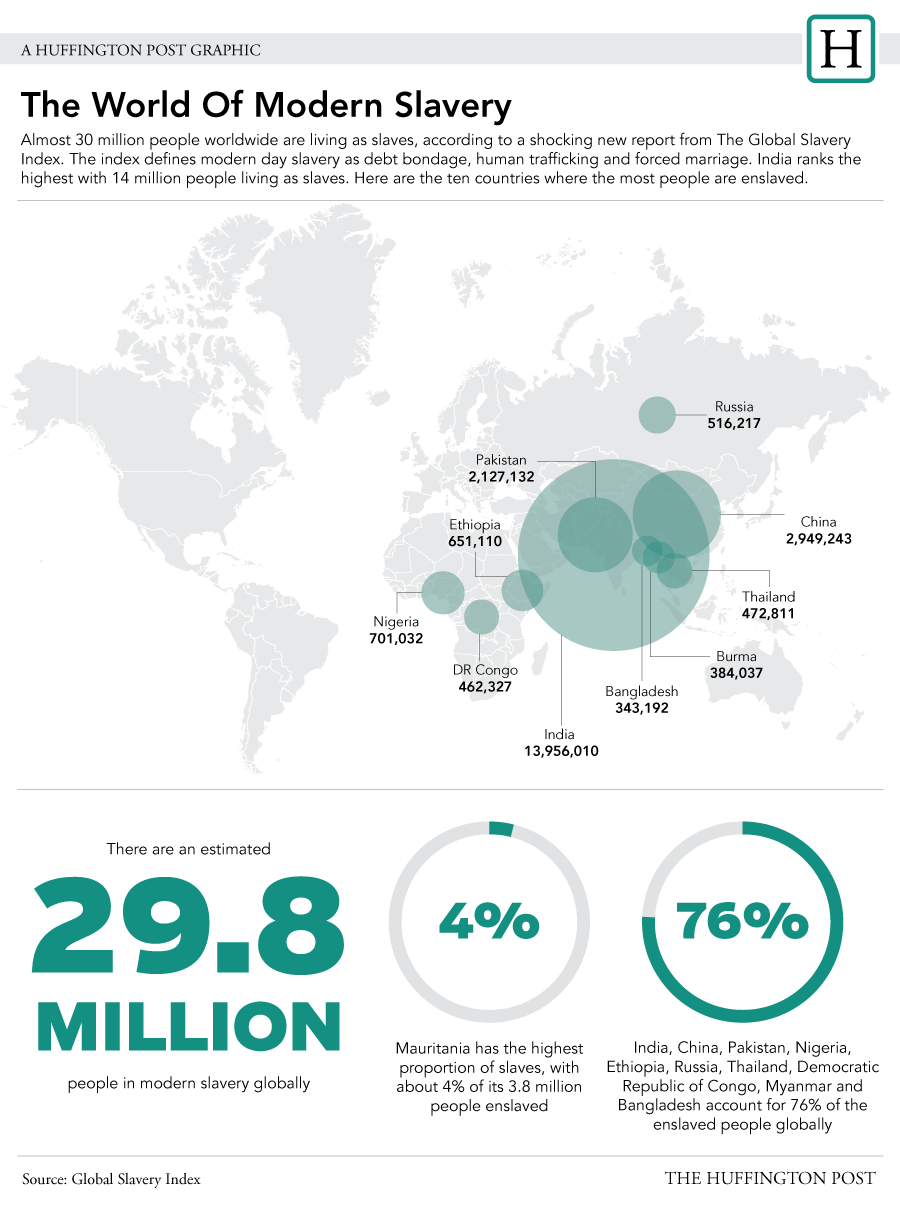 Not only does labour slavery counts as slavery in modern times, sex slavery is also another modern form of slavery that is on the rise worldwide. It is saddening to know that 50% of the 27 million slaves all around the world are under the age of 18 years; with girls making up almost 95% of the slaves who are caught inside the intricate web of sex slavery.

Even though slavery was abolished 150 years ago from the face of the earth, the number of slaves in modern times runs up in millions and it will not be wrong to say that there are more slaves now that their ever was in history.