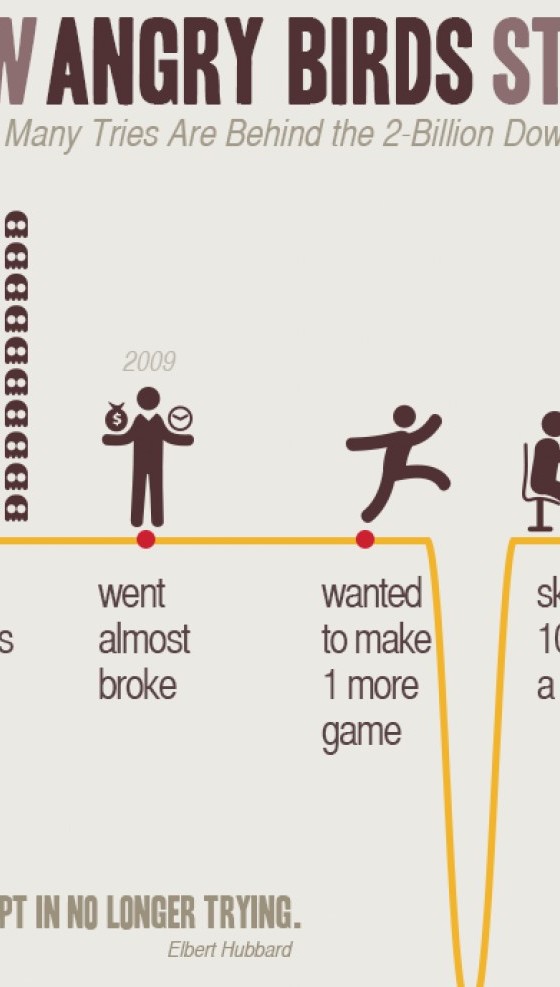 There is rarely anyone who has not heard or played the game of Angry Birds with scores of people downloading it every day. But the story behind all that success is actually a very interesting one.

With his small mobile games developer company reaching a make-or-break situation, Rovio's game designer Jaakko Iisalo, in a moment of inspiration, came up with the concept of the cute round birds with thick eyebrows and yellow beaks.

In less than two years,the Angry Birds became the most downloaded game with over 50 million users on android and even today, statistics claim that time spend on the game rises 200 million minutes every day. And the rest as they say is history.