15 Things About the Human Death Facts 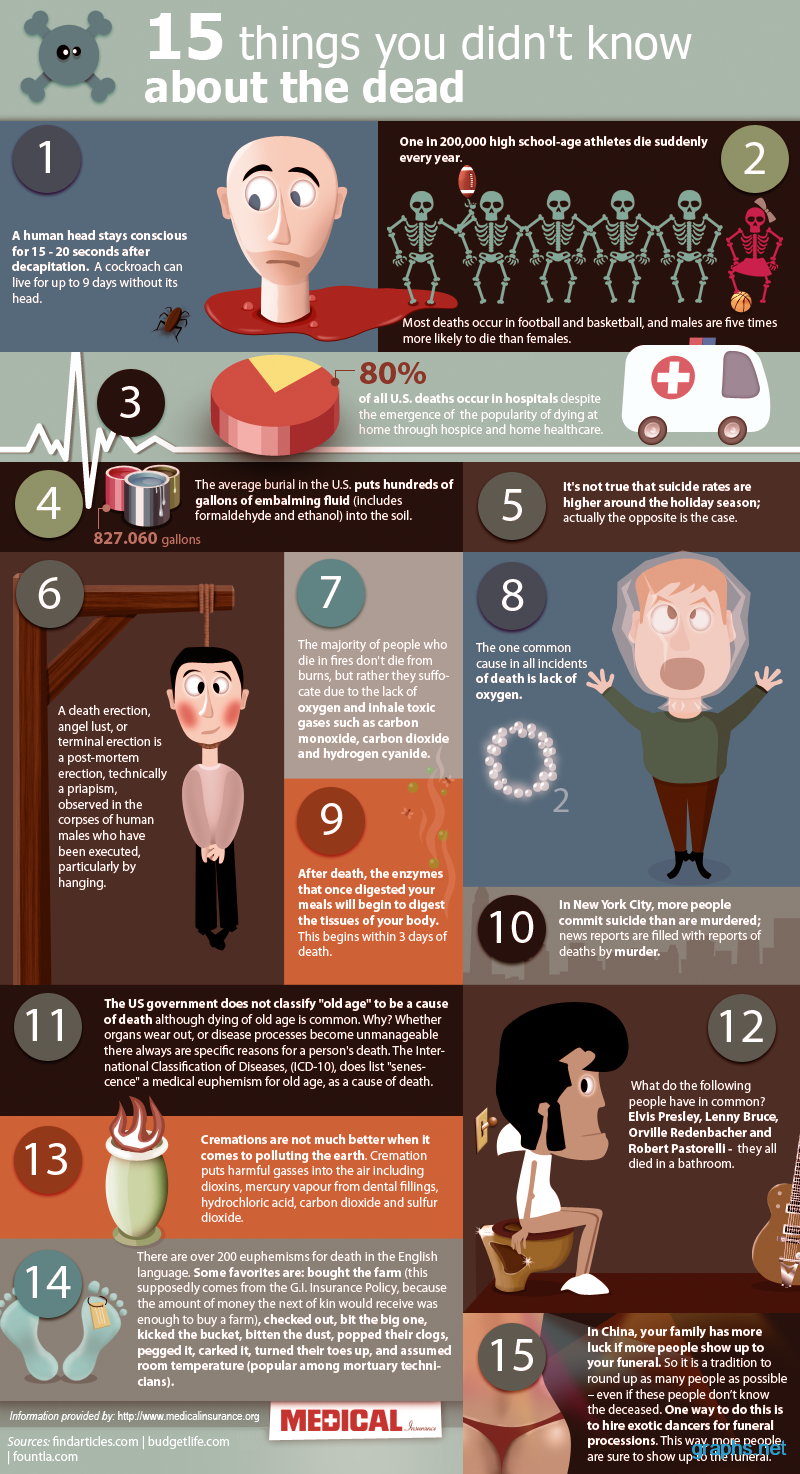 Some weird facts surround death that most of us do not know.

To begin with, 80% of the deaths in the US are caused in the hospitals and the most common reason is lack of oxygen. Suicides are higher during holiday season. Death during fire accidents are caused by asphyxiation and not burns.

More people in New York died of suicide than murder. Elvis Presley and few other celebrities are known to have died in the bathroom.

Categories : Graphs, Lifestyle Graphs | Published by : graphs | Date : Jul 10, 2012
Tags: how many deaths occur in the us annually, suicide human race, us suicide rates by state