Top Most Movies of Hollywood 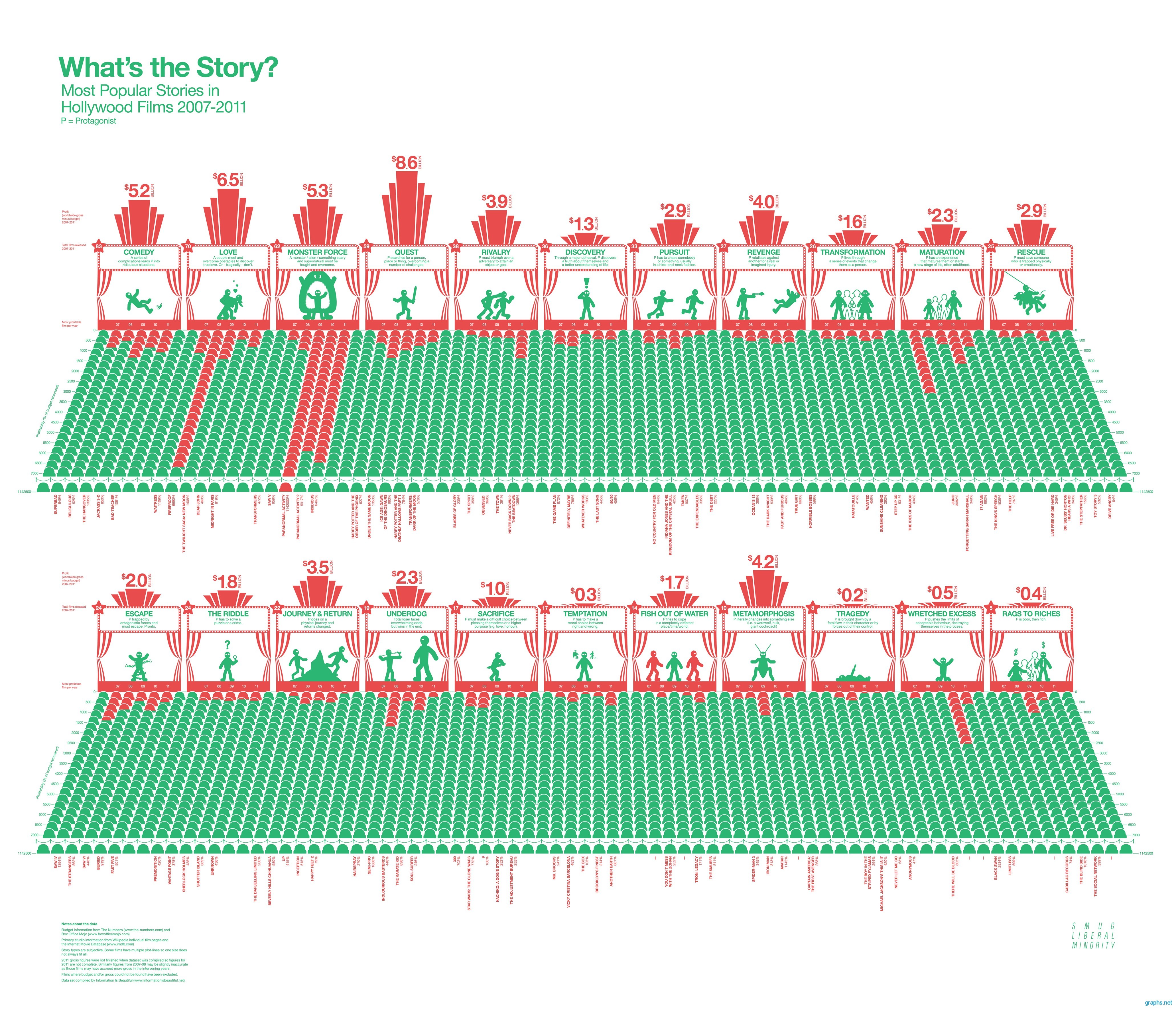 Movies in Hollywood have various plots to satisfy their audience.

Lets explore what stories attract more audience to a particular movie. Movies where protagonists involved in overcoming challenges in the quest for someone or something are topping box office charts.

Between 2007 and 2011 such movies have made over $8.6 billion as profits. Next in line are romantic movies with profits of $6.3 billion. The third position is taken by movies revolving around aliens and monsters including supernatural ones.

They have made about $5.3 billion profits in the last 4 years. These are closely followed by another category - comedy movies.