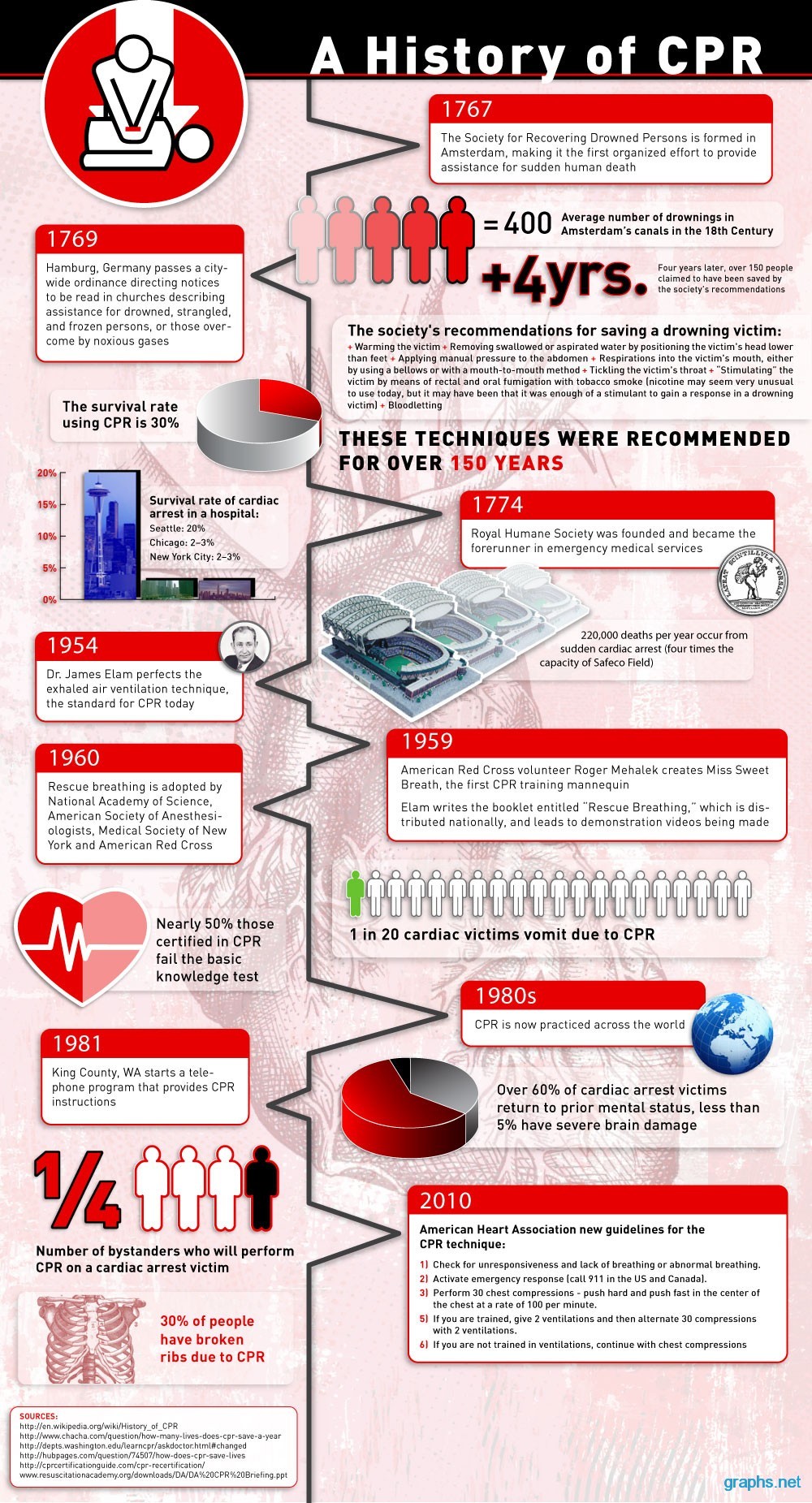 The CPR as we know it today as a history of its own. In 1767, the Society for recovering drowned persons is formed. It was this society which started the CPR in its recommendations for drowned people. It was called rescue breathing back then. The standard for CPR which is exhaled air ventilation technique was perfected by Dr. James Elam in 1960.

Even though the CPR was there for than 2 centuries, the whole world started using it in the 1980s only. Only 1 out of 4 bystanders will perform a CPR on cardiac arrest victim. In 2010, American Heart Association came with new guidelines for the CPR techniques which states clearly on what exactly needs to be done in case of emergency.

Some other facts are 50% of those who are certified in CPR fail the basic knowledge test, 30% of people have broken ribs due to CPR and 1 in 20 victims of cardiac arrest vomit because of CPR.