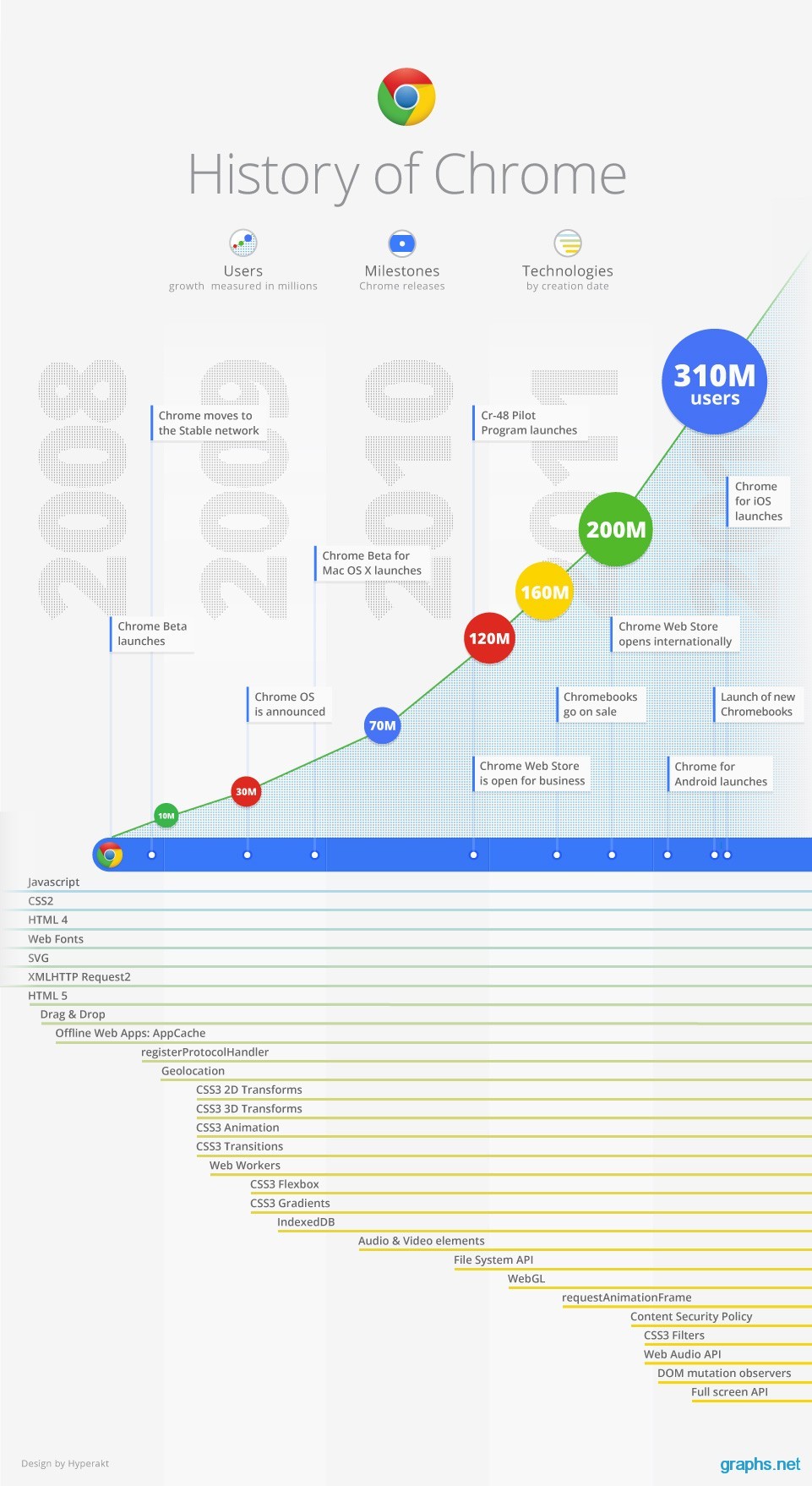 Google chrome is a popular browser over internet and reports predict that 37% of total internet users make use of Google chrome browser. It was launched in the year 2008, and later it was moved to stable network. During the initial stages, there were only 10 million users world wide and the users of this browser has reached to 310 million in the end of 2011.

'If you enjoyed the infographic, please consider sharing it using the buttons on the left side!'