The proper and correct definition of a ‘geek’  may not be clear to many. This term was originated in the 1950s but its meaning and effect has changed over this period of time. To know more, go through the following facts about Geeks.

Geeks are those who have specific interest in a particular lifestyle and can be pretentious and longwinded. On the other hand, nerds have fascination with academics and are kind of introverted in nature. Geeks are fans of gadgets and may wear ironic T shirts whereas nerds may have impractical skills due to broad and varied interests.

The different types of geeks

The Apple Fanboy Geek is the kind of geek who can be seen wandering through Apple stores helping customers whereas the chic geek may know the names of chefs of the top restaurants.  The Cosplay geek can be easily spotted drinking red bulls and trekkie geek may know 10 ways to say ‘honor’ in Klingon.

The evolution of the geek

The term geek finds it origins in the 1500s when it meant someone who was considered a fool. Some different types of geeks may include film geeks, food geeks, design geeks, star trek geeks, music geeks, star wars geeks and glee geeks. Earlier, being called a geek was considered an insult while today it is taken more as a compliment.

Geeks and hipsters are different and some points that make them different are given as follows:

Battle over the geeks

Age of the ecommerce geek

17% of Americans identify themselves as geeks out of which 50% are technology engineers, 37% are professional bloggers and 65% are video game designers. A total of 82% of the people surveyed felt that it is more acceptable to be a geek at the given day than it was 15 years ago.66% of the people between the ages of 18-34 think that being called as a ‘geek’ is a compliment to them. 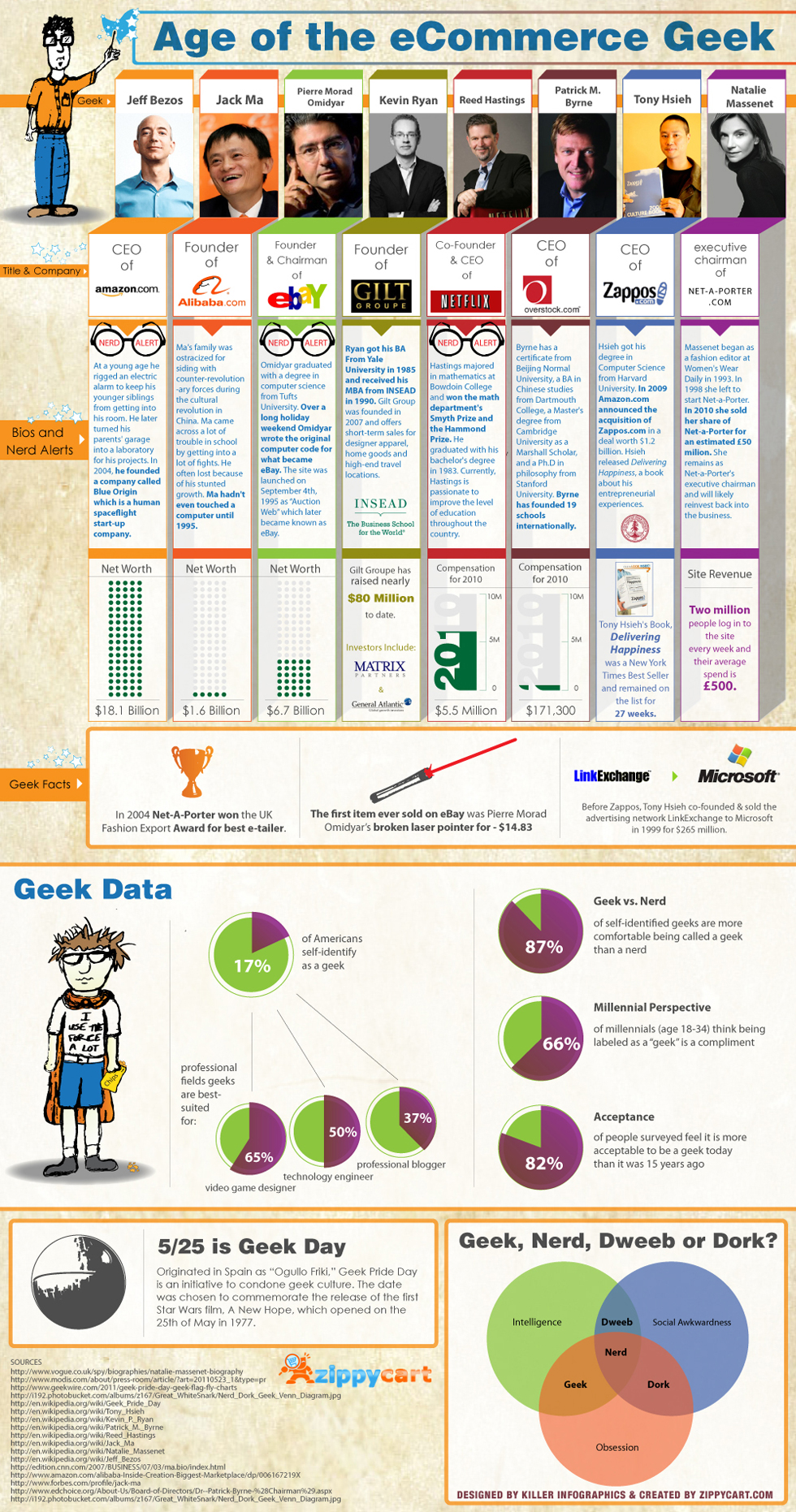 The anatomy of nerds and geeks

Nerds are people who are categorized by the following attributes:

Geeks are people who are categorized by the following attributes: 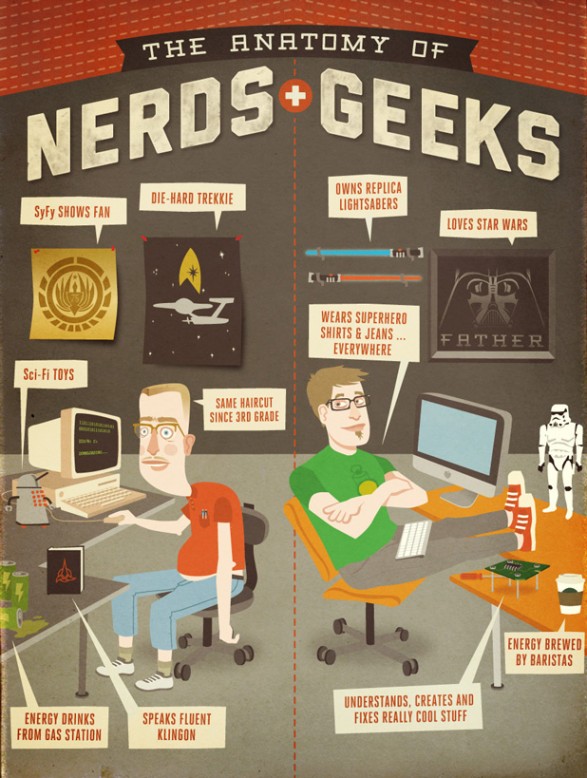