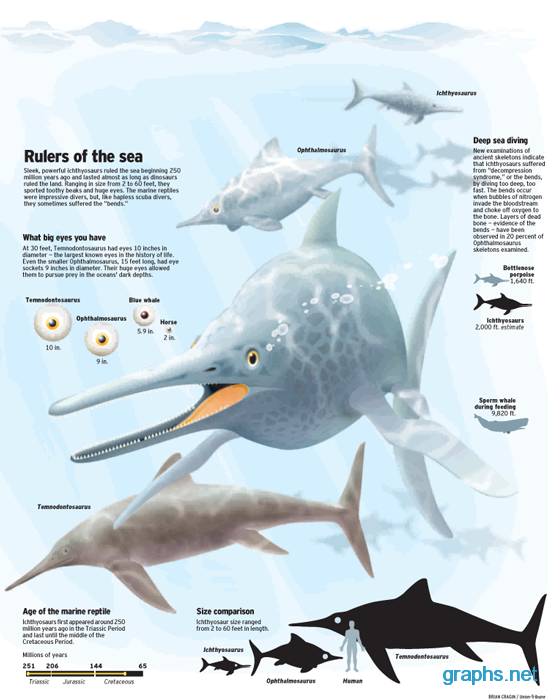 Ichthyosaurs are prehistoric reptiles that ruled the sea some 250 million years ago.

They were huge marine reptiles that ranged in length from 2 to 60 feet. They sported long toothy beaks and had two large eyes. They were known to be impressive divers. The huge eyes helped them see clearly even in the depths of the ocean floor.

But due to diving very deep into the sea too fast, they suffered from decompression syndrome. Here the nitrogen bubbles invade the bloodstream and choke off oxygen to the bone. They appeared in the Triassic period and lasted up to the Cretaceous period.