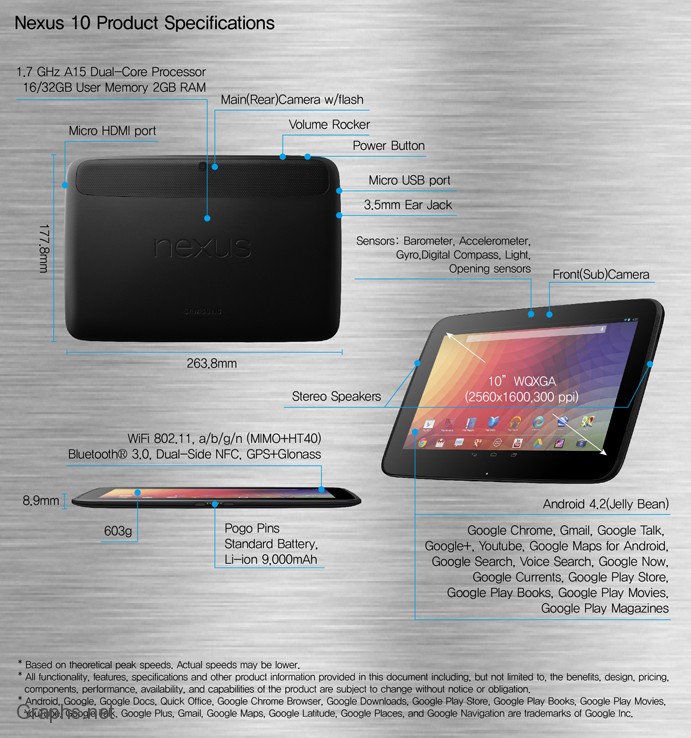 Google has targeted the seven-inch kindle Fire tablet of Amazon and paired up with the ASUS to launch a new version of Nexus tablet. And now Google has launched Nexus 10 to give stiff competition to the Samsung, that has dominated the tablet market.

The Nexus 10 holds the record as "world's highest resolution tablet display". Android 4.2 Jelly Bean is the upgraded version of operating system used for this tablet and it has excellent stereo speaker that generates huge output.

The price of the Nexus 10 varies with the inbuilt memory. The tablet with 16GB and 32GB costs about $399 and $499 respectively and this latest gadget will roll out in all Google stores located in US, UK, Germany, Japan etc from November 13th.