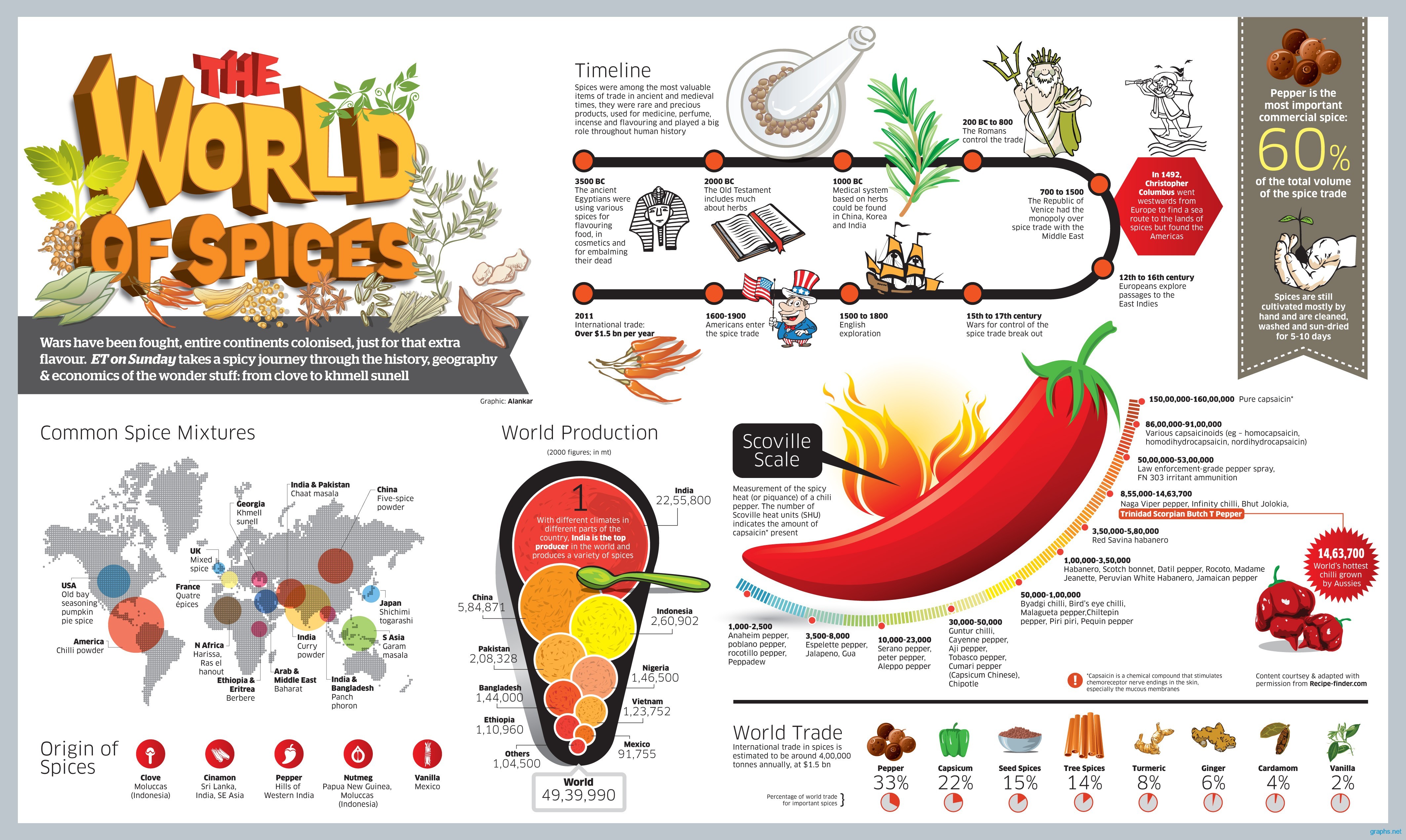 Spice trading has been known to mankind since the ancient and medieval periods.

The first usage of spices has been recorder in 3500 BC when Egyptians used spices for flavoring food and in cosmetics. Around 1000 BC oriental manuscripts detail the use of herbs as medicines. While Romans had the control of spice trade in 200 BC, Venice controlled its trade in the Middle East until 1500 AD.

With the entry of the English and Americans, between the 15th to 17th century came the war to establish monopoly over spice trade. Today the international spice trade is a billion dollar business. India is the number one country in the production of spices.

Red chillies are the spiciest of the lot with the hottest one being produced in the Aussies. Pepper dominates the world with over 1/3rd of the total share in spice trade.