Illicit drug use in America – statistics 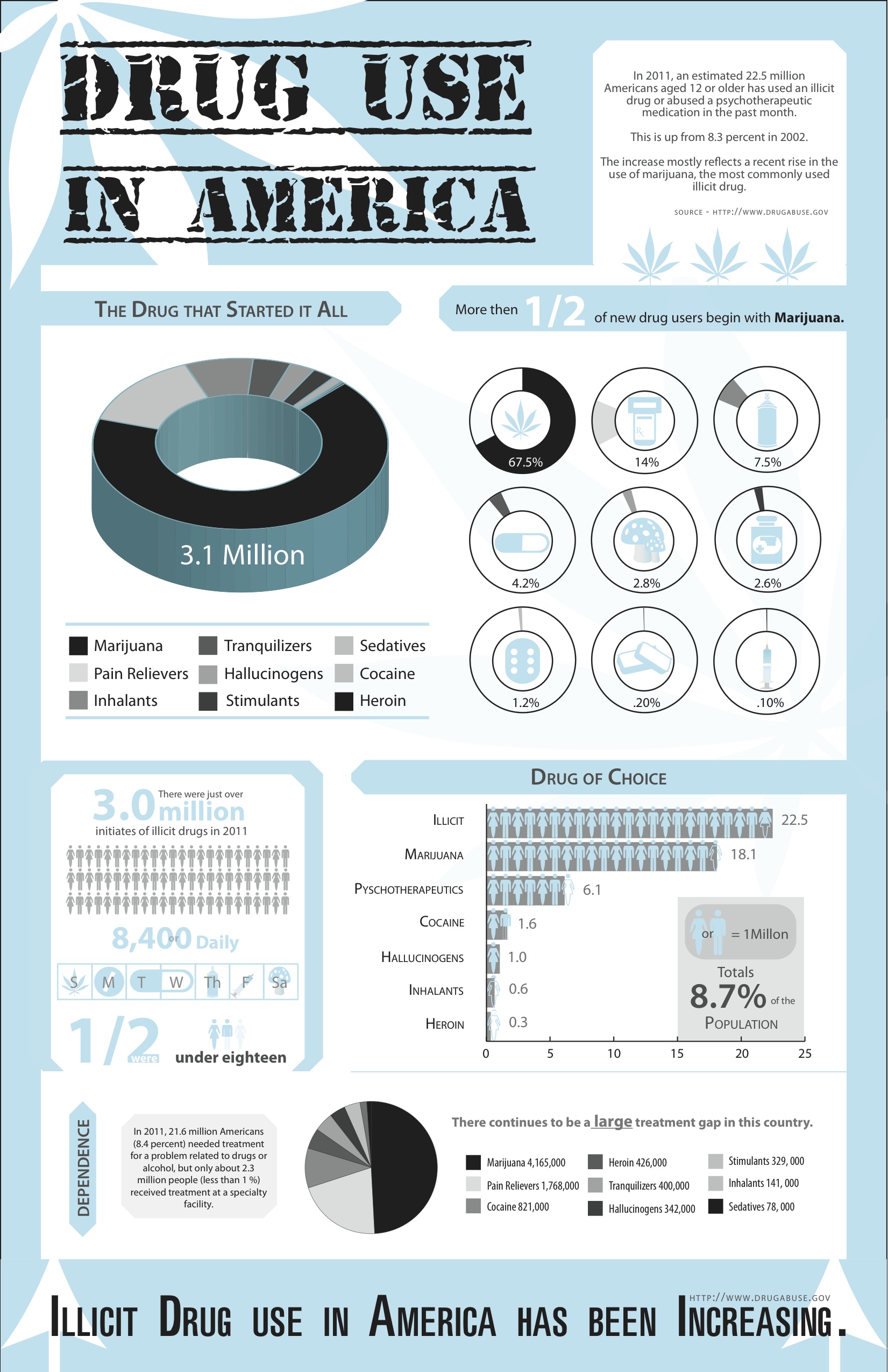 Despite of imposing strict anti-drug laws in America, a survey predicts that still there are many youth and aged individuals addicted to illicit drug use in United States. It even states that U.S leads the list of illicit drug use when compared to other countries on the planet.

From last 10 decades, drug abuse and addiction has been a major problem among the citizens in America. It has affected the health condition and depleted financial resources of the individual who have suffered with drug abuse.

It is estimated that in 2011 more than 22.5 million Americans aged 12 and above have been using an illicit drug such as marijuana, cocaine, heroine etc and the number has been increased by 8.3% from 2002.

From a total of 3.1 million drug addicts in America, 67.5% of individuals consume marijuana, 7.5% of them got addicted to inhalants and 2.6% of individuals were protected using stimulants.

A survey states that every 1 out of 2 new drug users begin their addiction with marijuana, a most common form of drug that is widely available in United States. Every 1 in 2 individuals consuming drugs are aged below 18 years.

In the year 2011, over 2.6 million Americans have visited various hospitals to receive treatment for the disease occurred due to excessive alcohol consumption and drug abuse, but surprisingly only 2.3 million from the total victims have received treatment at special rehabilitation and medical heath centers.