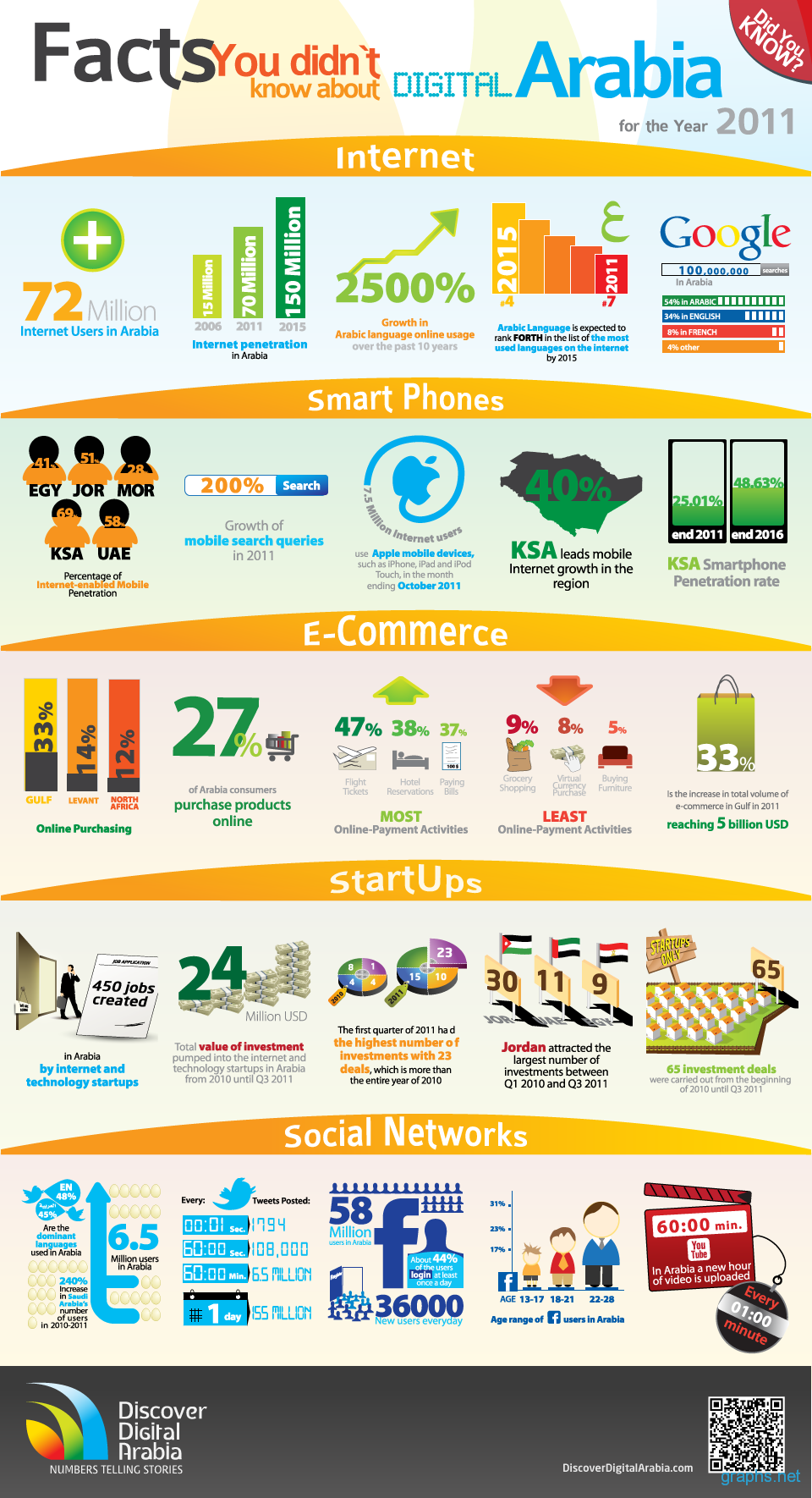 In recent years, Arabian countries had a phenomenal change in the usage of digital devices and technology. People of Arabia are improving digitally in various aspects such as usage of internet, smart phone, social networks, e-commerce and start ups.

For more information about digital rise of Arabia, go through the below infograph.

Arabia has 72 million internet users
Estimated that by 2015, the online population of Arabia may raise to 150 million
By 2015, Arabia will be the 4th top language used on the internet
Social networks:

There are 58 million Facebook users in Arabia
Over 44% of users will log in atleast once a day
Every day, more than 36,000 news users are signing up with Facebook in Arabia
Twitter has a user base of 6.5 million and for every minute 6.5 million tweets are composed by several users
Start ups:

Over 450 new jobs were created by technology startups
More than 65 investment deals were carried out from 2010 to third quarter of 2011.