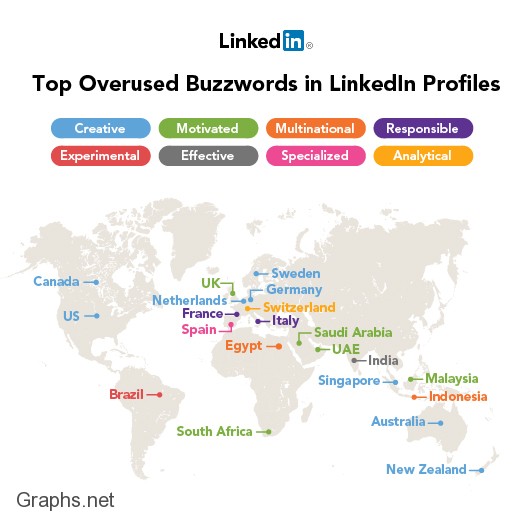 With 2013 approaching in very few days, it’s time to refresh the list of commonly and most used words in the leading social media network, LinkedIn. Using word such as creative, effective and motivated will make your LinkedIn profile similar to other profiles with same skill set.

'Creative' tops the list of buzz words and other buzz words that are commonly used among the workers in United States includes organizational and effective.

A survey was conducted on 187 million individuals using LinkedIn as their professional networks and generated a report that comprises of top buzz words in various countries that are on LinkedIn.

Countries: France and Italy
The other buzz words that are very often used in most of the LinkedIn profiles include effective, experimental, specialized and multinational.