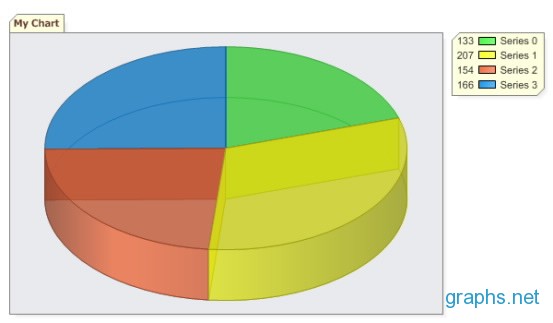 ASP, or Active Server Pages, is a server-side script engine developed by Microsoft. It is used to create dynamically generated web pages and is used together with Microsoft Server. Like Java and PHP, ASP is used to create content on the fly, usually from a given data source. However, unlike the former two, ASP itself is not a language but a platform, relying on languages such VBScript for the actual code. Being a server-side engine, it removes the burden from the user’s web browser and computer in creating dynamic content and also leverages on Microsoft technology on the server.

Creating an ASP chart to be displayed on a web page, specially from dynamic data sources, is a bit more involved as compared to creating charts from spreadsheets. Programming knowledge, specially in VBScript, is required in order to write the “converter”. The benefits of such an approach, however, include being able to serve graphs that are generated from different data sources on the Internet, or even allowing users to generate charts based on their own input. Writing charts in ASP, or any web-scripting language for that matter, is extremely useful if the task of creating the graph needs to be automated or repeated a number of times, with data coming from variable sources.

ASP.NET, the current incarnation of ASP based on Microsoft’s .NET framework, expands on ASP. Any .NET language, such as VC++.NET, VB.NET, and C#, can now be used to create graphs and charts. It also leverages on the object-oriented nature of the .NET framework, allowing the use of reusable components from other vendors, such as .netCHARTING (http://www.dotnetcharting.com/), for generating accurate and beautiful charts, rather than having to write the code from scratch.