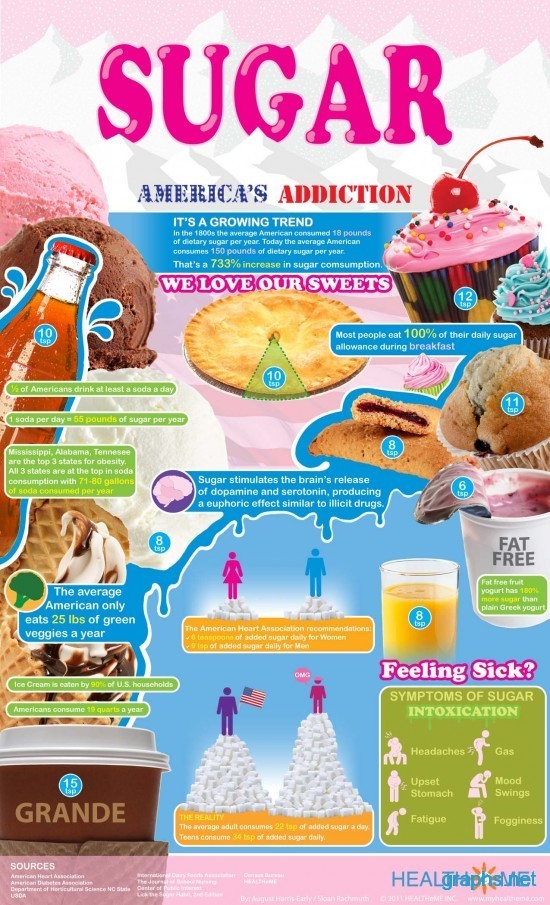 Americans are consuming more sugar than ever and it’s been a growing trend among the people residing in America. Mostly the sugar content that gets added into their body comes from soda and nearly 50% of the total America’s population will drink at least one soda per day.

From all the US States, the three top states that lead the other US states in terms of obese people include Alabama, Tennessee and Mississippi. People in these three states drink at least 71- 80 gallons of soda every year. Few symptoms in body that would depict the sugar intoxication include headache, stomach upset, mood swings and fogginess.