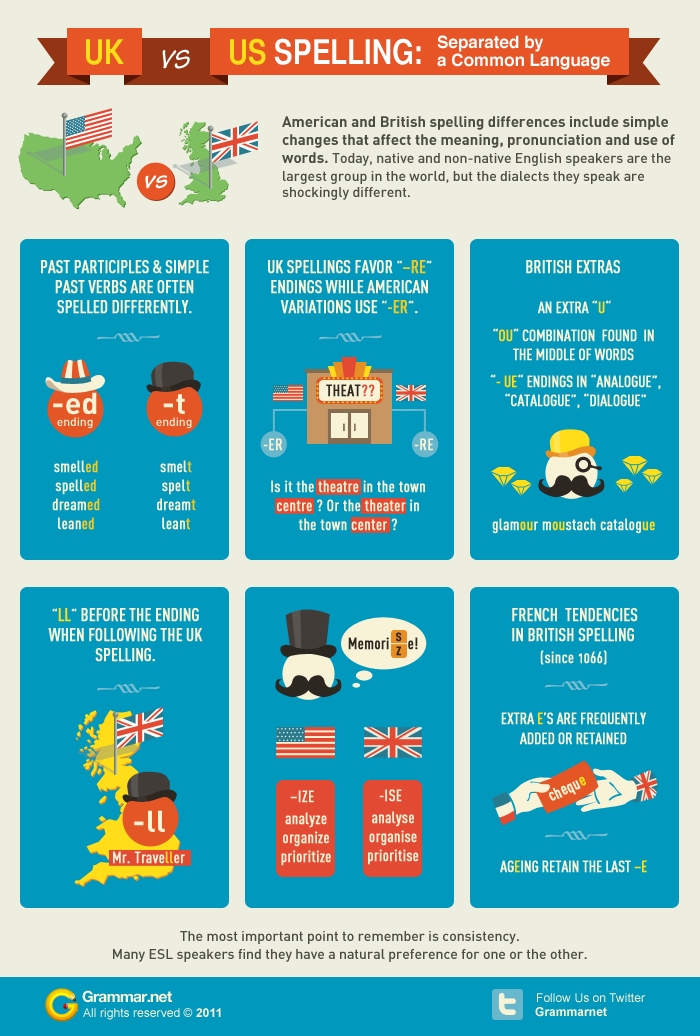 Communication is a main tool of socialization, with colonization of major nations around the world English has been taken up as the most spoken dialect around the world.

But with dominance of two super powers USA and UK on the language has created a difference in the sound and meaning of the words. There are many words in the English which has different meaning and pronunciation respective to the USA and UK.

Past participle and simple past verbs are often spell differently if it is Smelled in US it is Smelt in UK.

UK uses LL mostly in the end of spellings where US don’t.

The words which end with IZE are US words and words ending with ISE are UK words.

French have an impact on the language of UK as British English consists of extra E’s in its words.