Home  »  Security Graph   »   A Timeline of School Shootings Since Columbine

A Timeline of School Shootings Since Columbine

How many school shootings have there been since Columbine? If you had to guess, what would be your guess? Surely, specific events come to mind, like the horrifying Sandy Hook Elementary shooting, the emotional Parkland shooting, and the bloody Virginia Tech shooting, but we all know that the number is likely greater than four or five.

The vast majority of these bloody events don’t get national press coverage, as most of them may only result in a few deaths or injuries. Added together, however, one can see how desensitized we’ve become to this type of violence, with more than double the number of school shooting fatalities happening between 2014 and 2018 than between 1999 and 2003. No matter what your attitudes are on gun violence, it’s important to keep facts like this in perspective. For more details go to securitybaron.com. 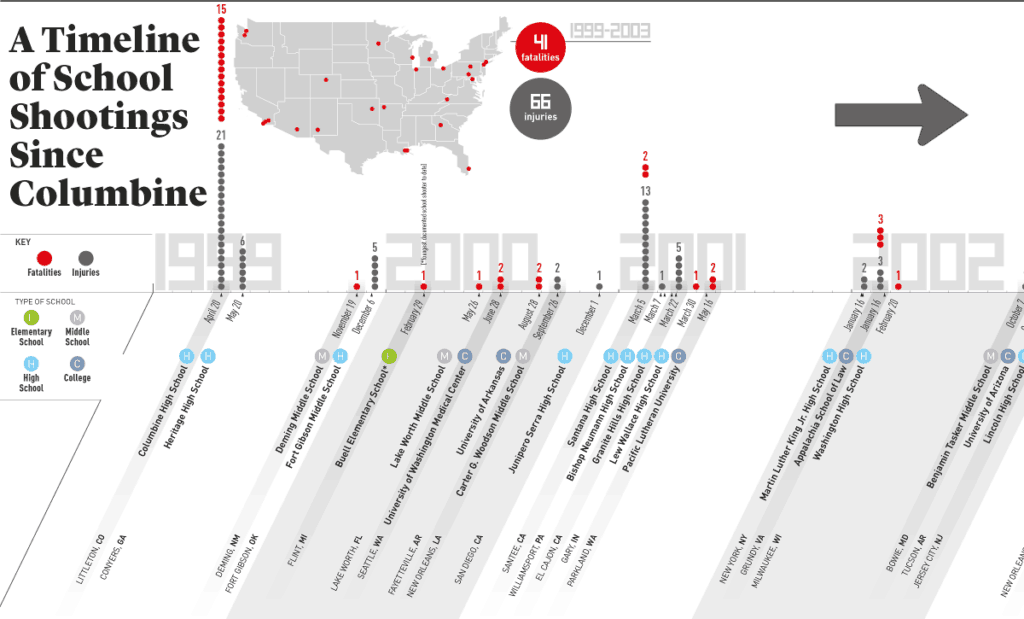